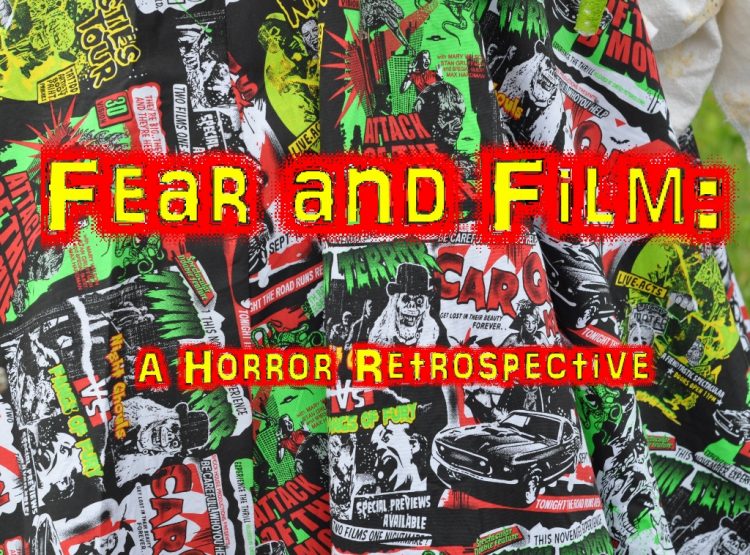 Hey, everybody! Happy October! Since its Halloween month I wanted to do something special. And so I’d like to introduce: Fear and Film, where we look at one horror movie per decade from the past one hundred and twenty or so years until now. I’m really excited to go on this trip through time and look at these films and how they change and evolve as we progress. So let’s start back at the beginning by looking at Georges Méliès’ Le Manoir du Diable (The Haunted Castle), released in 1896.

I was thinking about looking at multiple films from this decade simply given the fact that films at this time are very short. To put it in perspective, The Haunted Castle has an ‘ambitious’ runtime of three minutes, 18 seconds. But it feels like a disservice to these films to do shorter reviews of multiple entries, so we will just be talking about The Haunted Castle, considered by some film historians to be the very first horror movie.

To start things off, what I found most fascinating about watching this film was the special effects. This film is 121 years old, what we’re seeing is special effects like the stop trick (or substitution splice) at the time of discovery. And these effects aren’t used sparingly, either. Méliès starts the story off with one, as a bat transforms into Mephistopheles and ramps it up in the ensuing chaos. Even though Mephistopheles is a demon, the bat transformation and other imagery such as the specters/brides have led some to call this a vampire (or perhaps proto-vampire?) movie. If that were the case it would also be the first of that genre. As to the effects themselves, they are really well done. Méliès wasted no time in making the most of this technique with awesome results as things appear and disappear throughout the runtime, from single items or creatures to entire groups of specters. Even jaded, cynical, modern me watched it bright-eyed, exclaiming ‘this is so cool!’ to myself.

The story of the film is pretty simple: Mephistopheles appears and he and his minion make a woman in a magic cauldron. Two ‘cavaliers’ show up and he proceeds to mess with them as much as possible until he is finally scared off by a large crucifix. The acting is very pantomime, which makes sense for the time, Méliès’ theatre and magic background, and the fact they are conveying the story without the assistance of sound. There is one actually quite funny part near the end when one of the cavaliers decides he wants no further part of this and takes his leave rather… abruptly. There’s another part that I didn’t notice until my third or fourth watch where they actually jog the set and the whole thing moves. It doesn’t distract from the whole experience, though, and kind of adds to it. I looked to see if there was a (hand) colorized version to watch, but if any were made they do not appear to have survived the passage of time. Although to be honest, I don’t think that would affect my level of enjoyment one way or the other, but it would have been neat to see. It's not scary in any way to a modern eye, but to audiences of the 1890's? Might have been a different story.

In conclusion, this was a fantastic way to start off a retrospective on horror movies. I had so much fun watching Le Manoir du Diable/The Haunted Castle, and I would one hundred percent recommend people check it out. This is the first time I’d ever watched a movie of this kind of age, and it was a wonderful start to exploring movies at their very beginning. I hope you all enjoyed this and come back next time when we are going to look at the film from the turn of the 20th century!

This entry was posted in Movies and TV and tagged Halloween, horror, movies. Bookmark the permalink.

One Response to Fear and Film: A Horror Retrospective- 1890’s