WARNING- THIS REVIEW IS SPOILER HEAVY FOR BOTH THE BOOK SERIES AND THE FILM. IF YOU DON’T WANT TO KNOW THE INTIMATE DETAILS OF EITHER ONE, STOP NOW. I have done a spoiler-free review of The Dark Tower film HERE, and that would be a better place to go for my thoughts on the film. If you read on, consider yourself fairly warned. Also possible language and fan-ranting, although I will try to explain myself when I do. This is also a long one, folks, so strap in if you're going to go down this rabbit hole with me. 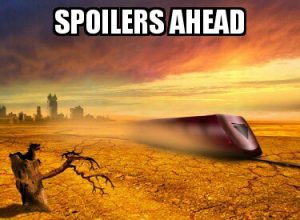 To start with, I’m going to come right out and say it. This movie is fine. It’s fine. Which is good in that I’m not here going ‘it’s horrible’, but at the same time I really feel like this movie should have been a lot better than a mere ‘okay’. My first issue is the runtime. I was starting to feel not too bad about this film in the final lead up to it; I’d made my peace with the fact that this wasn’t going to be an adaptation but a continuation of the story and that this was going to be the next cycle of Roland’s quest that began with the end of the seventh book. I was willing to give it a chance to see where it was going to go. Two days before we went we checked how long the movie was to help plan things out and that’s when all those doubts came screaming back. Ninety-five minutes. That’s it. And it pissed me off, and in a weird way was almost offensive. They plan to open up this huge, expansive world that touches on basically everything Stephen King writes or has written in one way or another, and all you’ve got to do so is ninety-five minutes? This movie should have been at least two hours, easily. Then perhaps we wouldn’t have had to condense and simplify so much, and many things that were more like Easter eggs would have been better explained. Like when Walter uses Maerlyn’s Rainbow, especially Black Thirteen. If you had no idea about the series (and I have such a person to bounce these questions off of), then the importance of things like this get lost. Or the rose painted on the door at the end. 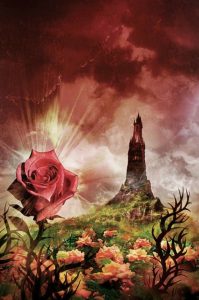 whose importance to the story is in the neighborhood of 'extremely'

There’s so many things that should have been more than references, things that have so much importance to the story. You don’t even hear Roland’s father called by name, which is kind of silly considering how often in the books he introduces himself as ‘Roland, son of Steven’. How hard would that have been? They managed to sneak in some Mid-World speech patterns at the village, after all. It’s just so… bare bones. I get that you don’t want to alienate non-fans, but there wasn’t really much for anyone to sink their teeth into, unless they were watching for all those little nods. And that just makes you wish they’d explained those better.

I'd trade some of these nods for more story any day

It’s not all doom and gloom. The cast for this film is really, really good. Tom Taylor as Jake does really well. You just have to remember, this isn’t the same Jake. This is not book Jake, the kid from 1977 whose father ran a TV station. This is a Jake from presumably today, from a different Earth (in contemplating the lore, I believe book Jake couldn’t have come from Keystone Earth). But he has a lot of the qualities of the Jake we know. In the movie, they call psychic abilities ‘the Shine’ as opposed to ‘the Touch’, presumably to establish the fact that all of King’s stories are connected and that ‘the Shine’ would be familiar to people without too much explanation. As I said in my spoiler free review, I had so much fun with Matthew McConaughey’s portrayal as Walter O’Dim. I thought that was great casting and he was clearly having a lot of fun with it. I never thought he was too goofy or over the top and I really liked his menace. I would have loved to see him in some of the scenes from the book; raising Nort from the dead and the palaver with Roland at the Golgotha especially. I think those would have been fantastic with this cast.

Speaking of the cast, I have to talk about Roland. I have no issue with his casting, I’ll get that out of the way right off the bat. When this project was first announced, I’ll admit that my dream casting was Viggo Mortensen (as Clint Eastwood is a bit too old now and Scott Eastwood isn’t quite old enough) and I thought he would have made a great Roland. But Idris Elba was fantastic, and you can’t deny that. He really does embody that character awesomely. The only problems I have with him aren’t due to Idris Elba, they’re story issues. I alluded to this problems in the spoiler-free review but now I can elaborate on them further. I may have been irritated by the short runtime and dumbing down of the story, but in a way I can understand them. What I find to be unforgivable, and maybe this is just me as a fan, is the horribly out-of-character aspects of Roland’s story. The first is Roland saying he’s not a gunslinger anymore. Excuse me? Being a gunslinger, especially as the last, is fundamental to Roland’s being. He would never deny what he was. Gunslinger isn’t just a title here, folks, it’s more than a way of life, it’s a symbol. You can see it when they meet people on their journey to the Tower. Gunslingers are almost mythical now, emblems of a time before the world moved on. For Roland to deny what he is, is to deny himself at a fundamental level and I don’t buy that. The second thing is that in the film he’s neither looking for the Man in Black or the Tower. Okay, being a gunslinger is fundamental to Roland’s being, but finding the Tower is why he gets out of bed in the morning. Finding the Man in Black is his goal the entirety of the first book. And I know, you’re going to say ‘well this is a continuation, maybe in this cycle Roland isn’t looking for these things’. Bull. Shit. If I may, let me quote The Dark Tower, the final book in the series (Coda: page 827):

'How many times had he climbed these stairs only to find himself peeled back, curved back, turned back? No to the beginning (when things might have been changed and time’s cursed lifted), but to that moment in the Mohaine Desert when he had finally understood that his thoughtless, questionless quest would ultimately succeed?'

I took that to mean that he was always sent back to the point of no return, that he was far enough into his quest that he would no longer turn back or away from it. Why then would this version of Roland be anything other than single-mindedly looking for that which he has been looking for since he left Gilead for the last time?  And he basically says he’s abandoned his quest and that the world’s moved on and there’s nothing to be done? Book Roland would look movie Roland right in the eye and tell him he’s forgotten the face of his father. And I agree. You can throw out all the excuses about the timeline and this being a continuation, but f$%&ing up two of the most basic parts of Roland’s personality are unforgivable to me and the biggest issues I have with this movie. Perhaps this makes me an insufferably pedantic purist, but these are crucial character elements, as important to the character of Roland as those big, sandalwood-grip guns he carries. 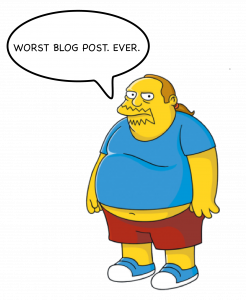 I'll get off my soapbox now

Overall, despite my issues with the film, it really isn’t bad. As I said, it’s fine. But I do wish it had been better. What did I want to see, then? Basically, I wanted the story of the books on the screen, I wanted the Gunslinger’s tale done with all the love and detail that Lord of the Rings had. I wanted to see Tull, it’s people, and the battle that took place there. I wanted to hear drunken, ragtime Hey Jude and meet the farmer, Brown, and his raven Zoltan. I wanted to see the waystation and the Slow Muties under the mountains and the sacrifice of Jake. I wanted the movie to start with the opening line, hear Jake say ‘Go then. There are other worlds than these’. They even use the last part of that line as a tagline on the poster, but never in the movie. 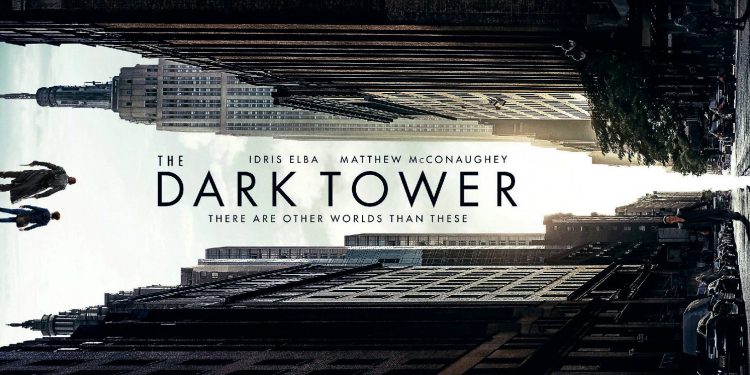 I ran this by my non-fan source and he took that line very differently from someone who knows the meaning behind those words. And I realize that doing a faithful adaptation of the first book probably would have pushed it close if not into an R rating, and I get that they probably didn’t want to go there. I just wanted something more from this film, and I hope if they go forward with the myriad plans they have to continue this universe, that they actually do something with it. Because you know what else I want, later on? I want Eddie and Susannah, I want the ka-tet on screen, I want to see Blaine the Mono and Lud and Shardik the cyborg bear. 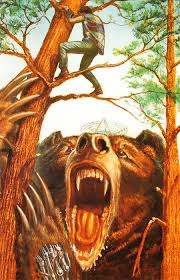 If you’re going to make films in this world, give us this world. There’s so much there, don’t waste it.

In the end, would I recommend this film? Yeah. It’s a good time if a simple story. Idris Elba gets to be totally badass and awesome and Matthew McConaughey gets to be slimy and evil and it’s great that way. There’s the start of something good here, we just need to bring it out and really show the amazing world that Stephen King created for these characters to inhabit. I stand by my rating of 7.5/10. Just make the next one better.

One Response to The Dark Tower Spoiler Discussion