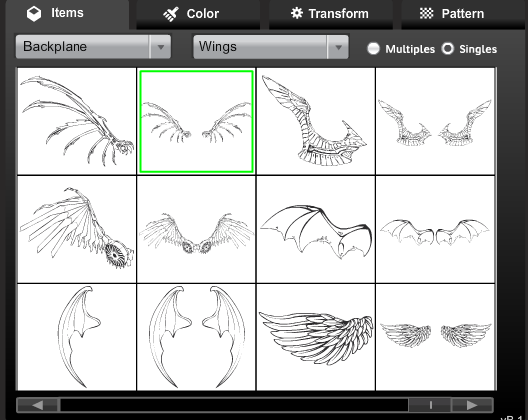 Your CDC this week is to create an original character of your choosing. Catch #1 is that you must include  pieces found in Items – Backplane – Wings as part of your design. Catch #2 is that you cannot use them as actual wings.

Please note than unlike previous CDCs which would close at 9 am the following Sunday, this challenge closes at 9 am eastern on Saturday, July 22.

This contest will close on Saturday, July 22nd at 9:00am Eastern.