Trailers of the Week

Hey everyone, coming at you with some new trailers and stuff this week! April’s been a bit thin on films we wanted to see, other than Colossal, which isn’t playing near us, but there were a few trailers this week that I wanted to talk about. Also, at the end I’m going to show off something I picked up yesterday that I’ve been meaning to get my hands on since its release. So, without further ado, let’s get to it.

This is something I’ve been waiting to see something concrete from. I’d heard Cloak and Dagger announced a while ago and I was pretty excited to see what would come of that. This trailer doesn’t give you too much: lots of drama, hints of some kind of shadowy control over everything, and a tiny taste of superpowers. This one’s coming out on the ABC channel Freeform next year, so I don’t know if or how much it will tie into the Netflix series’ and the greater MCU. So far, I’ll give it a cautiously optimistic as there’s not too much to go on yet.

Ugh. Okay, I’m a fan of Stephen King’s work (to put it mildly), and so the idea of making a TV show of The Mist should, on the surface, be exciting to me. Except….this story doesn’t really lend itself to the longer format of TV. It does great as the short story and in the contained structure of a film because the limited time makes you feel the tension more than drawing it out over a season or three. And I really feel like you’d get into the same position as something like The Walking Dead: where do you go from here? How do you keep that story going without doing like the aforementioned zombie show and just reusing the same ideas over and over with a few names changed? 10 Cloverfield Lane was incredible in its suspense but it would have made a ridiculously boring TV series. That’s not even looking at some of the other issues I have with this. First, the mist itself doesn’t make you crazy. It was the fear, isolation, and the sense of unknown about the mist and the creatures that inhabit it that made people crazy. It was a study of the reactions to extreme situations and how we people are often scarier than the monsters outside (although the part in the film when the girl’s neck swells up like she had Captain Trips is pretty unsettling). Under the Dome was a better idea for TV because the passage of time was needed to develop the story (I didn’t watch it so I don’t know if it was any good or not) in a way I don’t think The Mist needs. Pass.

I’ll be honest, this isn’t really the kind of movie we go to see. I like my historical films a little more ancient and my other half doesn’t do politics. We initially watched this trailer because the thumbnail was a shot of John Boyega and we’re always interested to see other things that Star Wars alumni are doing. This looks intense, to a point that I can’t think of a good adjective to use here other than maybe one that starts with ‘f’ and so I will refrain. I’m not even sure what to say about it because I don’t feel well-versed enough in the history to comment on it. As a film though, I am liking the overall look and from what I can see of the way it’s shot. After watching the trailer I am definitely intrigued, and while I don’t think it will be an easy movie to watch, it looks like it could be really good.

The Hitman’s Bodyguard Trailer and Poster 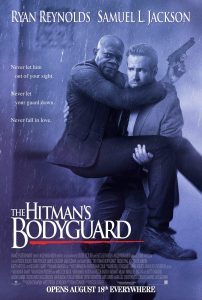 For this one, I’m just going to leave the link to the article instead of posting the trailer itself. Just be warned there’s a lot of colorful language if you do watch it. I’d seen the title for this one but hadn’t really looked into it until I saw the above article and got a good laugh from the poster. That theme also continues in the trailer itself and it's well worth a watch. I’m going to be honest, this looks like a lot of fun. The action looks solid and the banter between Samuel L. Jackson and Ryan Reynolds is just brilliant. I want to see it just to see this spectacle in its entirety. 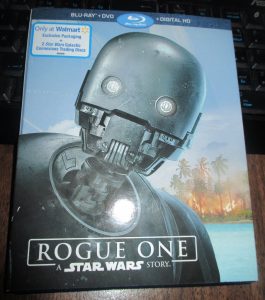 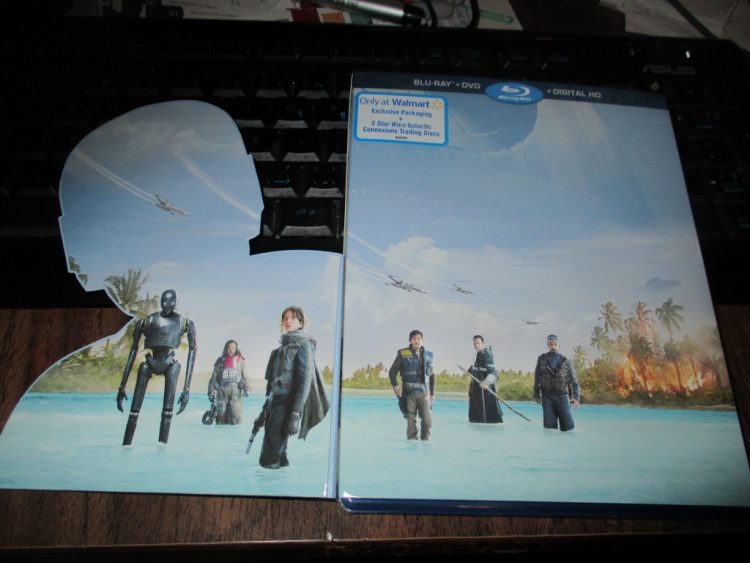 Finally I just wanted to show off a new acquisition. I finally got around to picking up what was very close to my Number One movie last year. As you can see from the picture, I picked up the Walmart exclusive version. BestBuy also has a steelbook version but that seems to be hard to get up here, and since we don’t have Targets anymore, I’m not sure what their exclusive version was. Anyway, I got mine here, with K-2S0 photobombing the cover. I haven’t gotten to sit down and rewatch the film yet, but I’m pretty excited to do so. That's not even mentioning all those lovely bonus features! There was one other thing that came with this set. These: 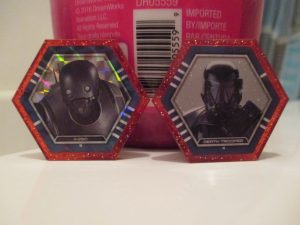 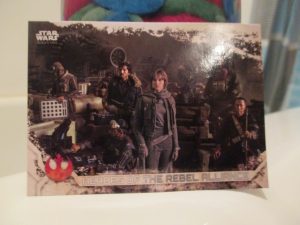 The card is pretty cool, and I think it’s the first Topps card in our house that isn’t Jurassic Park related. The ‘trading discs’ are pretty neat too, but as a child of the late 80’s-early 90’s I think we should just call them what they really are: pogs. In 2017, I just got pogs. That is just awesome and weird and kind of makes me feel old and almost wish I still had all my pogs from back in the day. It's that same sense of not quite knowing what year it is I get when the kids are arguing over whether to watch Power Rangers or Voltron.

Well folks, that’s it for me for now. Not this week but later next week I plan on having a very special write-up/review for an event we’re attending and are very, very excited for. Maybe this week we’ll also get that Dark Tower trailer so I can finally start to get some concrete thoughts together on that one. Either way, I’ll see you all next time!

This entry was posted in Movies and TV and tagged 2017, movies, reviews, star wars, trailers. Bookmark the permalink.

2 Responses to Trailers of the Week