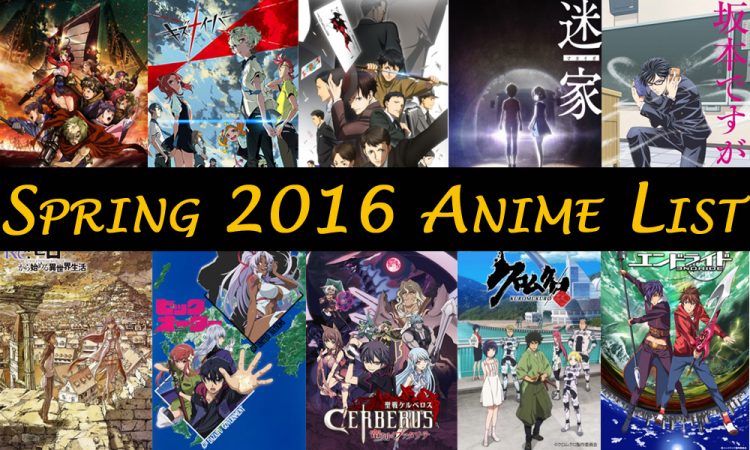 Well with the 2016 Spring anime season about halfway over I figured now would be a good time to tell you my top five anime from this season. I will only be including Anime that began this season and not ones that just have new seasons out now. So without further delay let us begin.

Twin Star Exorcists is a supernatural action Anime centered around the adventures of  Rokuro Enmado and Benio Adashino both of who are very powerful exorcists. Rokuro is a brash and somewhat braggadocio young man who at one point had the goal of becoming the most powerful Exorcists who would destroy all the evil spirits, however an event in his past involving the death of some friends at the hands of the spirits he was battling have left him emotionally scarred and at the beginning of the anime determined to have nothing to do with being an exorcist again.

Benio is a detached cold girl seeming following in the classed Tsundere trope wh has that same goal that Rokuro once did. She does think much of Rokuro outside of his exorcist abilities which she both admires and seemingly envies. These two characters which seem to have very little in common outside of exorcisism and who bickers constantly have been declared the Twin Star Exorcists, who are destined to marry and produce a child that will be the ultimate exorcist that will put an end to the war between the exorcists and the evil spirits they battle for all time. 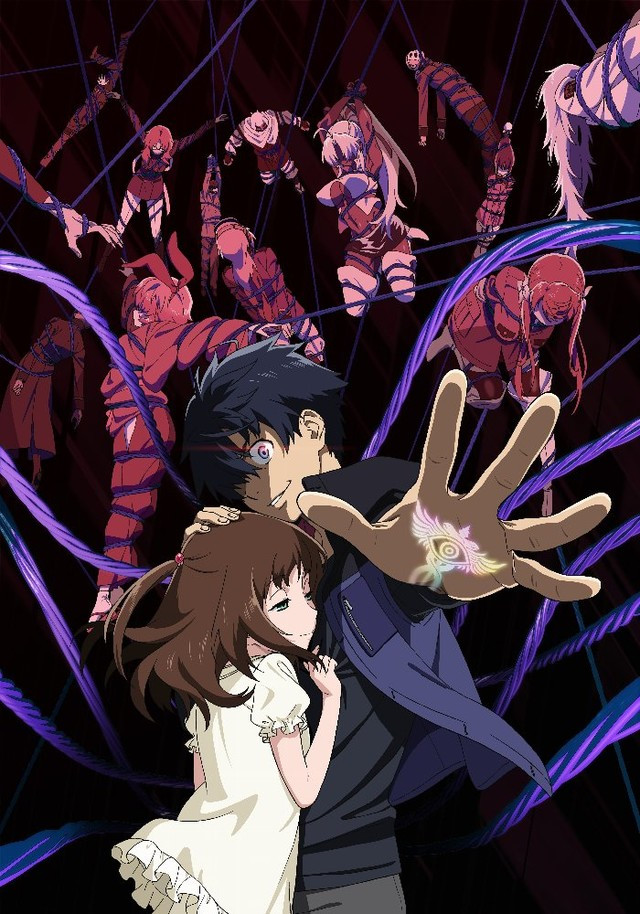 In this world there are people known as order users that had wishes granted by some supernatural being resulting in them gaining special abilities. Eiji Hoshimiya is one such person. When he was a child he made a wish that resulted in world wide mass destruction and death because he was unable to control his power. Now it is 10 years later Eiji has not used his power since gaining it and does everything in his power to conceal the fact the he was the one that "destroyed" the world. Eiji has a little sister who is mortally ill and has only 6 months left to live a fact he has keep from her and he is simply trying to live a normal life long enough to make his sisters last days good ones.

However thing quickly change.  His identity is discovered by other Order Users who want to use his powers to help them rule the world. Eiji agrees to help with this world conquest after being promise they would find a way to cure his sister.

#3 - Kabaneri of the Iron Fortress

A dangerous virus has appeared that turns regular humans into Kabane an aggressive mindless undead like creature that craves blood. The virus is transmitted when a Kabane bites someone. Our story focuses on our main character Ikoma who as a child had his sister taken from him by the Kabane while he ran in fear. Now he is determined to destroy the Kabane and vows never to run again. Our story takes a turn when Ikoma is bitten while testing a new weapon he designed to fight the undead. Ikoma manages to stop the virus from getting to his brain using an iron collar and becomes a Kabaneri, half human half Kabane. Now Ikoma must help a group of human travel to safety along with the help of fellow Kabaneri Mumei, while many of his human allies distrust and fear him, afraid he will turn on them being part undead.

In this battle Harem anime we have a group of people called Slayers who have the ability to use special gem stones to create weapons and speacial powers to battle a monster race of creatures known as Savages.  Our main character Hayato is what is called a Variant, which is a person infected by the blood of the savages, making him a very powerful slayer but also puts him at risk of going berserk when in danger. Hayato is also the object f the amorous affection of many of his fellow female Slayers all of whom seem to contend for his attention as much as they battle the savages.

#1 - RE:Zero Starting Life in Another World

In this Groundhog day`esque Anime we follow the advantures of our Otaku lead character Subaru Natsuki as he gets sucked magically sucked into a fantasy world where he gains the special power he calls "Return By Death".  Unperturbed by his sudden arrival is this strange new world Subaru sets out exploring his new environment where he runs afoul of some footpads. Faced with a certain beating if not more he is saved by the appearance of a mysterious silver haired girl who dishes out some punishment of the would be thieves.

Feeling indebted to his attractive savior Subaru decides to aid her in retrieving an item stole from her. Tracking down the lair of the thieves things look promising until death strikes. Yep our hero is struck down and dies , but wait like a video game character Subaru revives at his "save point" and his days in his new world starts over, again and again and again with only him remembers the events of his "past life".

And there you have it, my top 5 anime of the spring 2016 season. Let me know if you agree with my list, if not feel free to list your own top five. Before I go however I do have one honorable mention to my top five Flying witch his a supernatural slice of life anime that revolves around Makoto Kowata who is a witch in training living with some relatives in a small peaceful Japanese town. If you are familiar with the slice of life genre you will know that this is more of a character driven show then anything else and the enjoyment from it will be gained in the everyday interactions between Makoto, her family, friends and the people she meets in each episode.

One Response to Anime Talk: My Spring 2016 Top 5 Anime