Kaldath’s Corner: What are you Reading ?

This edition of Kaldath's Corner will be another sharing day. This time around I am asking you all what you are reading ? This can be any book, comic book, manga etc. If you so choose to answer my question in the comments below you are entitled to ask me one question on any topic you so desire and If I am able I will answer as truthfully as accurately as possible.

Myself I am not currently reading anything, but I will give a quick list of the last five bit of literature I have read starting with the most recent:

The Manga: Is This Girl Real

Jun Yoshikawa is a boy with a manga artist for a mom. One night, he gets in a situation with a drunk stranger, Narumi Kawase, and decides to look after her. She becomes a live-in assistant at the Yoshikawa household as Jun takes care of her. This is an age-gap comedy about a pre-thirties, unfortunate beauty with no skills nor a job, and a perfect high schooler who helps out his mom and does the household chores as they live together.

18 years ago, a powerful monument was discovered on a mysterious island. The momument contained data only certain people could extract – who became students of the island’s school. By being able to extract the data, the students are able to summon a creature that they fight with. Of these people, Satou Taketora is your typical lazy kid who doesn’t do anything, hence he’s ranked dead last. But one day, he’s dragged into a battle with his old childhood friend, but to everyone’s surprise… his summon is more than meets the eye…

Mustang Sally has some speedy shoes to fill. This young superhero has waited her whole life to join Just Cause – the premiere team of American heroes. Now she’s hoping her super-speed will earn a spot on the same team to which her parents and grandparents belonged.

AN OLD GRUDGE FROM AN OLD ENEMY

A chance encounter with the villain who killed her father changes everything. Even though she’s only an intern, Sally devotes herself to finding the man known as Destroyer. With the help of her eagle-winged best friend Sondra and her super-strong love interest Jason, her investigations uncover a sinister plot stretching all the way back to her grandparents’ era. Sally and Just Cause must risk everything to halt Destroyer’s plans and save the entire world. Book 1 - In a province where magic is forbidden and its possessors are murdered by the cruel Praetor, young Ilan, born with the powerful gift of her ancestors, has only one hope for survival. Concealment. In the shadow of Dimmingwood, she finds temporary protection with a band of forest brigands led by the infamous outlaw Rideon the Red Hand.

But as Ilan matures, learns the skills of survival, and struggles to master the inherent magic of her dying race, danger is always close behind. When old enemies reappear and new friendships lead to betrayal, will her discovery of an enchanted bow prove to be Ilan’s final salvation or her ultimate downfall? 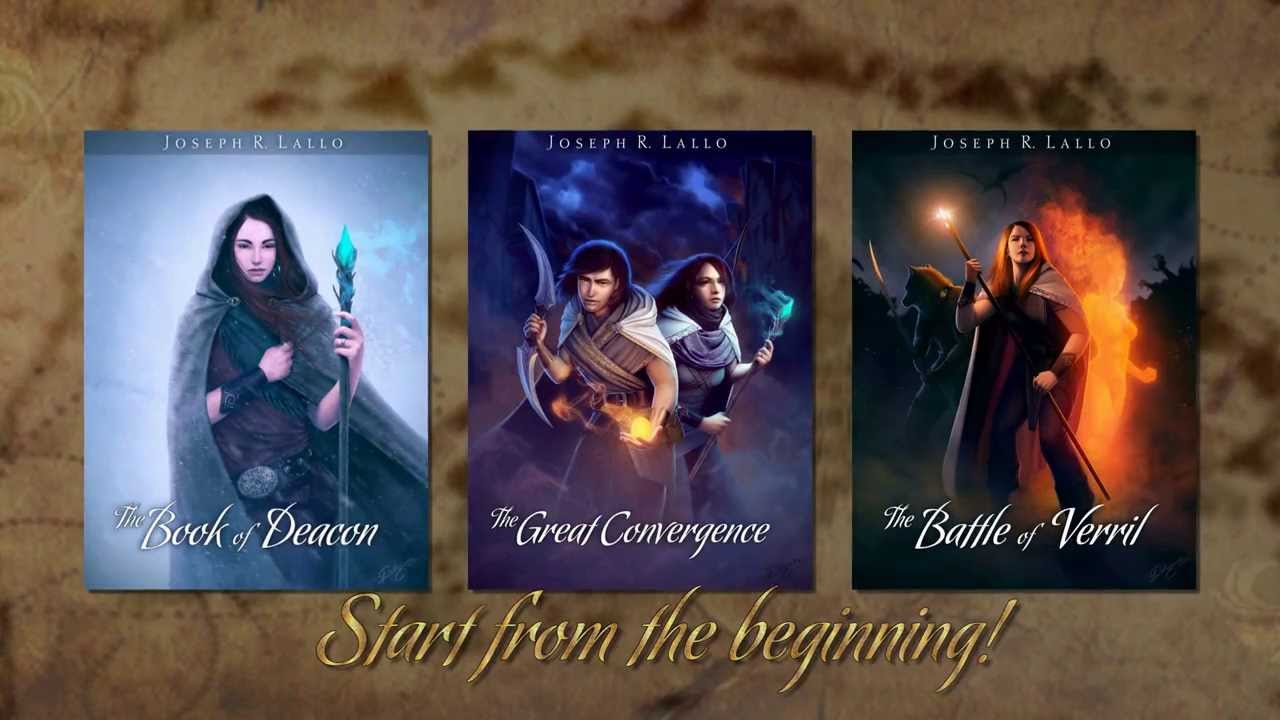 Book 1 - Myranda is a young woman more interested in staying alive than being a hero. Orphaned by a continent-spanning war that has gone on for decades too long and shunned for failing to support it, she has been on the move since she was only a child. One can hardly blame her when she thinks that the chance discovery of a fallen soldier's priceless cargo is the moment that will change her life. No one could predict just how great that change would be. It will lead her through an adventure of rebels and generals, of wizards and warriors, and of beasts both noble and monstrous. Each step of the way will take her closer to the truth of her potential, of the war, and of the fate of her world.

**********
Now all I am asking for is your most recent book or series, but if you so desire please feel free to give me a list like I did. Or even give a top ten favorite books etc. The point here is to get to know the community better after all!

12 Responses to Kaldath’s Corner: What are you Reading ?