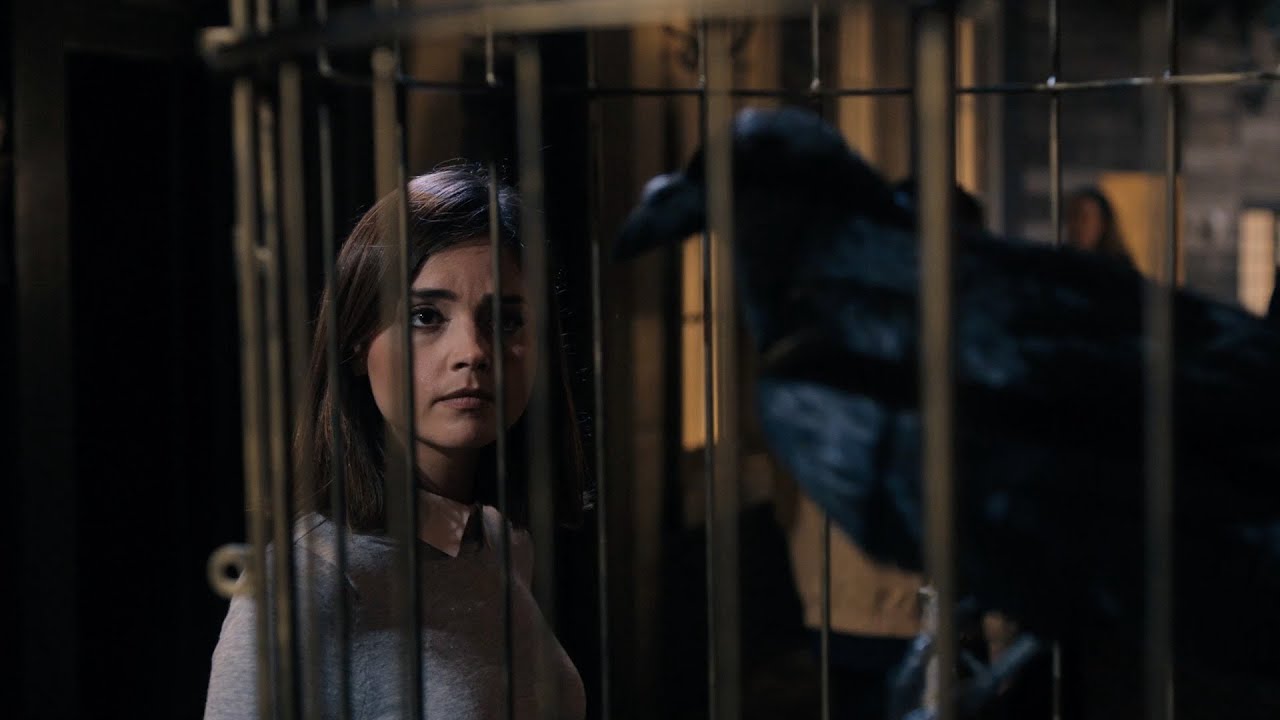 Warning: Whilst this review does not contain major spoilers for this episode, it's comments will. Watch the episode before commenting please.

There is very little that needs to be said about this episode. If you did not already know how it ends, I shall not spoil it for you. If you do already know what happens then you will understand why I'm not going to say all that much.  What I will say is that it was perfect.

As for the whole episode, it was much like the episode from two weeks ago, The Zygon Inversion, in that it started out very low key and then had a final scene that blew the rest of the episode out of the water.  We see a character at their finest, in this case Clara, and the return of a previous character who doesn't have the Doctors' best interests at heart in Asheldr (I can't remember how to spell her name). We also had Rigsy from last season back, which is cool. He's a good character and having him back worked. At first, when he was on the phone and his kid was crying, I thought they were going to try and solve the problem by showing all the aliens that he had a family back home and all that, which would have been corny as hell, but they didn't so yay. The idea behind having little alien communities within Earth that people can't find is cool, very Harry Potter, the street even looked kinda Diagon Alley. And the Raven was a nice idea, works to keep all the rowdy aliens in line. Two minor points though. 1) How did Asheldr get hold of the Raven? They never really explain it. 2) Why would a Cyberman ever take refuge anywhere? They're programmed to conquer and convert, so them coming to others for help and protection is against their programming. But nothing episode breaking there.

Now, obviously I have to talk about Clara. She was at her best in this episode. She was clever, brave and reckless throughout, basically being the Doctor, which is one of the things that never really endeared her to me, or anyone really. She's always been good but not quite as good as some of the other companions. Of course, this series did a lot to rectify that and made Clara stand out on her own as a character. But, much like the Doctor in The Zygon Inversion, the last scene this week was her best. She showed herself to be equal to the Doctor, even when her plan went completely down the drain. She showed great courage and restraint even in the worst possible scenario. And the moments she had with the Doctor were touching indeed. It'll be interesting to see what happens next.

And with that, sorry for a slightly shorter review this week, but I'm sure you'll understand. Feel free to spoil the ending in the comments and we can really talk about it. I'm looking forward to hearing peoples opinions on this one.

One Response to JReviews: Doctor Who Series 9 Episode 10- Face The Raven