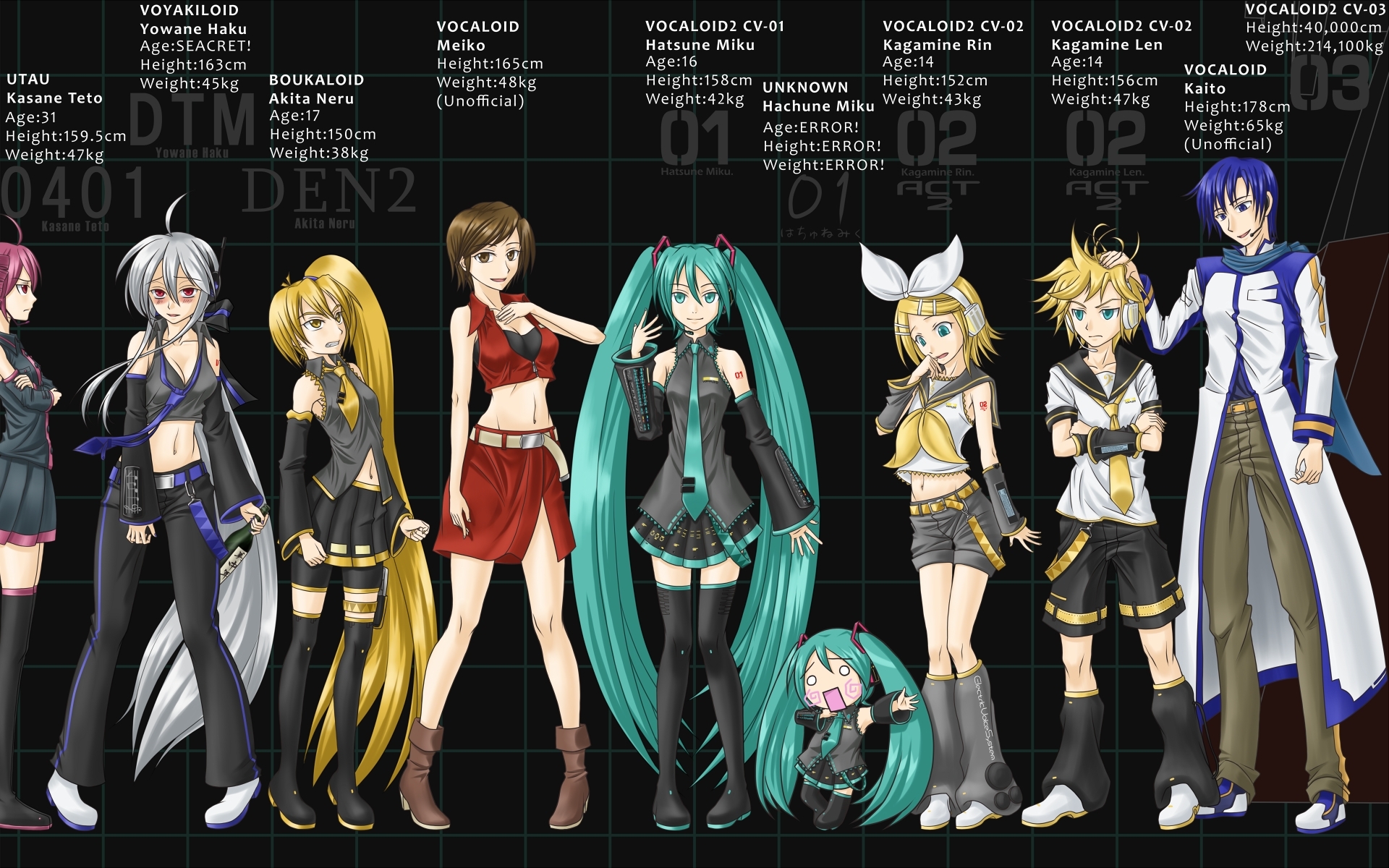 On this edition of "Anime Talk" I want to discuss the phenomenon known as Vocaloids. Now I first learn of this 4 or 5 years ago, however browsing youtube today I stumbled across a couple videos by the Fine Brothers ( Elders React to Vocaloids and Kids react to Hatsune Miku ) that brought them back to my attention ( I will link to those videos at the end of this article). For those of you who do not know what a Vocaloid is, they are computer generate synthesized singers and apparently a number of Japans top Idols are Vocaloids!

After watching the Fine Brothers videos I did a search on youtube and watch this video:

After watching this I found that I actually like this! Now I didn't like every song, nor did I like every "performer" however as a big anime fan I rather enjoyed watching Animated Singers prancing around on stage with real life musicians. I know if I ever had the opportunity to go to a similar concert I would jump on it as it looks like it would be a real fun time. So what  do you guys think of Vocaloids, would you listen to a song you otherwise enjoyed if you found out it was completely computer generated?  Would you go to a concert of Live Anime characters ? Let me know in the comments below.

and as promised here are the links to the Elders react, and Kids react videos: