That's right, singular this week. We actually had an outright winner this time…. I know, amazing isn't it. Two people did run away with this poll from the start, between them accumulating 70% of the votes between them. But our winner was always in a clear lead and it was obvious who was going to win from when the votes started coming in. And I'm ok with that, because it gives me a chance to say something that hasn't been said in a couple of years. And isn't it ironic that, to round of the triumvirate of version challenges, the person who wins the HM3 challenge is none other than Zyp, for his redesign of Melmo44's Phaeya. congratulations Zyp, please speak to dblade about your prize, and well done to everyone else who entered, not just this challenge but all three of the version challenges, it's been great fun. 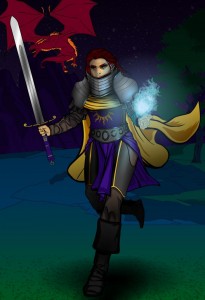