An Update From the Founder

Hi all, it's been a long time since I chimed in 'round these parts, so I thought I should give everyone a quick update on where things stand here at HeroMachine World Headquarters, also known as my kitchen. 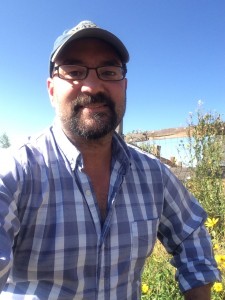 A recent photo of Jeff Hebert, HeroMachine Creator, at his home in Durango.

Before I lose too many of you, the big(ish) news first is that I'm probably going to be testing a new advertiser in the next day or so. It'll be one of those "wrapper" kinds of deals like http://www.anime-realm.com or http://www.pinoyanime.tv. It shouldn't do anything to the actual application, and if you're running an ad blocker it ought to block the new stuff as well.

Why am I doing this? Basically, the main advertising revenue has dropped off a cliff for the last two months, generating a tenth of what it had before. So, I need to try and make up the difference somewhere and I hope this will help.

Money issues aside, in general life has brought a lot of changes over the last couple of years. I'm now working full time again for an old friend, which is taking up most of my energy and focus. Ben the Code Ninja rejiggered the site's guts when it was threatening to explode, dblade continues to put out amazing new items as contest prizes, and of course Kaldath and the other blog stalwarts are constantly coming up with new ideas and activities to keep us all entertained. Without them, I think the whole community would have folded a long, long time ago so please drop them a line to say thanks next time you're out and about.

I'm trying to carve out a life in SW Colorado still, and very much enjoying it. I'm going to try and do NaNoWriMo this year, which has me super nervous since I haven't written anything of substantial length since college. I still haven't felt the urge to draw very much over the last year or so, which may be just a temporary case of the blahs or one of those major life changes. I'm 45 years old now, and I suppose that kind of thing is to be expected.

I thank you for continuing to come here to express your creativity and imagination. I'm constantly humbled by your vision and your talent; thank you for sharing it with the world.

Have fun, keep creating, and fly your geek flag proudly!

25 Responses to An Update From the Founder