Once again, I'm going to be bringing back the Power User Profiles for a one off special, because the opportunity came up this week to cover one of my favourite creators of all time. His work is so instantly recognisable and incredibly well constructed, each and every piece is jaw dropping. Iscarioto asked me to pick my favourite picture to put up with his profile alongside his choice and, going through his gallery before posting this, I found it nearly impossible to decide, which is unusual because everyone has at least one or two works that stand out even if you're someone like headlessgeneral or AMS. And that's not to mention how fun it was working with him on the Ascension community project on the forums. So, with that all said, please everyone give a big hand to our newest Power User: Iscarioto.

Origin Of Name: Iscariot was taken, and I thought the 'o' made it exotic. It didn't.

Photo Of You In Real Life: I realised that every photo on my Facebook is me in one or more states of drunkeness. Probably oughta address that. Here is me and the best thing that ever happened to me - my girlfriend, and the second best thing - beer. 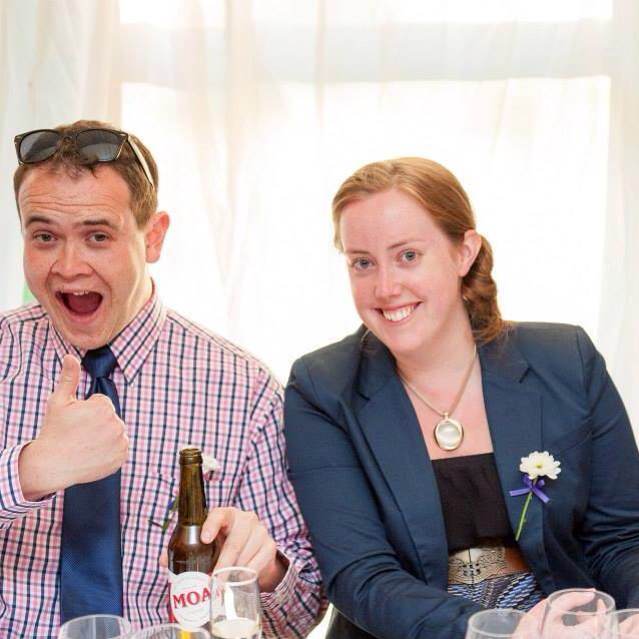 Real Job: Project coordinator for a smart electricity meter supplier. It's more fun in real life than it sounds on paper.

Relationship Status: Sigrid and I have been together going on ten years now. Probably oughta put a ring on it.

Online archive of your creations: http://www.heromachine.com/forum/the-heromachine-art-gallery/iscariotos-bits/ 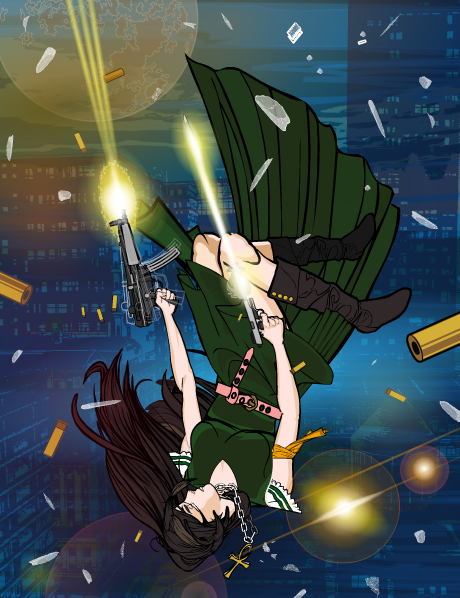 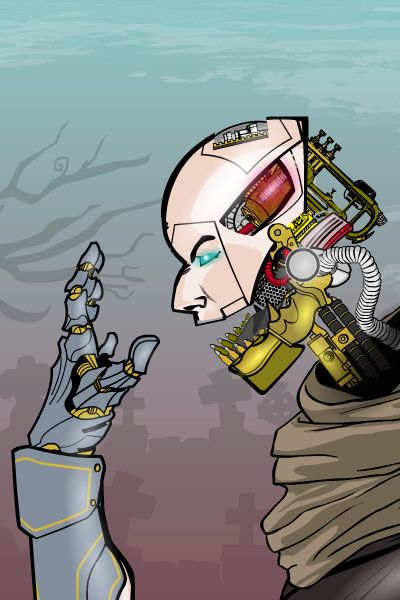 Favorite Geeky Movie: outside of the classics, the big hitters of the sci-fi and superhero worlds, I was surprisingly fond of Oblivion.

Favorite Comic Book Character: Vegeta from Dragonball Z. I don't relate with him at all, but his struggle was captivating. I'd like to relate with Goku, and who doesn't idolise Batman?

If You Could Have One Super-Heroic Power In Real Life: Until recently, I'd have said telekinesis, but I've started day dreaming about human augmentation, Deus Ex:HR style, but more so, crossed with ridiculous hacker influence, ala Watch Dogs or Person of Interest, Anonymous on roids sort of stuff. Physical improvements, but digital manipulation too, eyes everywhere, access to everything, maybe some mean as sword arms. We are a decade from it being achievable, and it's totes a single power, it just gets better with firmware upgrades. That counts right?

In Your Leisure Time You Like To: As established, drinking. When I was younger I'd say I was socially hungry, and as I've aged, I'm starting to worry that's turning into social desperation, fomo, hah. My friends keep getting younger, but the hangovers keep getting longer. Woah, sorry to make y'all my shrink. I also love cooking, spend heaps of time on reddit, have a badass cat, and like spending stupid amounts on clothing.

Character Design Turn-Ons: complementing colours, navy and brown, grey and orange. Less is more quite often, a palette of two or three nicely contrasting tones and boom, I'm yours.

Character Design Turn-Offs: I think everything has it's merits, but there is such a thing as too many pouches.

Any Personal Message You’d Like To Share With The Heromachine Community About Geek Life: If you are struggling to get to sleep at night, write out your personal superhero saga in your head. Doesn't help with the sleeping thing though.

Ok, I said I was only doing this as a one off, but if there is anyone you would like to see profiled, say so below or PM me in the forums and I'll see what I can do. There's a few people I have in mind, so we could see a few more of these in the future.