Thor: The Dark World and the Modern Movie Serial 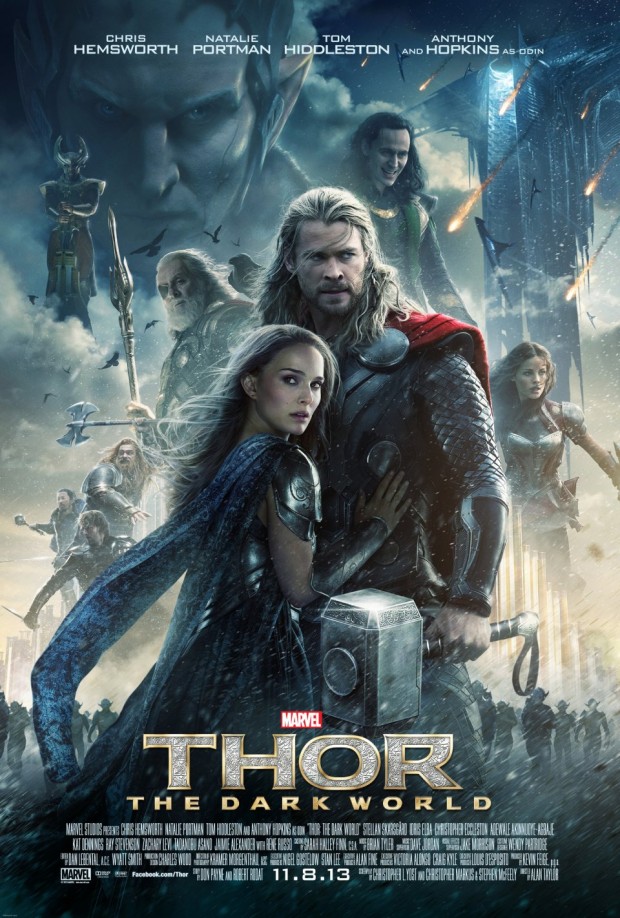 I have seen "Thor: The Dark World" and I pronounce it to be Good. Very entertaining, with enough good character moments to balance out the Hitting of Large Things. The copious CGI served its purpose well. Thumbs up from this geek!

Plus, they threw in a nice bit for their female fans (or, more likely, the girlfriends of their male fans) involving Chris Hemsworth, a sponge, and the conspicuous absence of a shirt.

After thinking about it a bit this evening, I suspect what Marvel has sneakily done is to re-create the old-time serial in the modern world. In the age before televisions (and television shows) were ubiquitous, studios regularly put out installments of popular franchises as chapters to keep the movie-going public entertained. You'd get your periodic installment of the adventures of Superman or The Green Hornet, each of which advanced an overarching plot line. They were very much comic book story arcs put on the silver screen.

I would argue that this, updated for the modern palette, is what Marvel is doing with these interstitial super-hero movies since they undertook their production. Each installment advances the over-arching character development of the protagonist, bringing back some of your favorite supporting cast from episode to episode. Each one uses bits from the previous film to inform your enjoyment of the current one (for instance, in "Thor: The Dark World" not having to re-establish the characters' backstories is a huge help in terms of building the plot and keeping momentum), and each ends with a tease that whets your appetite for the next.

The production values are much higher now than they were in the 1940s of course, and each chapter, if you will, has a more satisfyingly complete internal story arc. But they all feed into a larger narrative, continued not just in further movies in the same franchise but across other properties as well -- "Iron Man 3" strongly references the events of "The Avengers", as will, I'm sure, the upcoming "Captain America" sequel. You aren't obligated to watch each one, but they feed off of and enhance each other, building a whole interlocking network of fiction that greatly improves the individual installments and the impact of the gestalt.

What do you think, am I on to something here or whistling in the dark? Also, WARNING! Spoiler discussions about "Thor: The Dark World" will surely be in the comments for those of you who have seen it.

9 Responses to Thor: The Dark World and the Modern Movie Serial