Make It Sew – The Costume Blog: Tales From The Fitting Room 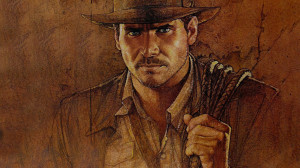 I love my job. I am reminded everyday as I walk into my shop how truly lucky I am. There is an old saying that if you love what you do, you'll never work a day in your life. While I wouldn't go quite that far, the fact that I have managed to combine what I love with what I am good at, and that someone is willing to pay me for it, is pretty cool.

But the job of a costume designer is not just drawing pretty pictures and making pretty clothes. There is an astonishing amount of paperwork involved in costume design - a fact that I have been trying to find a way around for 25 years. There is the script analysis: studying the text and flagging all references to what the clothing needs to be and what it needs to do; the costume breakdown which is a comprehensive list of all the pieces worn by the actor in a given scene; the all important budget which assigns a monetary "limit" to each piece required for the production, and the costume plot which traces a performer's entrances and exits and costume changes and provides information like potential quick changes.

Doing this for a play can be daunting enough - especially in Shakespeare - but when you approach a musical with a cast of anywhere from 24 to 60 people it can be a huge undertaking. But it has to be done - every time - all the time.

All of this is countered with what I consider to be the true joy of costume design: working with actors. I love actors. I admire their talent, their discipline, and the balls it takes to stand in front of an audience night after night and deliver text committed to memory as though they are saying it for the first time. Couldn't do it...never want to try. But working with actors - or anyone for that matter - has its pitfalls.

Image is an interesting thing. We design ourselves every day. Each morning as we get ready to leave for the day, we make subconscious decisions that will dictate our image to the world. Battling that image can be the biggest challenge for a costume designer. Throughout my career I have run into several image issues. Predominantly they have involved young performers who are just starting to figure out the actor/designer relationship. Seasoned performers have, for the most part, figured this dance out. It's a collaboration. Through the rehearsal process they build a character from the inside out, while the designer works from the outside in. Once a performer reaches some sort of fame or recognizability, image can become a whole other issue.

One of my most memorable encounters with "image" occurred when I first started designing and teaching for the Sheridan College Theatre Program. I was working on a production of "The Return of the Curse of the Mummy's Revenge!", a musical which is a send up of 1950s B horror movies. It's the story of a guide, an heiress, her archeologist father, an evil priestess, and a tap dancing mummified Egyptian slave. For the design of the show it seemed that using images of movie icons would be appropriate. The heiress became Kate Hepburn from the "African Queen", and the guide was modelled after Indiana Jones.

When the actor playing the guide showed up for his fitting I could never have predicted his reaction. We recreated the look to a T. Fedora, worn khakis, stunning vintage leather jacket stripped of dye and weathered with French enamel varnish, bull whip, the whole nine yards. When he emerged from the fitting room he looked great - except for the fact that his eyes were filled with tears. Truly concerned, I asked what was wrong. His response floored me. "This is all brown, and I have blue eyes!"

I was dumbfounded. My years of experience had prepared me for a lot of things, but not this. As I explained - again - the theory behind the character's look his anxiety continued unabated. It was only after a quickly manufactured lie that he started to come around. "Well you see Mike. by dressing you in a contrasting colour, we are actually drawing focus to just how blue your eyes are. If we dressed you in cool colours they would get lost." While this is true in practice - especially in film - on stage, the distance from the audience all but ensures that eye colour is rarely noticed at all. He came around slowly, but bought it hook, line and sinker. The next time I worked with him, which was in a production of "Guys and Dolls" he even asked if he could have a brown suit!

He is not the only of his kind that I have encountered over the years, but he is certainly one of the most memorable.

3 Responses to Make It Sew – The Costume Blog: Tales From The Fitting Room