What Were They Thinking: DC’s Transformation Obsession

It strikes me that, during my numerous times delving into comic book history and lore, DC comics seems to have an odd love for unusual transformations. Now we all know about characters like Beast Boy/ Changeling, but this also includes guys like Clayface and Swamp Thing. However the best ones are the properly weird times, usually between the late 50's to early 70's, when DC went transformation crazy. I promise, all of these are really true.

1. Wonder Woman into a Gorilla Ahh, the '60's. A time of peace, love and everyone turning into gorillas. I mean seriously, between 55 and 65 DC introduced at least a million Gorilla characters, Gorilla Grodd, Congorilla (who almost made this list on his own), Ultra-Humanite (who was introduced as a human two decades before, but suddenly became a Gorilla during this period), but the pinnacle has to be Wonder Woman issue 170 (1967), when Gorillas from outer space zap WW with a  morphing ray to turn her into their queen. ???????????????

Ok, she is changed back almost immediately because the Gorilla king was an idiot, but WHAT? Great thing is, this happens to WW again along with Superman, Aquaman, Flash and Martian Manhunter in the JLApe crossover thing. God give me strength. 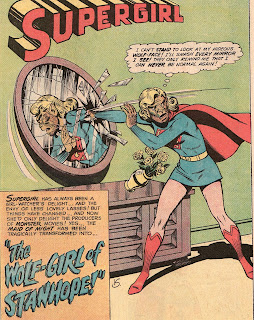 Now, we all know that werewolves are cool right (except the ones in Twilight but I digress). But what in the name of Krypton were DC thinking when they wrote Adventure Comics 387 (1969). Super-girl drinks a serum that is meant to make her completely immune to kryptonite and lo, it transforms her into a werewolf, because that makes sense. Of course the only way to cure this is go to an alternate reality to find a werewolf Super-girl who is trying the same thing but opposite and swap potions. Riiiiiiiiight.

When it comes to just sheer WHAT THE...... in the why did they even think that was a good idea department of comic book history, Lois Lane- Superman's Girlfriend has to top the list. Not because it was bad in anyway, I suppose it was pretty ok for the time, but for the fact that Lois would often end up transformed in some way, shape or form. This kicked off right from issue 1, when she was transformed into a hideous crone by toxic fumes and became convinces she was a witch. But the best was yet to come. Take this for example.

Anyone who is familiar with  Superman's years as Superboy will be aware of Lana Lang, Superman's first love who was given the power to take the partial form of any insect by an alien she saved. Already pretty weird right. But when Lois and Lana meet, it was only going to be a matter of time. And of course, in issue 69 of LL-SG, Lois gets hold of that power and both her and Lana battle against a villain whilst undergoing many creepy and disturbing insect based transformations. Ugggh.

But that's not the best one, oh no, not by a long shot.

For that we have to go to Lois Lane- Superman's Girlfriend issue 92 (1966), where Lois falls in love with Super-girl's horse. Yes, really.

Now this one was just so mad I could keep a straight face when I first found it. Now, the story goes like this, when a comet passes by Earth, Comet, Super-girl's super-horse, transforms into first a centaur, then a man (because he used to be a centaur in Ancient Greece before he was given a potion by someone, just go with it). He has previously saved Lois' life as super-horse and now he's human he gets a job at the hotel she's staying at, as a magician. He saves Lois' life again (this time using telepathy) and confesses to her he's the horse (which doesn't freak her out in any way, but I guess hanging around with Superman does that to you). Then the guy who gave Comet the potion in the first place turns up and turns Lois into a centauress, then a horse. He then attacks the former super-horse only for the new super-horse Lois to step in and save the day. Then Comet turns back into a horse and they fly off together. Eventually Superman and Circe turn up and turn Lois back (via her centauress form of course). Thumbs up there for imagination. I wish I knew the writers were smoking when they came up with that, or in fact what the editors were smoking when they let it through.

In her time Lois has also been replaced by a lizard skinned impostor, undergone three strange transformations thanks to an alien princess who wished to marry Superman, given superpowers and best of all, turned black.

And we have now found the thing that would top the list of "Things That Would Not Be Allowed Today ANd Probably Shouldn't Have Been Allowed In The First Place." 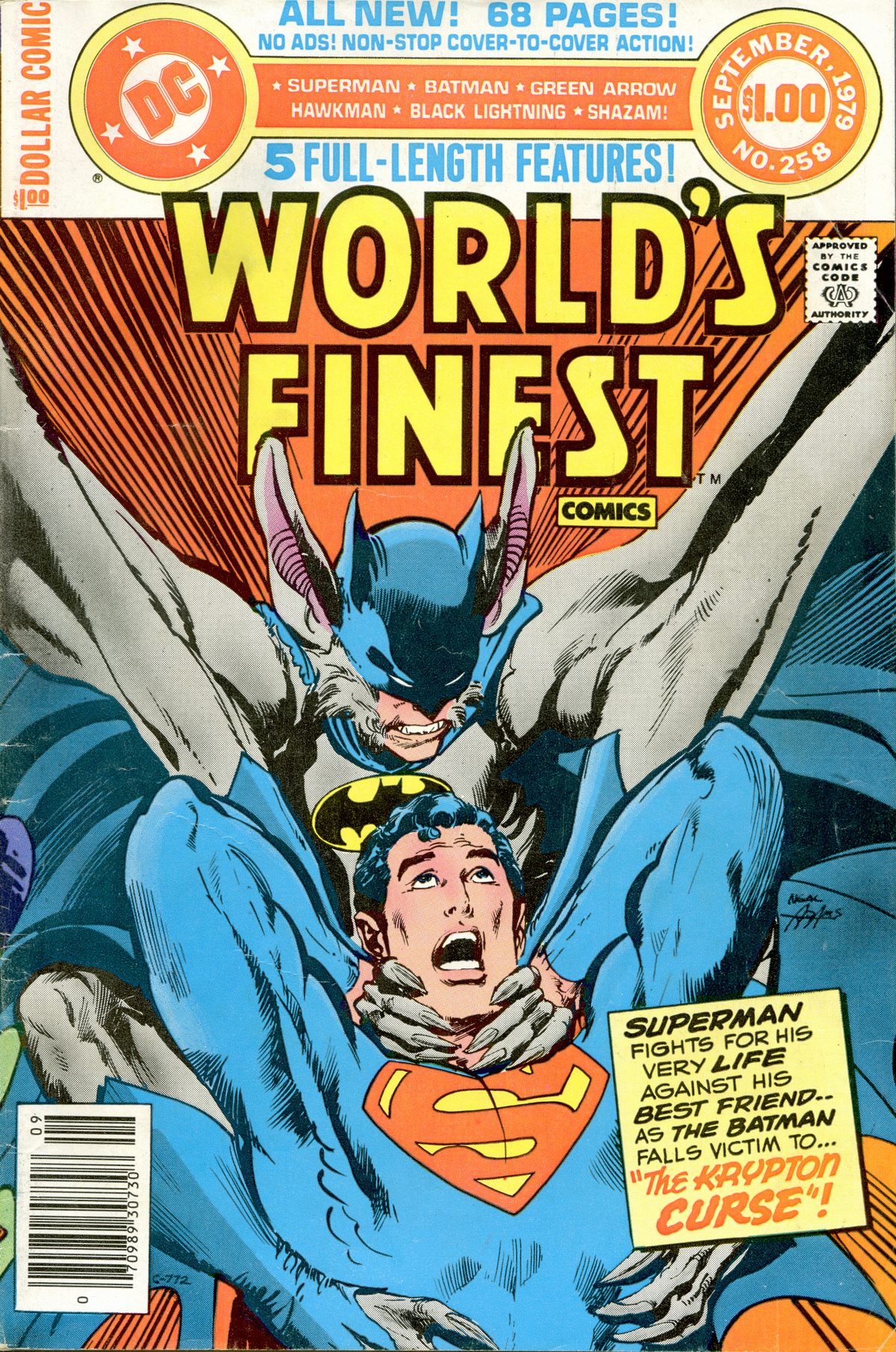 Given that Batman takes his name from a certain black nocturnal flying mammal, it seems only natural for him to transform into a were-bat when bitten by an escapee from the Phantom Zone with Kryptonian Lycanthropy in Worlds Finest 258 (1979). But what I really want to talk about is the other victim of this evil Super-Werewolf, Sandy Terry, an innocent bystander who gets attacked, bitten and later transforms into....... 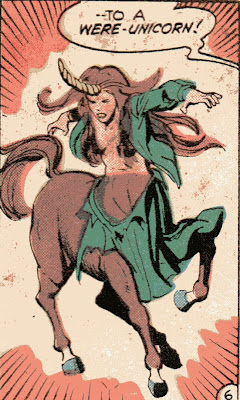 Yes, this was actually what happened. She turned into a centauress with half a croissant stuck to her head. Because that really makes sense. If anyone could explain the logic behind this to me, I'd love to hear it, because I have no clue.

I think, because this week's post has been so much fun, next time I do this column in 2 weeks, I'll have a look at Marvel's best stupid transformations. If anyone has any suggestions for those, feel free to tell me, either in the comments below or by PM on the forums.

5 Responses to What Were They Thinking: DC’s Transformation Obsession