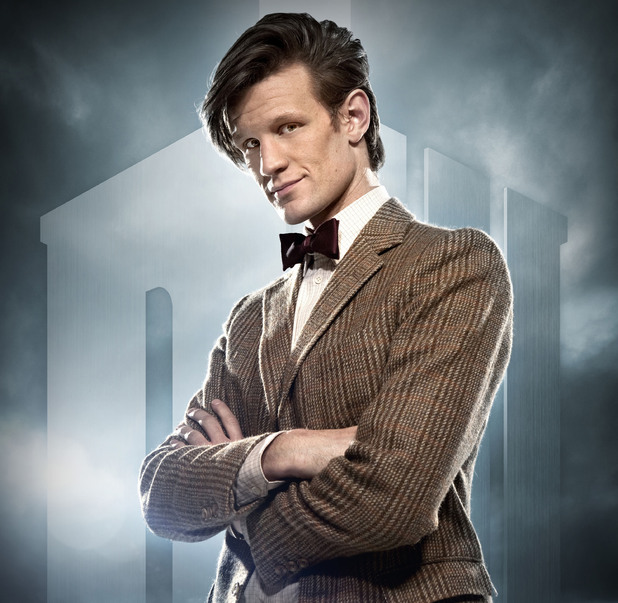 Now, unfortunately this week's big question may cause silence to fall, but I'm going to ask it anyway. Doctor who? Or more specifically, who should be the next doctor?

I wasn't originally going to ask this, but after Kaldath suggested it to me, I went on the internet and found plenty to get annoyed about.  I am only aware of a couple of other brits who use this site besides myself so I know a lot of the names on this list won't mean much to a lot of you, but here's a run down of all of the names I've heard in connection with this role, plus my thoughts on their likelihood.

Rory Kinnear (Quantum Of Solace, Skyfall): Now, as far as I'm aware, he is the bookies favourite to get the role, but I'm not so sure. Having been in the last two Bond films, sort of sets him up as a more well known face, and everyone who has played the Doctor has always become famous through the role, not got the role because they're famous. Plus I can't imagine what sort of Doctor he would play. Admitedly I've only got the aforementioned Bond films to go on, because I haven't seen him in anything else, but still, I'm not sure about this one.

Ben Daniels (House Of Cards, Merlin, Law & Order: UK): This one I would be more open to. I'd imagine he'd be a very good Doctor, although more Peter Davidson than John Pertwee. However, seeing as the Doctor seems to be getting younger each time he regenerates, and seems to be becoming more of a sex symbol since the relaunch, he not going to be as popular as some of the younger contenders on this list (although having said that, it might be a good idea to have an older Doctor again for precisely that reason).

Russell Tovey (Being Human, Him & Her): This one would be a very popular choice, and he is brilliant, no doubt about it. My only problem is he's been on the show before, as Alonso in the Christmas episode set on the Titanic spaceship, and, in a lesser appearance as the same character, meeting Captain Jack at the end of David Tennant's last episode. I don't think it would be a good idea to cast someone who's already been a character of the day in a previous series.

Ben Whishaw (Skyfall, Brideshead Revisited, Cloud Atlas): He's young, good looking (so I'm told by a friend) and he's proven he can play the brain-box, but I am once again not sure. I think he looks too weak, too in-the-background to get away with dominating the room like the Doctor does. But then again, I had my doubts about Matt Smith and look how that turned out.

David Harewood (Homeland, The Vice): The first black actor on this list, he wouldn't be a bad choice. But again, he's been in it before, even more recently than Tovey (Joshua Naismith in Tennant's last two episodes), so the same problem applies.

Paterson Joseph (Peep Show, Green Wing): Another black actor, probably a better bet than Harewood, because he's less well known at the moment. But yet again, he's been on the show before (Weakest Link winner in Bad Wolf), but this time is was a fairly early one that I'm sure not many people will remember his part, so it could be pulled off.

Colin Morgan (Merlin): This one is interesting, he's proven he can play the Doctor type role already with Merlin, he's young, he's already helmed an immensely popular TV show on the BBC (although on a lesser watched channel BBC3) and it would bring in a lot of new fans (providing that there was anyone who watched Merlin but not Doctor Who, the demographics were so similar). However, his greatest strength could also be his greatest weakness, he's so identifiable as Merlin, it might be hard for people to see him in this new, career defining, role.

Robert Carlyle (The Full Monty, 28 Weeks Later, Eragon): Don't know much about this one, but once again it would be a return to an older Doctor, whilst he has the look and the credentials to pull it off, I don't know if the producers are going to want to go down that route.

Richard Madden (Game Of Thrones): Young, popular and could bring in more new viewers, especially in the States. He's not that well known, but then again, he's only really had on going roles in three or four series, and only two of them being a main role, so he may not have the experience needed.

Jonny Lee Miller (Elementary, Eli Stone, Dexter): Another one that would bring in interest from the states. More experienced than Madden, if he can pull off Sherlock Holmes he could definitely do the Doctor, but of course, the big draw back is that Elementary (to the best of my knowledge) is still on going, so he's booked up.

Chiwetel Ejiofor (Dirty Pretty Things, 2012, done some Shakespeare): He's done Shakespeare (like Tennant) and he's not a bad actor judging by the amount of awards he's been nominated for. Even then, he's not well known (possibly because his name isn't one that trips of the tongue that easily). He's got an outside chance and could possibly be the best bet if they wanted a black Doctor.

Colin Jackson (3 of Pierce Brosnans Bond Movies, Alien vs. Predator): A recognisable face and he's got good credentials, but of course, he's a) been in some big movies and b) played Dr. Moon in The Silence In The Library and Forests Of The Dead, so I'm not sure about this one.

Richard Ayode (The I.T Crowd): I'm going to nail my flag to this one and say I'd love to see this happen. He's got the wacky looks and personality to carry off a decent Doctor, he's funny and it would shut up the p.c lot saying that there needs to be a Doctor of some sort of minority. However, I've only heard his name mentioned by a few people, so it doesn't seem likely.

Of course there are some ridiculous suggestions:

Tom Hiddleston (as if you didn't know), Benedict Cumberbatch (again you'll know his stuff) and David Tennant (yeah, I know): The former are both just fantasies for a lot of people and it would be stupid of them to give up careers in Hollywood to come back to the U.K to do Doctor Who. And as for Tennant coming back, it's not going to happen (apart from the 50th of course).

Of course, there's been a lot of talk about there being a female Doctor this time. Now apart from the confusion this would cause, rewriting half of all Time Lord folklore and everything, I'm not sure that bowing to pressure from p.c groups is the right way to go here. But still, might as well run through the contenders.

Olivia Colman (Peep Show, Green Wing, Broadchurch): Good actress, funny and very popular at the moment, but as with half this list, she's been in it before, in Matt Smith's first ever episode in fact. (It's starting to seem that there's only 20 actors in Britain the way I'm going on isn't it.)

Zawe Ashton (Fresh Meat): Now I don't know a lot about her other than she was suggested as a companion for the Doctor a few years ago and I hear she's a good actress. Still she'd really keep the p.c lot happy, being both black and female.

Sue Perkins (Mel & Sue): If they were going to have any woman play the Doctor, Sue Perkins, in my opinion, is the only woman who could do it. He has that sort of look about her, she's smart and funny to boot.

Tilda Swinton (The Chronicles Of Narnia trilogy): Too well known and, in fact, too quirky. She could get away with the smart and scary Doctor very well, but I just can't get the image of her as the Ice Queen out of my head when ever I see her.

Helen Mirren (I'm sure you don't need me for this bit): She's gone on record as saying she'd love to do it, but once again, I think she's too well known, plus I don't think she'd be good at all of the running the Doctor does. She has the air of authority needed to dominate a room like the Doctor does, but I can't imagine her doing all of the technobabble. If she was going to do anything in Doctor Who, I could imagine her playing a female Time Lord president, or something along those lines.

Some good points they should consider who ever they cast is that, even though the Doctor has never been black, asian or female, he's also never been ginger, and they've been talking about that the last couple of regenerations (Tongue in cheek suggestion of Rupert Grint here). Also, the Doctor needs to get darker, he's getting closer to becoming the Valeyard (who lies between the doctors twelfth and final incarnations), which has been reconfirmed by The Great Intelligence in the last episode (unless that is who John Hurt is playing in the 50th).

Of course, all of this speculation could be for nothing. They might have already told us who's going to be the next doctor at the end of the last episode. John Hurt as The Doctor, it could happen.

Now for you guys to have your say.

18 Responses to The Big Question ♯4