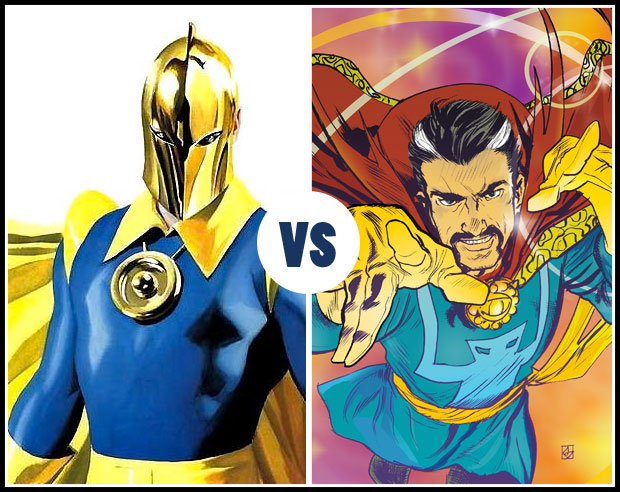 The marriage of magic and super heroes has never quite worked for me. Even when I read Golden Age comics featuring the likes of Marvo the Magician, something about seeing a beturbaned wand-wielder uttering mystical phrases alongside someone in tights and a cape seemed off somehow.

Having said that, I think the two best examples of magical super heroes from the major publishers are DC's Dr. Fate and Marvel's Dr. Strange. On the one hand you have one of the most awesome helmets ever seen in comics, and on the other you have a killer Seventies mustache and the biggest cape this side of Thor. Fate embodies Order, while Strange is left to protect the Earth however he can, messy though it might get.

It all got me wondering what would happen in a clash between these two mystic titans, so I turn it over to you: