Our Versus today features two of the deadliest leather-clad females in the Marvel and DC universes: 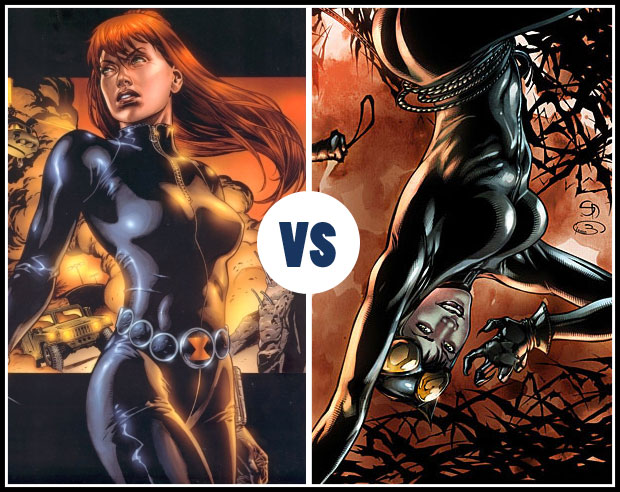 Black Widow is a highly trained, extremely deadly assassin. She can fight alongside the Marvel Universe's most powerful heroes in the Avengers and is much, much more than just a gun and some wrist bracelets.

Catwoman, on the other hand, is largely a petty thief, much more interested in avoiding conflict than engaging in it. However, she too fights alongside (and against!) arguably the most deadly member of the DC Universe in Batman.

Both are nimble, agile, and quick. Both have deadly weapons and savage wits at their disposal. The Black Widow is arguably a superior strategist, but Catwoman is fantastic in a tactical situation where rapid reactions are vital.

I think this one is pretty close. But overall I'd probably go with the Black Widow since she's trained to be a killer, whereas Catwoman is primarily a thief.

But what say you, HeroMachine Nation?

31 Responses to Black Widow vs. Catwoman