If you haven't heard, they're remaking "Robocop", the classic Eighties movie about a policeman cyborg with pouty lips and a literal chrome dome. Why, except for the robot parts and the penchant for violence, they could be talking about me!

Anyway, it got me thinking about the old character, and combined with the "Star Trek: The Next Generation" stuff at Dragon*Con, I came up with this concept for a versus: 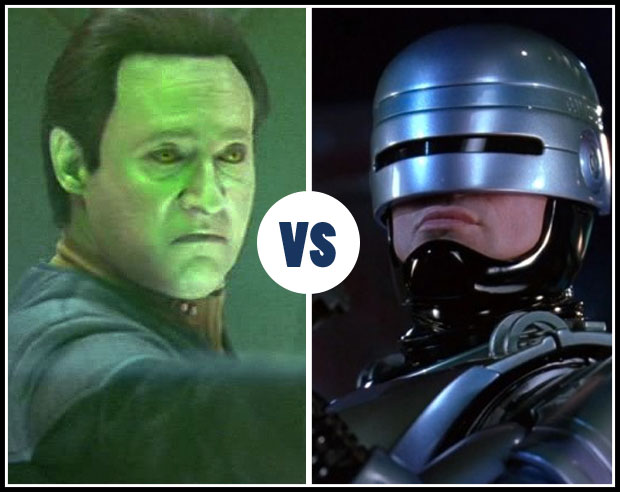 Now, Data's not inherently a warrior, but he can hold his own, while Robocop's not exactly an intellectual. I'm not saying he's dumb or anything, but they just hustled him out of Home Depot for hitting on a toaster oven.

We'll set aside the technological advantage Data would have from his century with the phasers and the transporters. We'll give them both Robocop-era weaponry, then set them down in the rocky desert, all Gorn-style. Who would win?

19 Responses to Data vs. Robocop