You're Going to Die VI

If you’re just tuning in, our goal is to write our own Choose Your Own Adventure where every choice is twofold, with one leading to further adventure and the other to a gruesome death. Here were our choices from last week:

Oh, you’re going to tell daddy over my dead body! You spring into action, grabbing a handful of those cheap office pens, just in case you need to throw stuff at him. You begin to notice your age as you pant towards the brat, but you’ll be damned if that stops you! You whip a pen at him, missing completely (unless you were actually aiming at Sue with the lazy eye from accounting, but you know you weren’t).

He looks back to see if that was you, makes an obscene gesture, and picks up the pace. If you don’t do something soon, you’ll have to listen to your boss lecture you for 15 minutes about conducting yourself in the office! 15 friggin minutes!!! You take every pen in hand, and throw them with all your might. Nailed him!

He turns around again, probably to make some stupid remark, when he runs right past his dad’s office, and down a stairwell. You hear him make a large amount of shrieks and shrills, as any annoying child is prone to do when they’re making a big deal out of some broken bones. Oh wait, this is bad! Now he’s going to tell his dad you made him fall! Unless he broke his mouth. Can you break a mouth? You’re not sure, but you bet that kid just found out.

Do you:
A – Check on the poor boy with the possibly broken mouth?
B – Beat him to his dad, and make up a story about him screwing around?

Such unchecked violence! At this rate we could be on cable. We had some great entries, seriously well written. I loved the Zombie approach from borntobealoser, but since we did such an adventure with "Zombocalypse Now", I thought we should try something different. Thus, we're going with logosgal's! 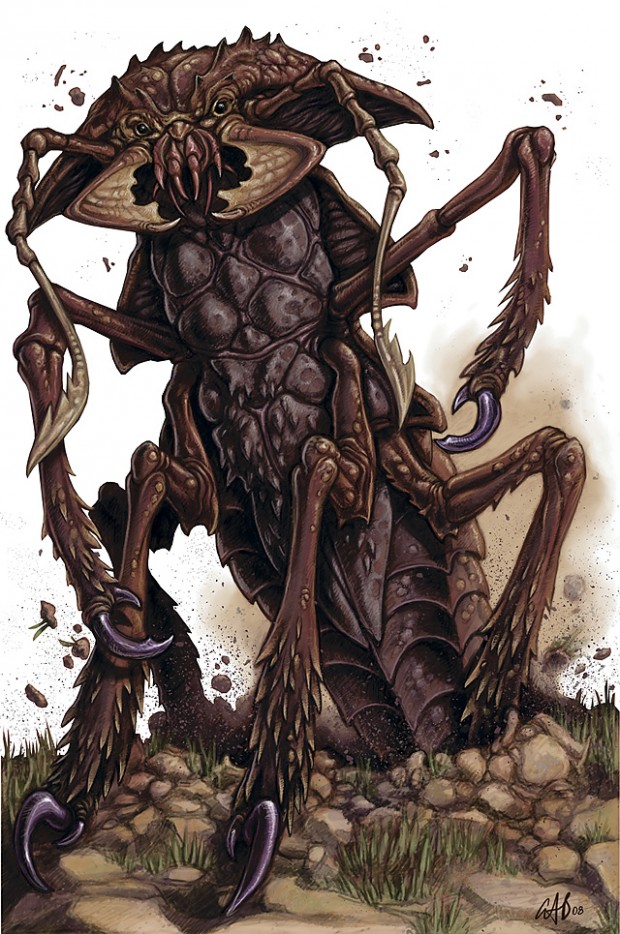 B – Beat him to his dad, and make up a story about him screwing around?
What luck! If you hurry, you can get to the boss before he even has a chance to notice the little brat’s shrieking! Without a second thought, you race to your boss’s doorway. You pause in the hallway to straighten your shirt and roll your eyes at the boss’s choice of music for the day—some sort of weird new-agey rhythmic clicking accompanied by random hisses and moans that would be sickeningly creepy if you hadn’t heard some of the other crazy stuff the boss likes. You also notice that one of the pens you threw somehow managed to stick itself into the corkboard right above the safety memo from last week about not having projectiles in the office. You smirk at the irony as you dislodge the writing implement and tuck it into your shirt pocket. Do you look professional now, or what? The boss is sure to believe such a suave, sexy, on-the-ball specimen of professionalism over his own flesh and blood, right? You take one deep breath and step inside the office.

“Hey, boss, you won’t believe what that kid of yours—”

The boss isn’t at his desk.

Puzzled, you look around. You could have sworn he hasn’t left his office since that dumb staff meeting earlier, but he’s not at his desk, not at the window, not in the other chair, and generally not anywhere you would expect him to be if he were in his office. In fact, you don’t see him at all.

You’re about to turn around and leave when you notice that annoying creepy music again, getting louder and more agitated. It doesn’t seem to be coming from his computer, or from the radio on his desk, or from the cassette player next to his desk (who still has a cassette player these days, anyway? you wonder). Maybe that’s not music, after all?

You barely have time to come to this conclusion before you are proven right. With a thud, your boss’s head hits the floor next to the desk and rolls toward you. You see that his mouth is choked with foam and his complexion looks slightly greenish. Also the head isn’t attached to anything.

You hear a stream of shouted obscenities and realize they’re coming from you. You start to back out the door, but before you can take a step, a giant bug-thing rises from behind the desk, mandibles and scythe-like limbs dripping with blood and bits of the boss’s navy-blue designer suit. Shock roots you to the spot as it lunges towards you, and the last thing you feel is the cold, chitinous blade of the creature’s front leg as it slices through your neck.

A – Check on the poor boy with the possibly broken mouth?

That’s what an innocent person would do in this situation, right? Plus, if it isn’t broken now, maybe you can find a way to rectify that before he has a chance to talk! You follow the boy’s path past his father’s office and to the top of the stairwell.

It is immediately apparent from the renewed shrieks and obscenities that come as soon as you are in sight that the kid’s mouth is not broken. In fact, he’s probably not very hurt at all; this stairwell is weird and the first flight only has like three steps.

You walk towards little Jimmy, hoping maybe the sight of your intimidating figure advancing towards him will shut him up for a few moments while you think of another plan of action. No such luck; if anything the shrieking just gets worse. How does such a little kid know that many swear words? you wonder for a moment, but then you remember who his father is.

When you get within reach of the kid, you grab him by the arm and pull him to his feet.

“Shut up, kid! Save it for when you’re actually hurt!” you say as he struggles against your grip. You note with satisfaction that even if you couldn’t keep up with the youngster when running, you’re still much stronger than he is.

He squirms and shrieks for a moment, but then he quiets down. His eyes grow big like he’s terrified of something, and a smaller, more genuine-sounding moan escapes from his lips.

“Behind you,” he whispers.

Jimmy wordlessly pulls against your grip again, this time with such sudden vigor that he at least succeeds in pulling you towards the other end of the landing.

Your oath dies on your lips as you glance up and see what Jimmy was so scared of. Standing at the top of the stairwell is a gigantic bug-thing! Its silhouette fills the doorframe as it stands on two hind legs and waves four arms that end in scythe-like claws in the air. Its shiny black body is spattered in blood—you guess that of your poor dear officemates, given the shreds of cloth that are also sticking to it here and there. It kind of reminds you like a horrible, bipedal cockroach.

You stand there gaping at the impossible creature before you, and would probably continue to do so until the thing gobbled you up with those huge blood-soaked jaws, but as you think you catch a glimpse of another two or three similar creatures coming down the hall, something pulls at you.

Jimmy has now gathered his wits about him enough to have the sense to make for the exit. Since you haven’t thought to let go, the viselike grip you have on his arm is pulling you along, too. Jimmy reaches the other end of the landing, and you shake yourself into awareness just in time to consciously think about not tripping as you dash down the stairs. You can hear the creature behind you, clicking and hissing like that weird music that was coming from the boss’s office when you were chasing Jimmy earlier. It occurs to you as Jimmy leads you down another flight of stairs that the weird music may not have been music after all…

At least I don’t have to worry about being lectured for fifteen minutes! you think.

Down another flight of stairs, and another, and another, you go, never letting go of Jimmy’s arm, always with the clicking and hissing bug-thing right behind. But all too soon, you find yourselves out of stairs! You only work on the third floor, after all.

With nowhere else to go, you shove the door to the lower level open, and you and Jimmy rush inside. Jimmy finds the knob that locks the door from this side, and you hear the beautiful melody of the tumblers sliding into place just half a second before you hear the thunk of the bug-thing running into the door.

Panting for breath, you lead Jimmy down the hall. Nobody works in the basement; it’s just a dimly-lit storage area for janitors’ supplies and extra office stuff. The other stairwell is always locked and the elevator needs a key to get down here, so you should be relatively safe here. But just in case, you take Jimmy into one of the storage rooms, lock the door behind you, then plop down on an abandoned office chair, finally letting go of Jimmy’s arm.

“Now what?” Jimmy asks, rubbing the developing bruise shaped like your thumb.

A – Stay here. With the boss’s bratty kid. Hey, it’s better than getting eaten by one of those things!
B – Go exploring. You may be able to find something to defend yourself with, and, hey, if the kid “accidentally” crosses paths with the monsters, extra bonus!

Now it’s your turn! Write up the results of Choice A (“Stay here”) and Choice B (“Go exploring”), with one ending in death and the other presenting us with two options from which to choose.

This is so much fun!

7 Responses to You're Going to Die VI