Deadpool vs. General Grievous. Who wins? 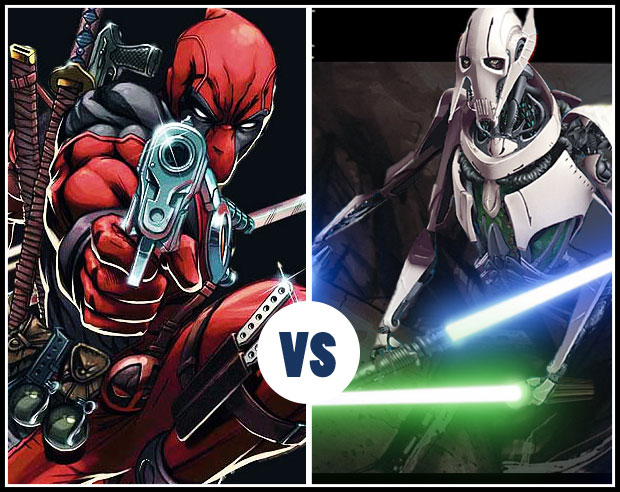 Deadpool versus a guy with FOUR light sabers. Count them, FOUR! Lay out your case for who would win this battle between the epically unserious Deadpool and the depressingly serious Grievous in the comments.

For my money, I bet Deadpool would break the fourth wall to cut down the robotic general with a scathing critique of all things Lucas, ensuring the victory.

On a more "serious" note, the Force is a powerful ally. Deadpool has fought lots of people with super powers before, though, so I think he stands a good chance of avoiding evisceration long enough to get close. Ultimately it would come down to whether Grievous' light sabers could make contact first.

23 Responses to Deadpool vs. General Grievous. Who wins?