I have to say, the latest Pop Quiz (featuring the teddy bear item) might be my favorite one ever. You all outdid yourselves, putting together some truly inspired creations. I'm going to post every one (at least, the ones that were posted properly) below with a few comments on each.

Iscarioto's "Batteries Not Included" is awesome. I love the colors, the incredible eye blasts, and the way the main bear really looks like he's rampaging through a city. It's just a great illustration all the way around. 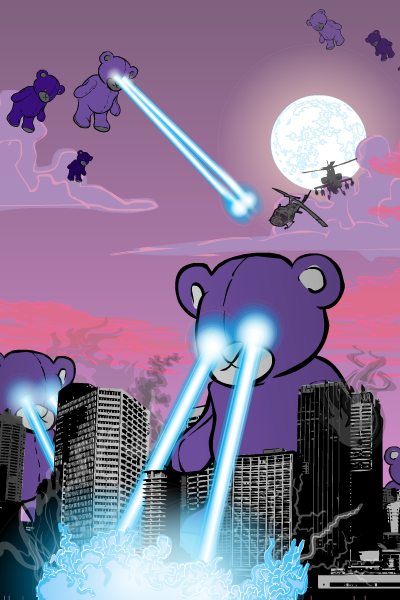 Fuzztone's "Wonderbear" is indeed wonderful. The motion lines are a great touch and I like how he made his own forward-pointing arm for the hero. I do wish he had a bit more color to him but it's a very fun concept and execution. 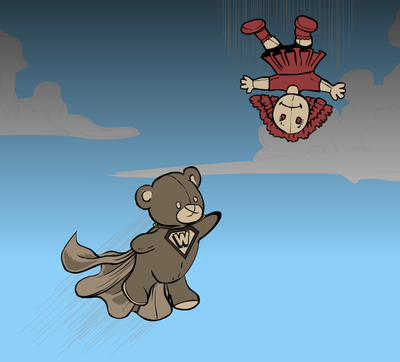 Webpulp took on the ballet in his composition, with some great sneaky tricks to trick out each of the dolls. I'd say the teddy is "ripped", but I bet to a stuffed toy that's a deadly insult. 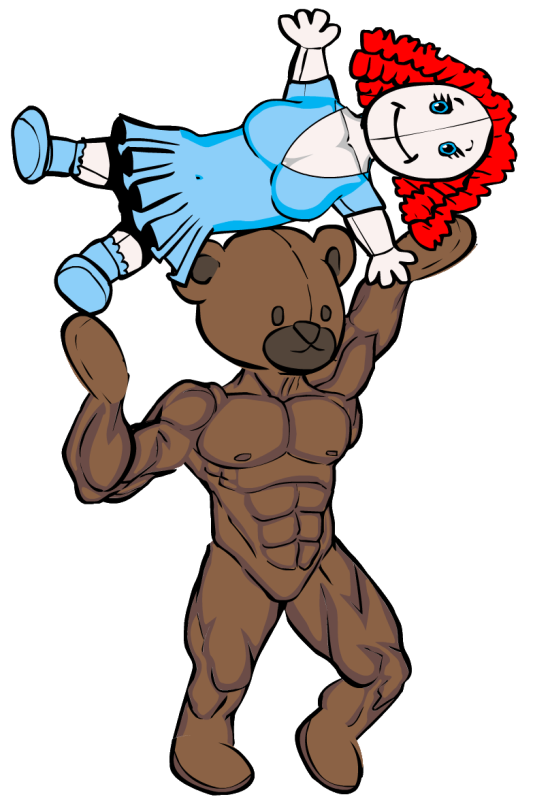 With record heat across the US, Trekkie's "Summer Bear" looks like he'll be happily kicking it back on the beach. 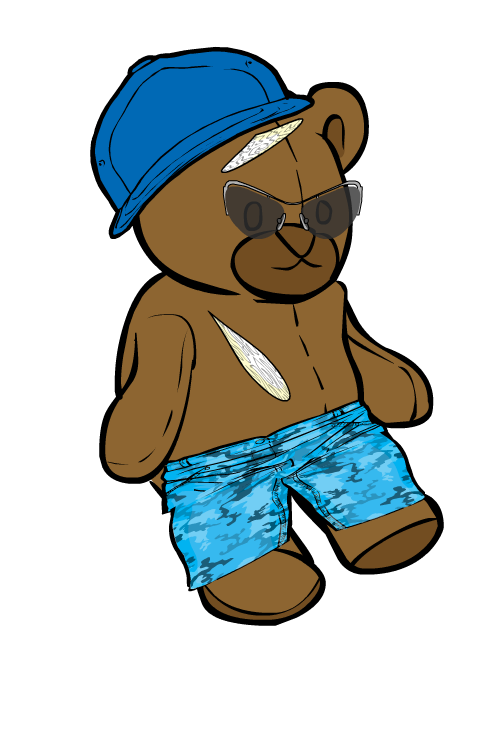 Tigerguy786 brings us "Mr. Angry Eye", a movie poster that I am pretty sure the makers of "Ted" are already booking for the sequel. 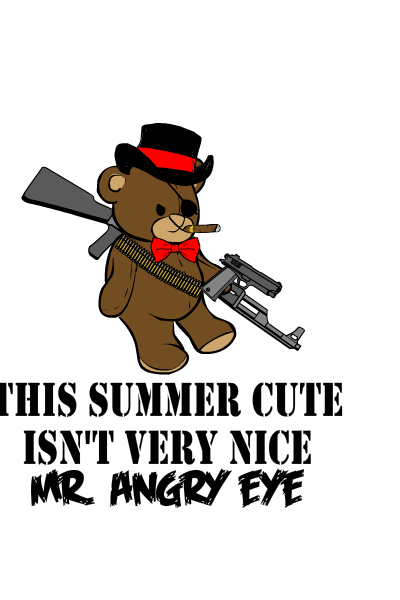 Speaking of action movies, Skybandit has a kick-ass in-your-face Seventies style scene, complete with a mustachioed and mutton-chopped main character. This image has at least five kinds of awesome fun. I would, though, recommend that Skybandit use PNG as the export format, as the JPG converter tends to really butcher red areas. 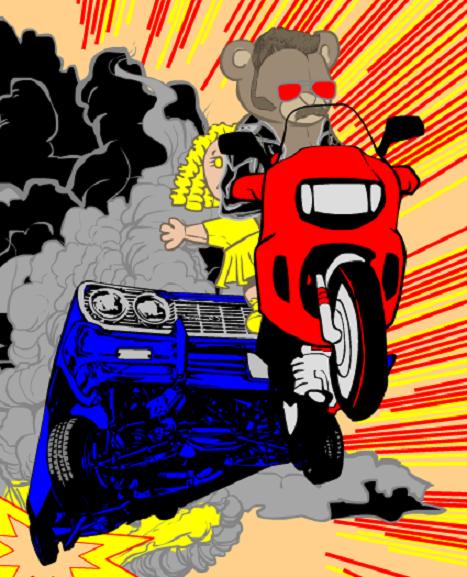 Thanks to Harlequin, who posted the correct link (without which this entry would not have been included at all), we get to enjoy Sir Awesome's "The Ladies Bear". I can imagine this dapper fellow kicking back with a bottle of Courvoisier and laying on the charm for some lucky gals. 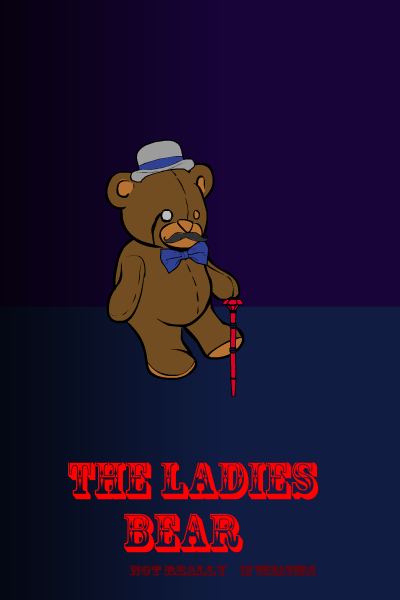 JohnnyGear put a lot of work into these nested bears. I love the design of the outer shell, it's a really neat concept and execution. 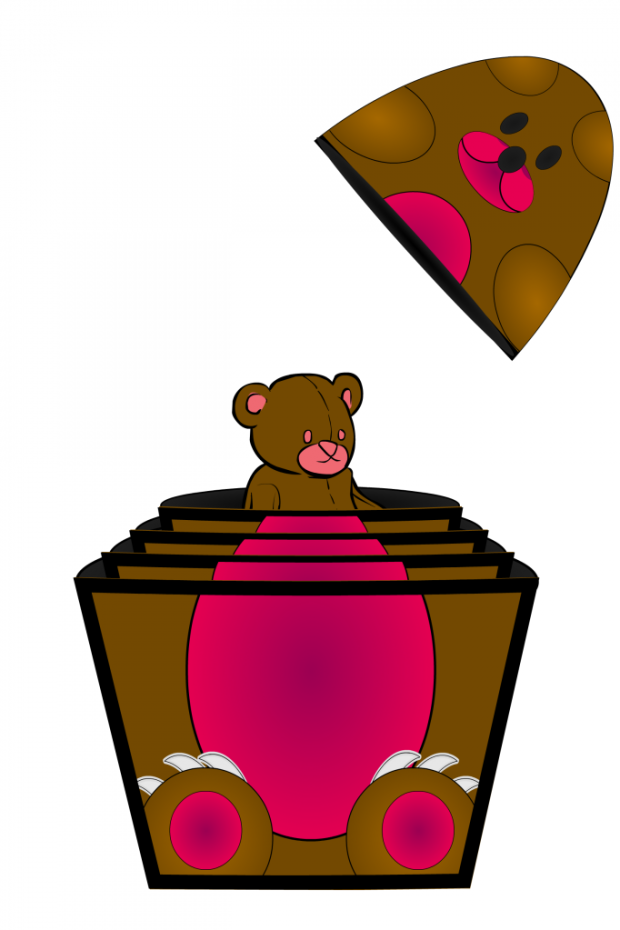 Ryan went more for the grim side with his "Extinction". 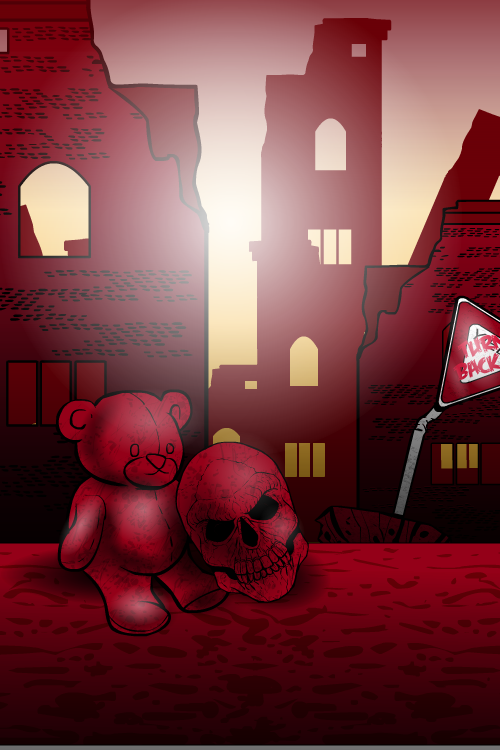 NHA247's "Super Teddy Bear" has a lot of super goodness about it. 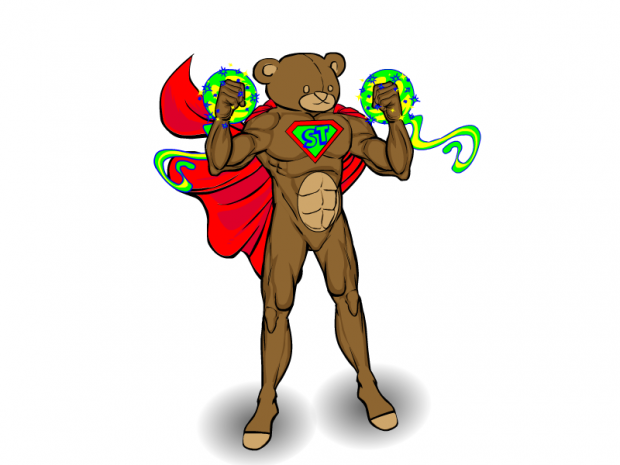 Newerlie's "The Spartan" would, I'm sure, make Frank Miller and the 300 proud. 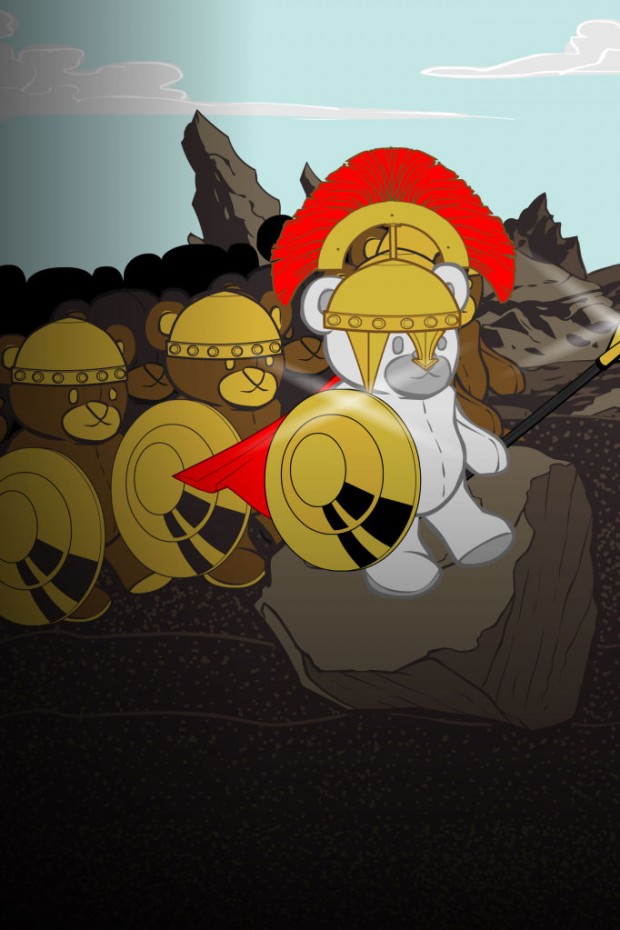 Myro's "Sherlock Bear" is soaked with gothic, foggy goodness. I could see a whole PBS series based on bears playing famous roles. 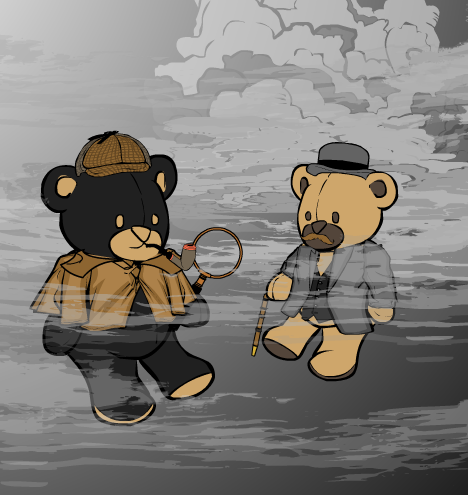 Mr. Vampire's "Grouchy" has run his bear through a glue factory before ejecting him into a trash can full of lawn clippings. 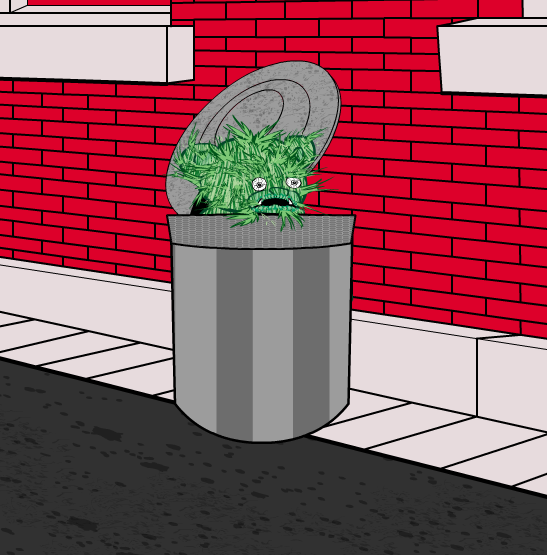 Kytana's "Pirate Teddy" will make you go "Awwwwww!" even as it shivers yer timbers. 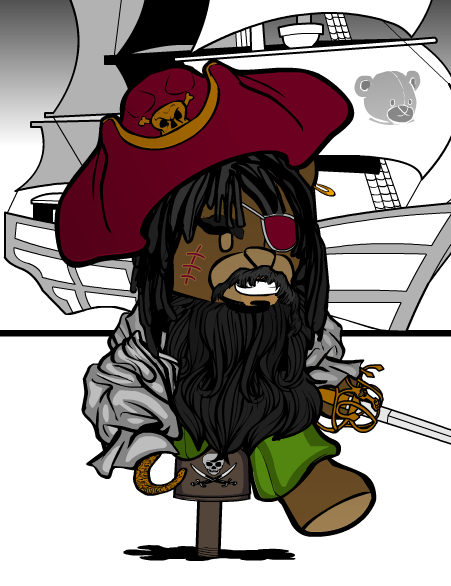 Jester's "Teddy Told Me To" also went more on the grim side. This is why you don't let your Barbie play with your other toys. 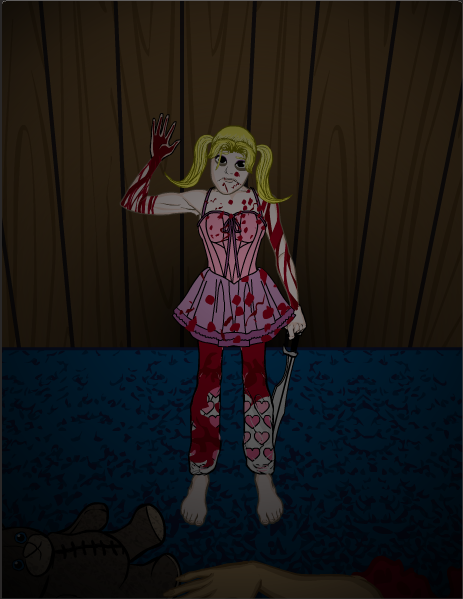 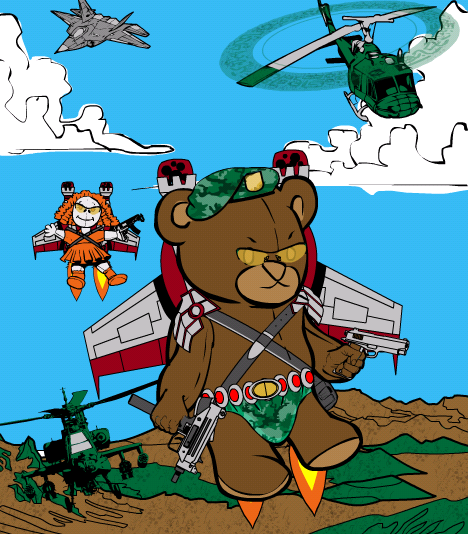 When I first opened Jack's "Teddy Date" I literally went "Awwww!" right out loud. Luckily I was alone so I avoided the embarrassment. Just look how sad the little guy is, and after he put on his best bow tie, too! 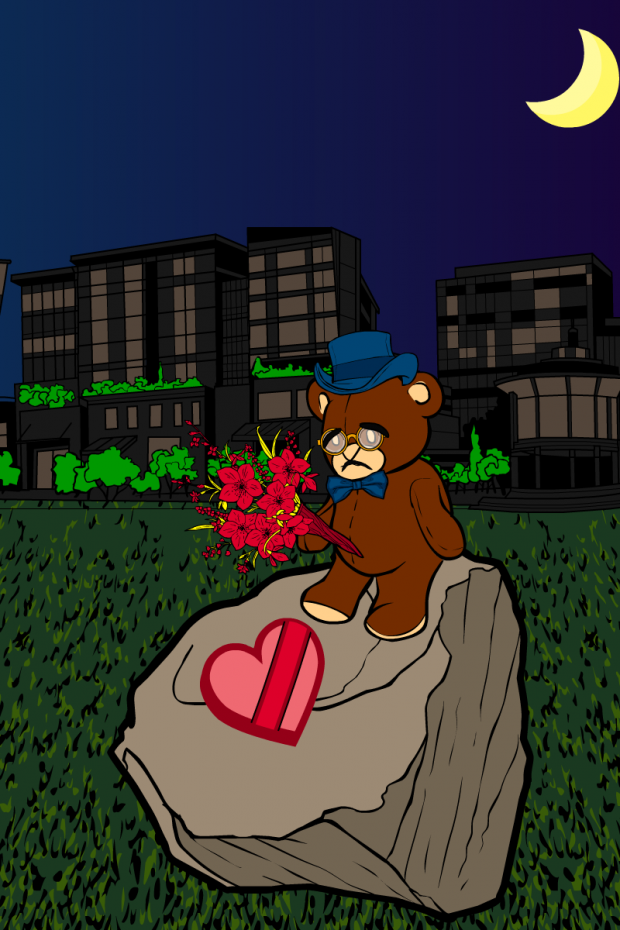 Harlequin's "Teddy Loves You Forever" is a great illustration filled with emotion. 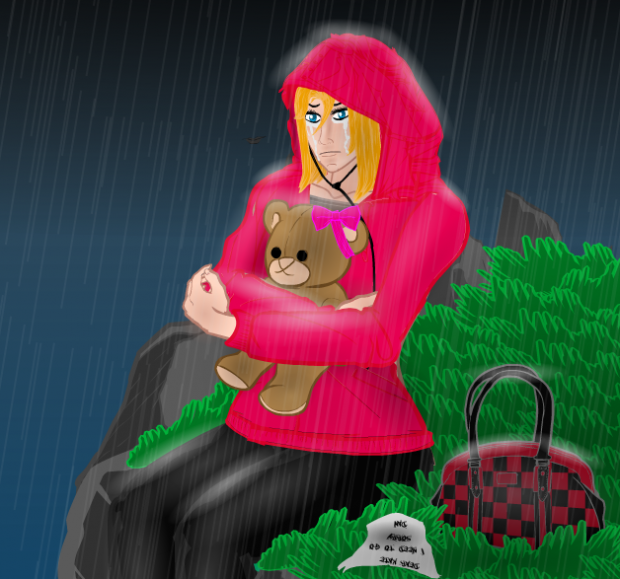 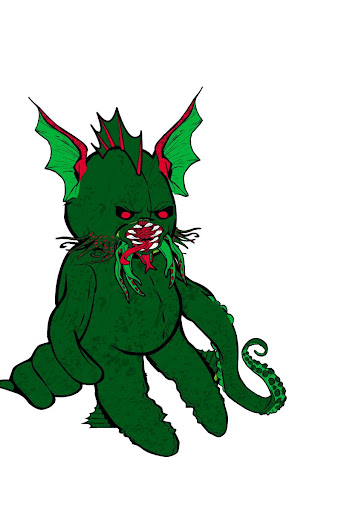 Firecracker's "Terminator Ted" might also be in the running for the official movie sequel. No way Arnold could have melted this cute little guy down! 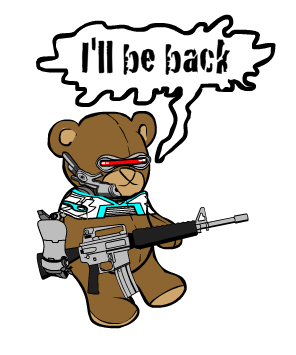 Barbario's "Bar-BEAR-ian" is all kinds of awesome. Mel Gibson wishes he could be this simultaneously frightening and cute! 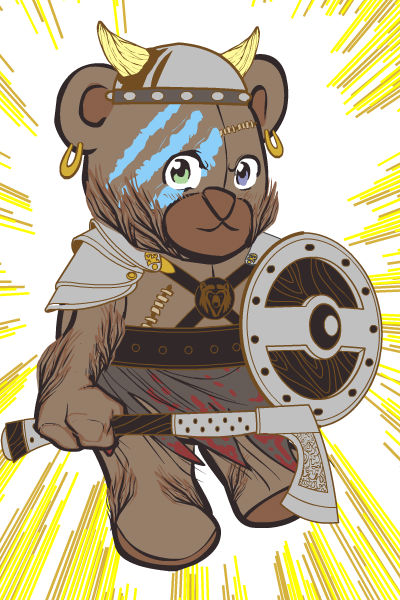 Finally, Hammerknight gives us "Fourth of July Bear", a fitting tribute on the weekend before the anniversary of the US' independence. 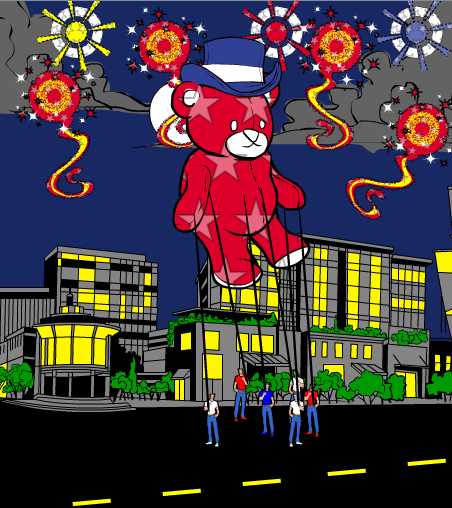 In my personal opinion, the "A+" performers on this Pop Quiz were Skybandit, Logosgal, Jack, Iscarioto, Harlequin, and Barbario. Out of those, I would say the highest marks (and the prize) go to ... Barbario! I loved the way the essential teddy bear-ness still shines through all the armor and weapons. The addition of the manga eyes was an inspired touch and all of the gear is sized appropriately for the big-headed toy. The simple burst background frames it all nicely without taking too much attention away from the bear, which should be the star of the piece.

Well done everyone and congratulations to Barbario, the first win I believe for this great creator!