Judge Woody from "Super Omega Deathbattle Warzone Apocalypse" announced his third round of Honorable Mentions yesterday on the game's Facebook page. For your convenience I am re-posting them here as well, but for the most up-to-date results you should really follow them on Facebook. Today he'll be posting the last of the Honorable Mentions, then tomorrow we get the nine overall winners. 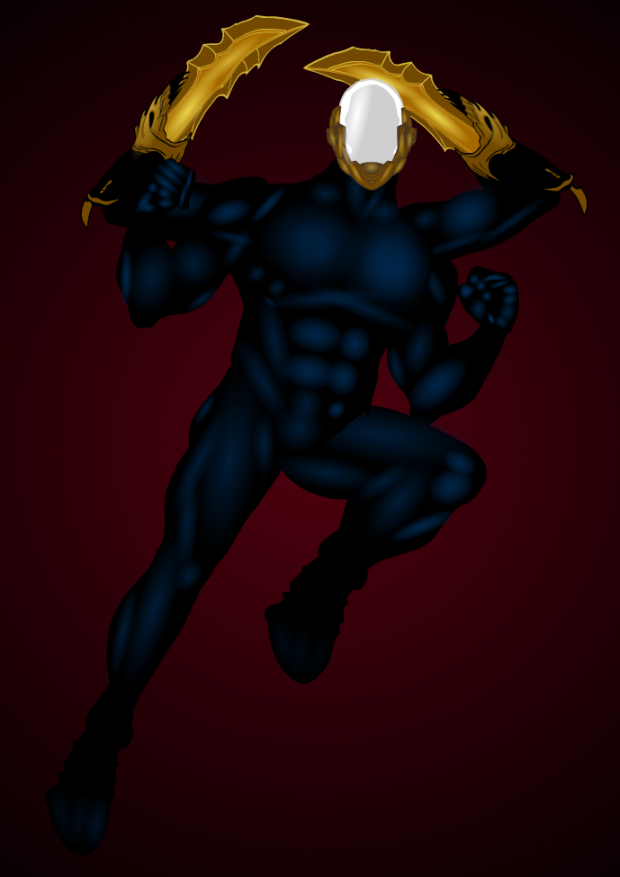 DiCicatriz’s 2nd Honorable Mention, Wrath is another character who spent quite a while in the “Winners” folder before I was forced to replace him. I love the contrast between that awesome helmet and his absurdly-simple costume, and the 4-armed look just totally works with this guy. The fact that his entire costume is just black body + awesome helmet was an incredibly bold choice on DiCicatriz’s part, and it very nearly paid off. I’m a sucker for a dome helmet, and I tried very hard to fit Wrath into the final design, but (as I’m sure you can guess by now…) I ended up having to go with a more colorful design. (As a side note, being colorful wasn’t a requirement for characters to be chosen, but each character’s colors needed to work well with the surrounding characters. For instance, the only spot Wrath could have fit into the final design would have been the middle of the right group, based on the other winning characters. The characters above and below that spot were both neutral colors, meaning I had to fill that spot with a more colorful design.) 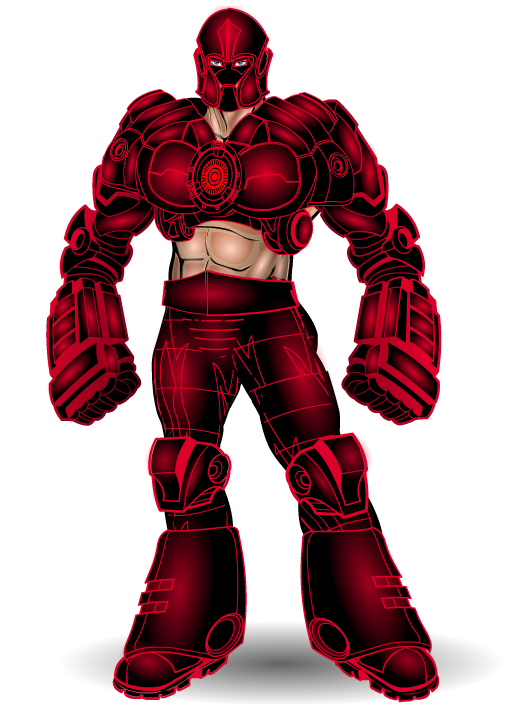 Another wonderful AMS design, Gladiator got transferred to and from the “Winners” folder several times before I finally made an official decision. I think what finally made me decide against including him was his helmet. I absolutely love every other aspect of the character, but there’s just something about the helmet that turns me off to the design. Since there was so much stiff competition when it came to tech-oriented characters, that one single drawback was all it took to keep Gladiator out of the winners’ circle. 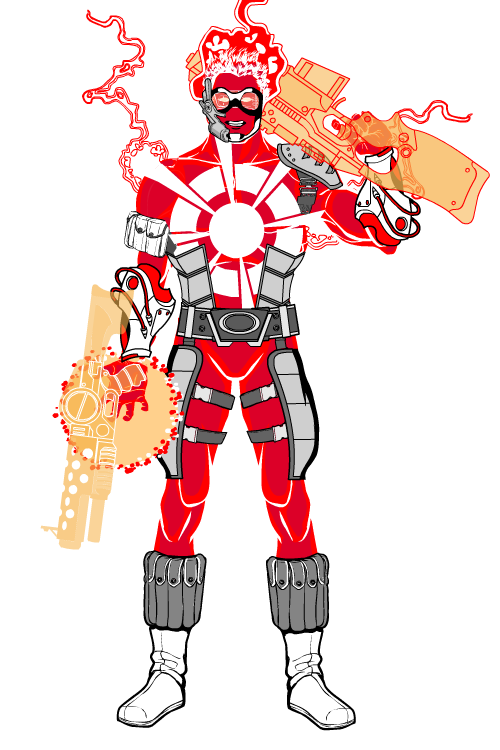 Another design from the very talented MarquisSamedi, I was actually very surprised when Firepower didn’t end up in the winners’ circle. He’s colorful, has awesome energy weapons, and is just an overall good character design. In the end, he basically just didn’t hold up against the finalists, but that’s absolutely nothing to be ashamed of, considering the same can be said of over 390 other designs, most of which didn’t receive an Honorable Mention. 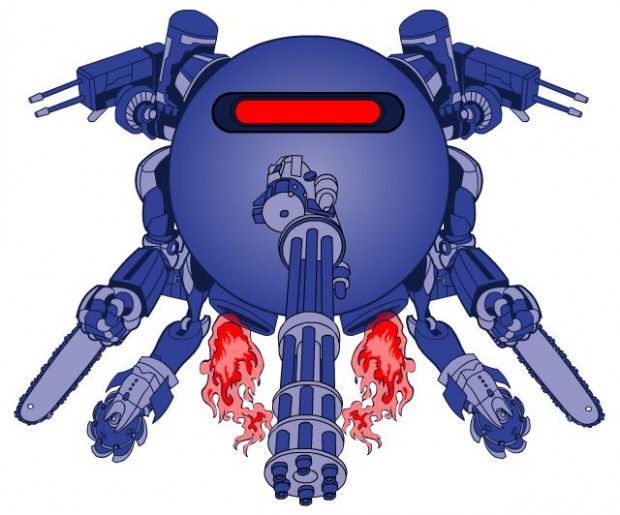 MaDPac’s Globe has the distinction of being the only non-humanoid winner of an Honorable Mention. I think this is just a really cool design. It reminds of something I would have fought in the old SNES RPG, Earthbound, and anything that can remind me of Earthbound is automatically awesome. It also kind of reminds me of the killer orb from the Phantasm movies. I love the colors, and just the overall design choices. Very nice work, Madpac! 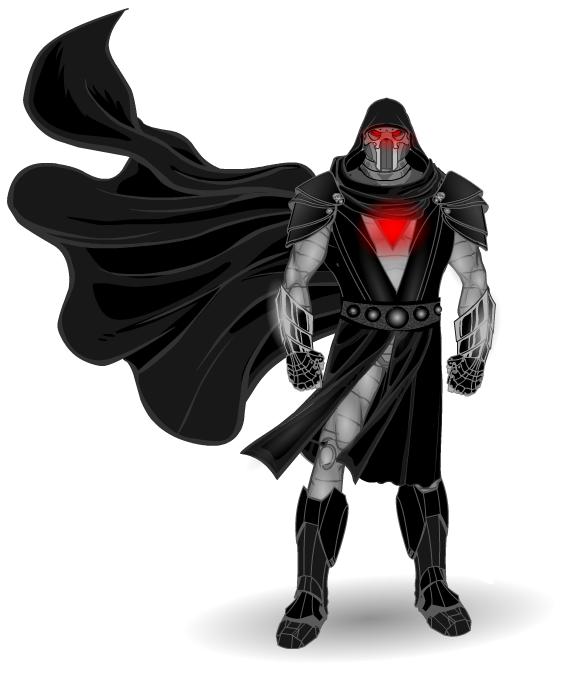 Sutter Kaine’s Lord Dread reminds me of Dr. Doom, and that is always a compliment. This dude is a pretty good embodiment of what we were looking for, and I tried to include him in the final promo design, but as with so many others, he got beat out by a more colorful design. Despite his lack of color, I love how basic the design is, and I’m a sucker for a cape flowing dramatically in the wind. If there’s one thing Lord Dread can do, it’s rock that cape like nobody’s business. 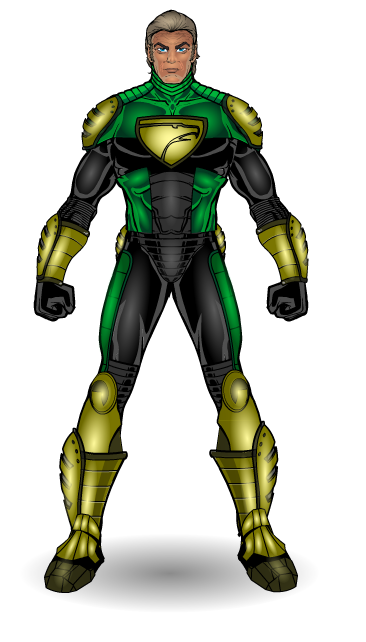 AMS’s 3rd and final Honorable Mention, Iron Eagle is a great example of good character design combined with flawless execution. Just like JohnnyGear’s Ninja Assassin character, Iron Eagle looks like he actually has weight and mass. He looks like he could dish out incredible amounts of pain and shrug off bullets and knives like they were nothing. Although I think he's a great design, Iron Eagle just didn’t stand out quite as much as a few of the winning designs. 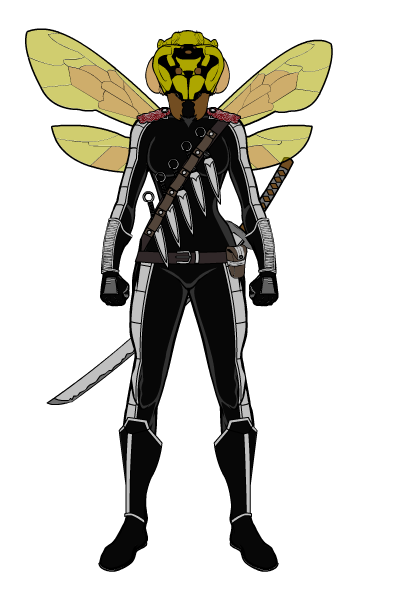 Frevoli’s Locust Assassin is just a really cool and original character design. Though she never quite made it into the “Winners” folder, I did stop on her more than a few times, debating whether to add her or not. Her actual costume is just so simple and effective, but then you’ve got this insane locust head and insect wings in direct contrast to the otherwise simple design. She looks like she’d be a sniper or something, but then you notice that all she has are bladed weapons, and you realize she’s going to be right there with you when she makes the kill. 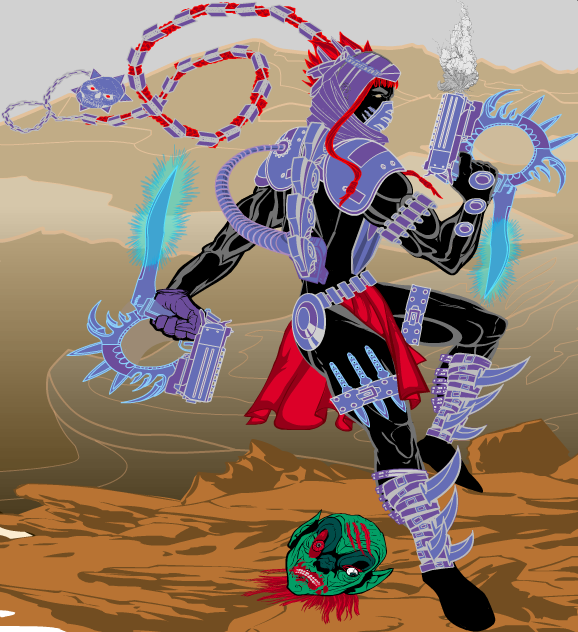 Kingslaughter’s 2nd Honorable Mention, Cyber Rogue is another awesome character design presented with flawless execution. I think Kingslaughter’s designs alone contained more shades of color than all the other 400 entries combined! There’s almost too much awesome stuff in this piece to take in at once. First, I love the cybernetic spine made out of knee-pads. Those crazy blade weapons are incredible, and the fact that Cyber Rogue has a morning star attached to his head shows he’s not afraid to use any part of his body as a weapon. 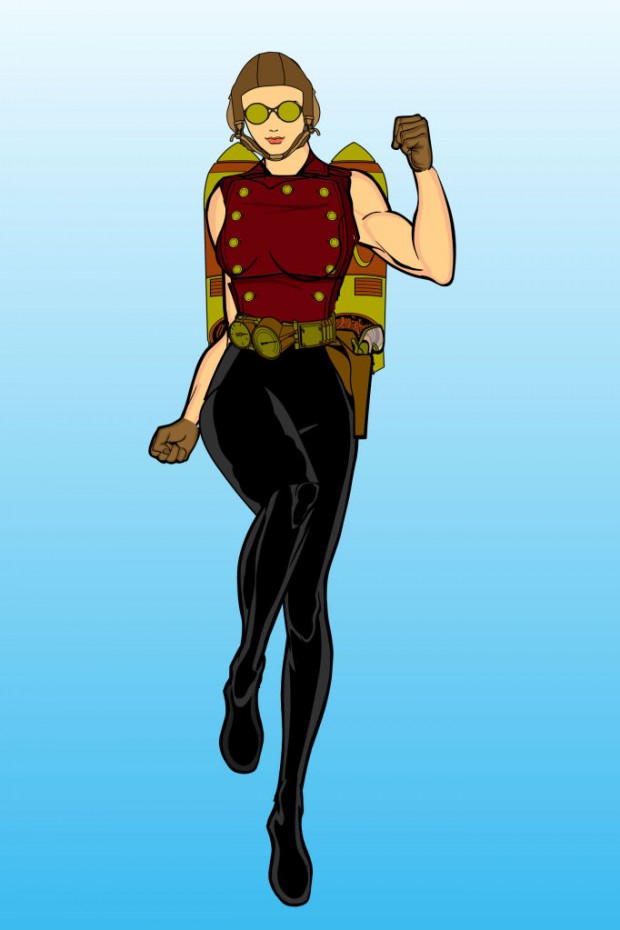 I love the retro feel of MScat’s Booster Girl. The pose, expression, and coloring all combine to form something that could have been pulled right out of a golden-age comic. I love that there’s absolutely nothing about this design that attempts to be badass or awesome; it just manages to achieve both naturally. It says a lot about the design when the character doesn’t need exposed cybernetics, digital visors, badass weapons, or snazzy special effects to catch your eye. Great job, MScat!