Skynet vs. Transformers. Who wins? 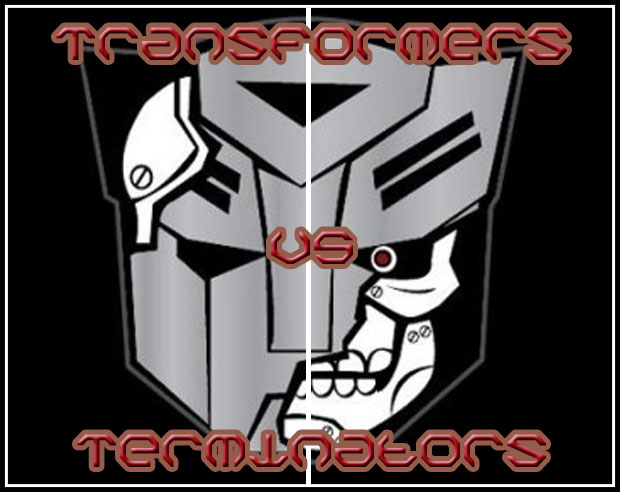 In the history of film, we have two great robot franchises to contend with. The first is the soulless living metal cyborg army of the Skynet future, Terminators rolling over the last tenuous threads of humanity. The other are the transforming alien Autobots known as the Transformers. Who would win an all-out struggle between these inorganic titans?

On the one hand you have alien technology and Optimus Prime's astounding generalship, going against a sentient AI whose best plan ultimately was to send Arnold Schwarzenegger back in time repeatedly to kill one dude. One dude!

On the other hand, the liquid metal T-2000 not only resembled a gorgeous woman (take THAT, Bumblebee!) but was able to transform itself in limited ways as well.

I admit I'm a bit stumped on this one. So I turn it over to you to debate -- cast your vote and persuade others to do the same!

25 Responses to Skynet vs. Transformers. Who wins?