Updated: Due to the site being down for much of the day, this Pop Quiz deadline is moved to tomorrow.

I haven't done one of these in forever, but I'm sick of Open Critique Day and I want to see more of what you all can do. So here's your one-day Pop Quiz challenge: 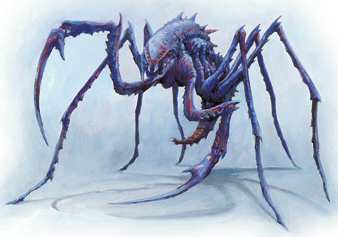 You only get one entry -- that's right, just one! So make it your best. No backgrounds or elaborate scenes, just an illustration of a monster like you'd find in "Fiend Folio" or the classic "Monster Manual". I'll also need a description and name for the beastie though that shouldn't be in the image itself.

Most of the other rules are the same as for a regular contest, but instead of a whole week I'll announce the winner either tonight or first thing in the morning.

This entry was posted in Challenges, Pop Quiz. Bookmark the permalink.