After a missed couple of weeks, it's time to continue our Freestyle Adventure Series. We had some really good story seeds turned in, but unfortunately my idea of a comment voting system didn't work out -- the plugin was definitely sub-optimal. In lieu of that and so we don't have to wait another week, I just picked our winning seed and image. Unfortunately, a high percentage of them failed to follow instructions and either weren't written in second person, weren't gender-neutral, or didn't have a good jumping-off point.

Our winning story segment comes from the puissant pen of ... Skybandit!

Perhaps you should have been more careful with your pronunciation, for in a flash and with a rumble like a Californian quake, there appeared …

Thus your challenge this week is one of two things (or both, if you fancy a challenge):

If you choose to write the next segment, here's the image you must somehow incorporate into the story, courtesy of Keith_Kanin: 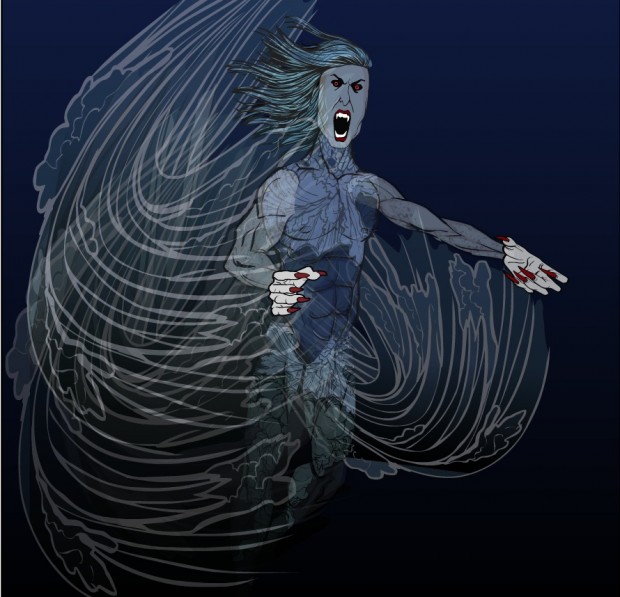 I've installed the GD Star comment rating system, which I hope will be more stable than the last plugin I tried. Registered users can vote for entries they like with a thumbs-up; the image and story with the most thumbs-up votes wins!

If this turns out not to work, I'll just pick the best story and image like a regular contest.

18 Responses to Freestyle, Round 2!