At the prompting of Kaylin88100 and as suggested by dblade (thanks to you both!), we're going to start a new themed set of contests, like the Zodiac ones. Only this time, we're getting medieval on your butt by taking on the Seven Deadly Sins! 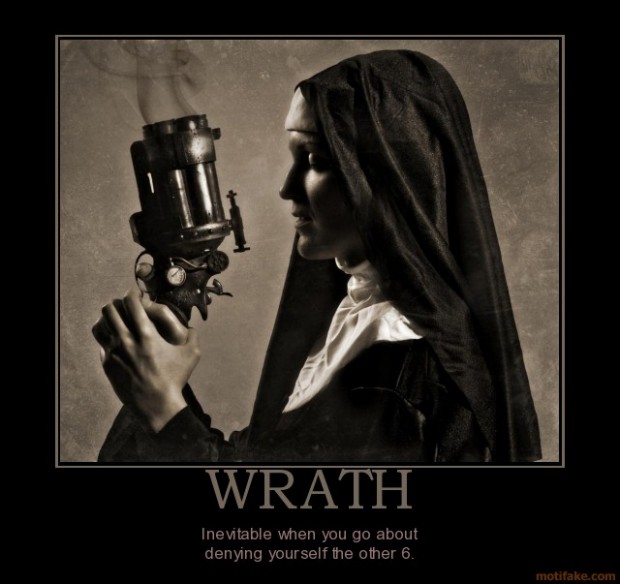 Your design challenge for this week is to create a character or characters based on something related to the first of the Deadly Sins, "wrath". Your character could be named wrath, or you could build a cyborg warrior fueled by rage, or a Hulk-like monster consumed with anger, or a young Khan clone ("Wrath of Khan", get it?!), or a big ugly demon creature from the netherworld, or anything else that inspires you when you hear the word. You could build an entire seven-member team of characters named "The Seven Deadly Sins", with Wrath being just the first; that would be kind of fun to keep track of.

But really, it's up to you. Just make a great illustration based on the concept of "wrath".