Many thanks to everyone who entered Caption Contest 110, featuring an epic example of Superdickery. Your challenge was to come up with a headline or off-panel caption for this cover: 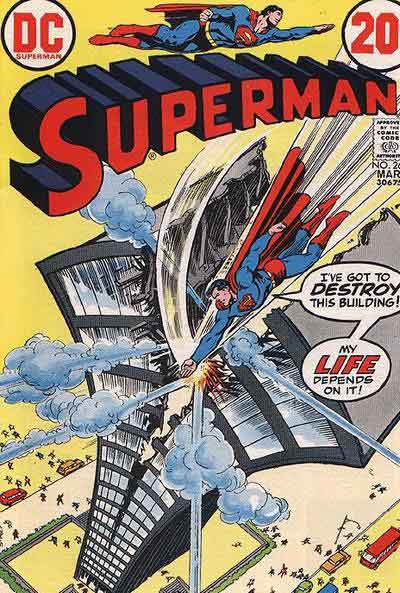 We had a ton of great submissions, so without further ado, here are some of the ones that I thought were particularly funny:

Having just recently re-acquired my WoW addiction, I sympathize completely with TheNate's first entry. Oi. And I think "Superhero Jenga" should totally be one of DC's "New 52" launches, that would be awesome.

However, as the overall winner I am going to have to go with ... Nick Hentschel! That one made me laugh every time I read it, and I thought it was a very clever way both to explain the scene and to be an ironic comment on it. Well done, Nick! Let me know what you'd like for your prize either in the comments or via email.

Thanks again to everyone who entered, and congratulations to all of these fine Finalists.