The Floating Dead & the Flaming Seamen

Last week we left our daring Lone Wolf poised on the railing of a burning flagship, staring into an advancing fleet of a terrifying armada of undead savages and wondering whether to jump for safety in the water or to boldly leap onto the deck of the approaching death hulk. And we chose ... Death Hulk! 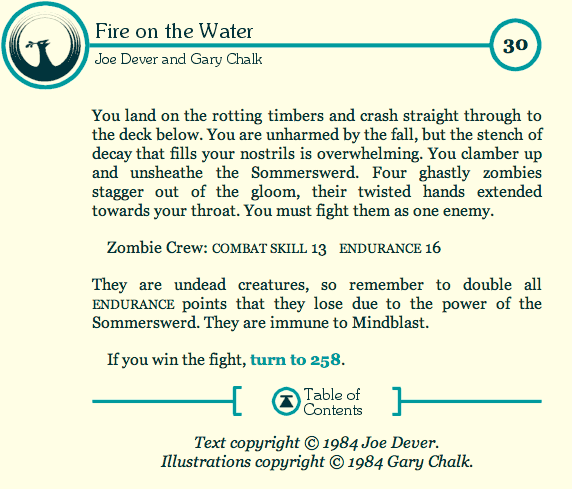 Fight, fight, fight! I think it's funny we crashed right through the rotten deck. I guess zombies don't weigh much or this thing would look like a slice of Swiss cheese. Anyway, on to the battle!

With the Sommerswerd our Combat Skill is a gnarly 27, and our beginning END is a fully-stocked 24. We don't get Mindblast against these undead bastards (apparently they haven't had their morning ration of brains yet) but we do get to do double damage.

Round 1: I roll a pathetic "1". Typical. This is why my D&D nickname was "Rolling Death". Luckily the Sommerswerd is here to make up for my shortcomings, as with an 11+ Combat Skill advantage we double our outstanding 9 points of damage to 18, annihilating all three zombies for just 3 END lost on our part. Rockin'! One and done is how we like it, folks. 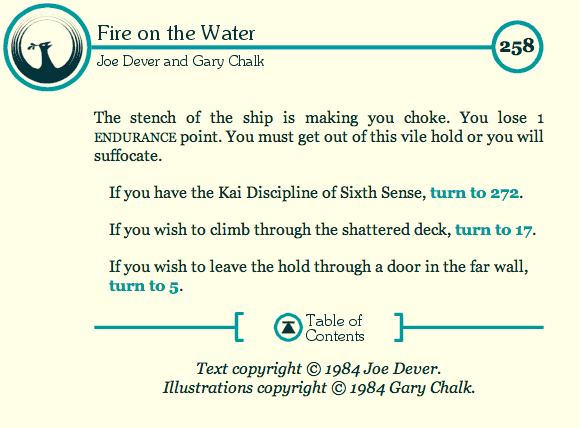 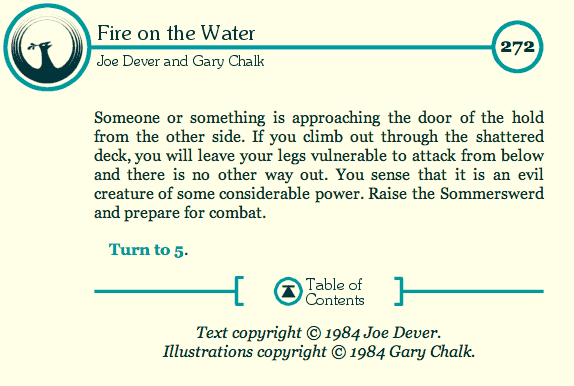 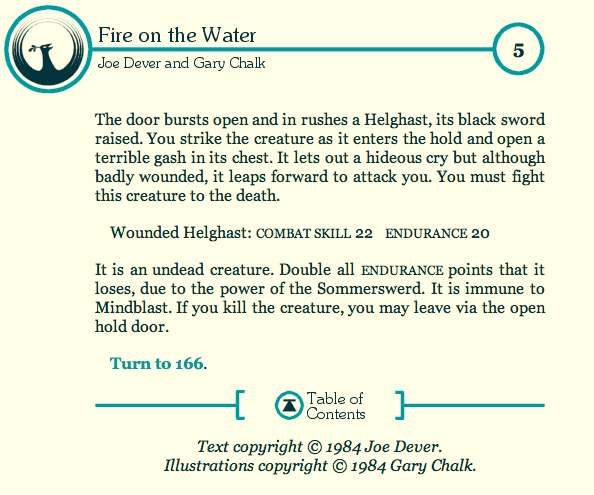 We do have Sixth Sense, luckily, so I just went ahead and jumped to that part. I think it's hilarious that after falling through the rotting deck, we end up in Stankville. Apparently when they can't get brains, zombies eat nothing but beans.

And at last we face a Helghast with an effective weapon in our hands! Time for some revenge, mofo. We're still rolling with a CS of 27 versus his 22 for a +5, with the same END for us both. Here goes ...

Round 1: Rolling Death makes good! With an "8" and a +5 advantage, we get an obliterating 14, doubled to 28. That slices the rotting pile of filth in half, in exchange for NO damage to us! Woot! We have got to work out some kind of permanent time-share on this Sommerswerd. 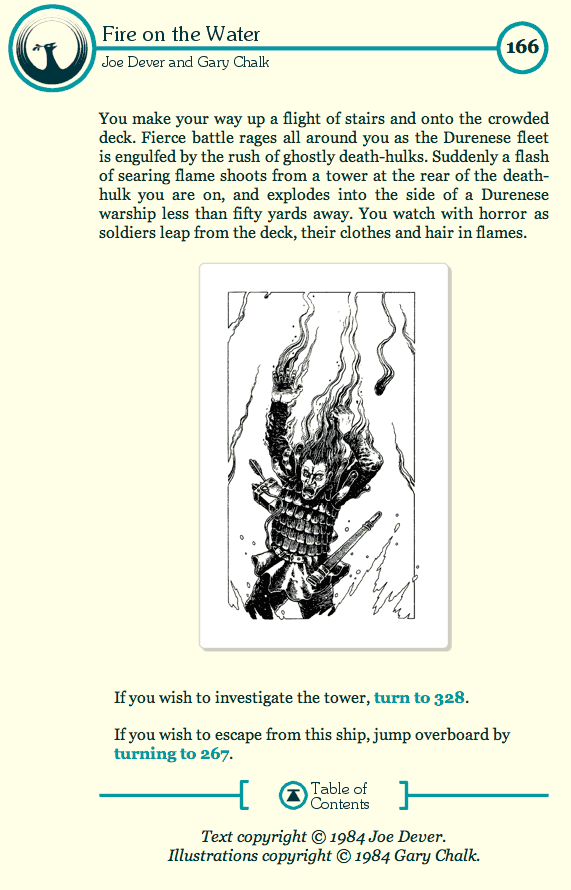 So here we are, folks. We have mounted a Flaming Death-Hulk (coming soon to the new "Marvel 52!") while flaming seamen dibble down around us. We can either charge into a massive rotting tower flinging fiery death onto our fellow sailors, or leap into the choppy waters and hunt for a better target. Or we just wet ourselves, I'm not sure. What'll it be?

19 Responses to The Floating Dead & the Flaming Seamen