I am enjoying the debates around these "Versus" fights, so here's another one for you: 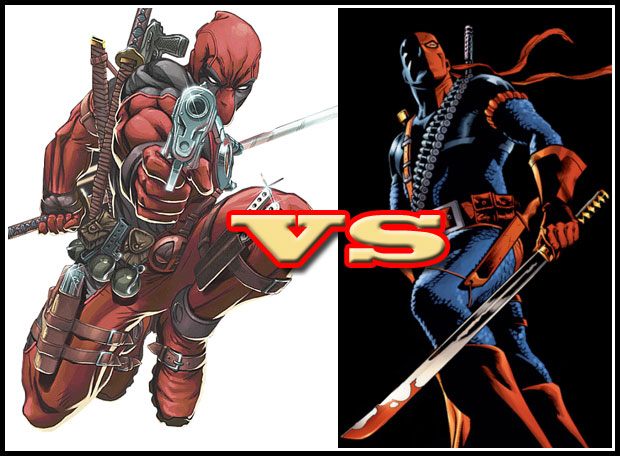 To help you in your decision-making process, here's a quick run-down of the two characters (powers not shown):

For me, the last two points are the difference maker. I don't care how bad-ass either of these guys is, the fact that Deadpool was both created by Rob Liefeld and played by Ryan Reynolds -- a twin bill of titanic suckage -- means I gotta go with Terminator. Plus, come on, how awesome a name is "Deathstroke the Terminator"?! That's like TWO killer monikers rolled into one!

I leave the technical details of who would win in an ACTUAL fight to you better informed folks.

51 Responses to Deadpool vs. Deathstroke