Thank you to everyone who participated in Character Contest 64, which asked you to come up with prospective new members for DC Comics' "Legion of Super Heroes" (or its alternate group, the"Legion of Substitute Heroes"). I had a lot of fun reading and viewing the submissions; the Legion was arguably my favorite comic growing up (along with Green Lantern and The Flash) and this was a welcome walk down memory lane.

I do unfortunately have to take a quick moment for some housekeeping duties: Alphaalpharomeo, Dan, directawesome, Jordan_Xord, Yurasagi, and MrMatt220 all posted links that went to jump pages rather than directly to the image itself. In the future that may disqualify your submissions, so please post better, direct links in the future. In PhotoBucket, there's a box over to the right that specifically says "Direct Link" -- that's the one you want. In Picasaweb, right-click on the image and use "Copy Image URL" from the flyout menu. Thanks -- it makes downloading these much easier and faster for me.

Now, with that out of the way, on to the many wonderful Finalists!

AMS has a real knack for creating awesome widescreen shots. He uses it well here with "Dragon Boy". I love the looming dragon form in the background, the way the red in the wings echoes the glow of the eyes, the simple but nifty design of the human, and of course the framing device of the smoke. Very cool. 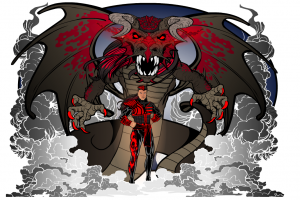 I love the layout of Anarchangel's "Bug Boy". The angled, dirty wall with the spray paint on it, the crouching figure, the windblown debris, all work together to make a very engaging setting. I like the design of the character as well, nothing too complicated but quite fitting. The only thing holding this one back is that it feels much more like a modern-age environment rather than one in the far future. 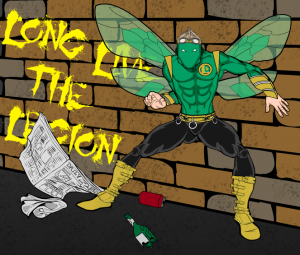 I like the image Atomic Punk came up with for "Lepus of Arneb", but I have to admit that the story is what really captured my imagination. I think it's a fantastic concept that I could definitely see as a real Legion character. 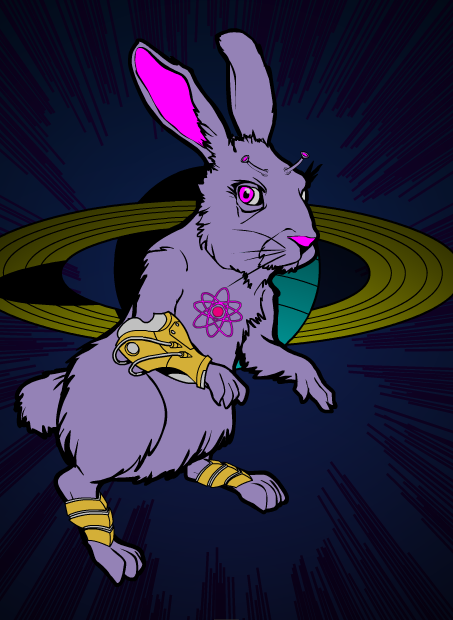 Cliff's "Bat Boy" works on all kinds of levels. I love the black and white color scheme, the great use of the bat wings, the use of the greaves as feet, and the perfect background. I can't say it necessarily screams "Legion", but it's a really nice image. 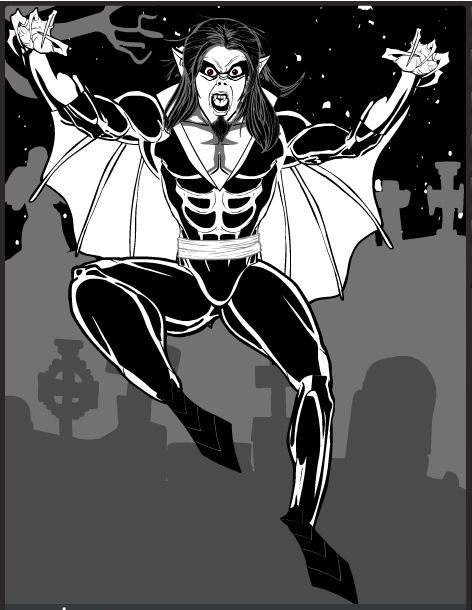 DiCicatriz' "Crush Kid" has both a wonderful look and a good backstory. I like the power and dynamism of the composition, and the outfit is very Legion-ish. 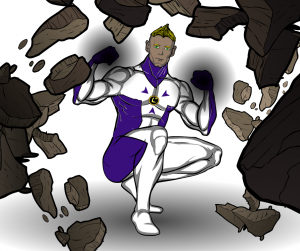 Hammerknight's "Rainbow Lass" is a cool mash-up of Duo Damsel and Color Kid. It's a nifty, classically Legion idea. 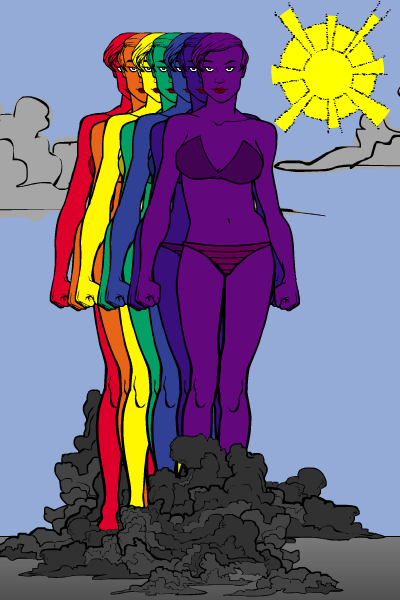 Jack Zelger gives us "Sonic Girl". I love the pose, the facial expression, and the background sonic effect. The costume is elegantly simple, and while it's vaguely reminiscent of the Black Canary, I think it works as its own entity as well. This is one of those excellent examples of "less is more". 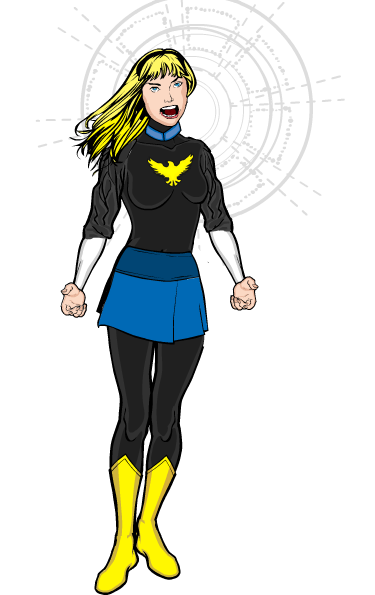 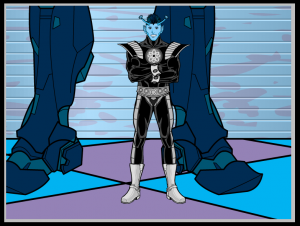 Kytana's "Candy Girl" is a wonderful blend of concept, color, and composition. I have a bit of trouble trying to imagine her fitting in with some of the other Legionnaires, but then again, I suppose that's part of the fun of the book. 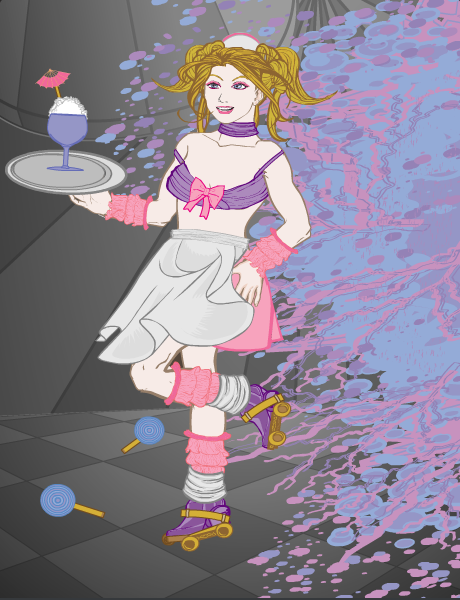 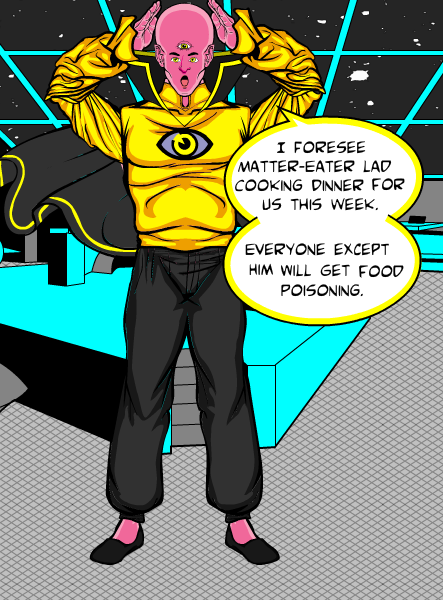 Papakrok's "Balance Ladd" is just a gorgeous image. The perspective, the thin body physique, the face and expression, the faded-out background, the birds circling below, the colors in general, it's all just beautiful. Really nice job, sir. 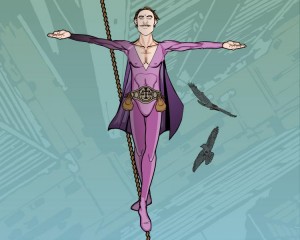 Papakrok also gives us "Wrecking Ball". I like to imagine his whole power is to just sit like a lump on the end of his chain till one of the other Legionnaires swings him around. 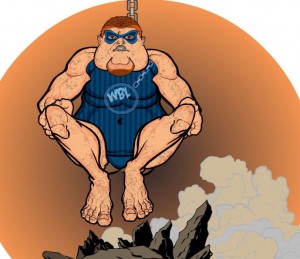 Rancid's "Bug Lad" would be a natural for the Substitute Legion. I bet you can step on him so he gushes out all over, then recombines into his regular shape. That would be awesome. His battle-cry would be "NO GUTS!"

The next two Finalists both play up the whole "Lad and Lass" theme with the Legion. First is Sean David Ross' "Laddie Lad", which is both very funny and a great design at the same time. I love the plaid patterning in the musical notes, that's inspired. 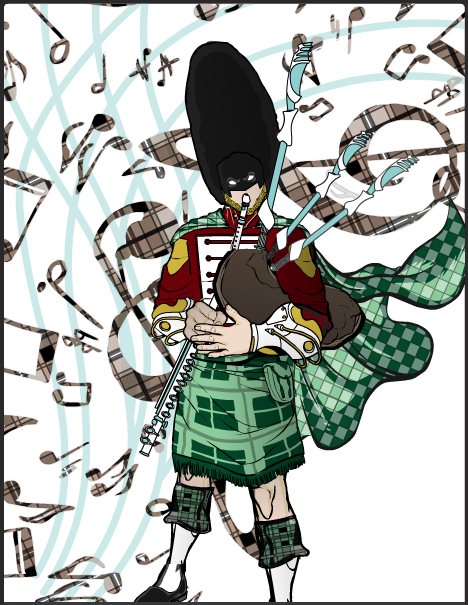 And then Spidercow2010 came up with the gender-bending "Lass Lad". It's a startlingly good image, actually, despite being obviously intended as a gag. I love the pose and the use of the turned torso, it looks very natural. Well, you know, considering. 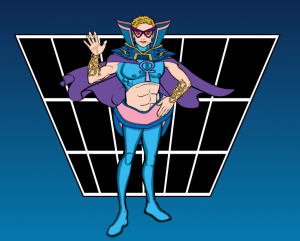 Sutter Kaine's "Exploding Boy" gave me the biggest laugh of the day, particularly with his elegant explanation that "his powers can only be used once." Awesome! 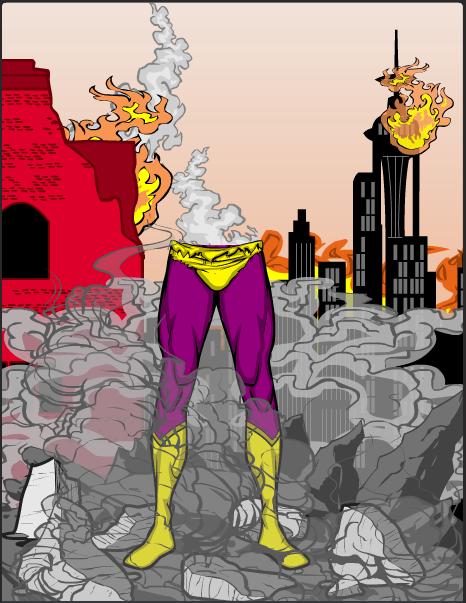 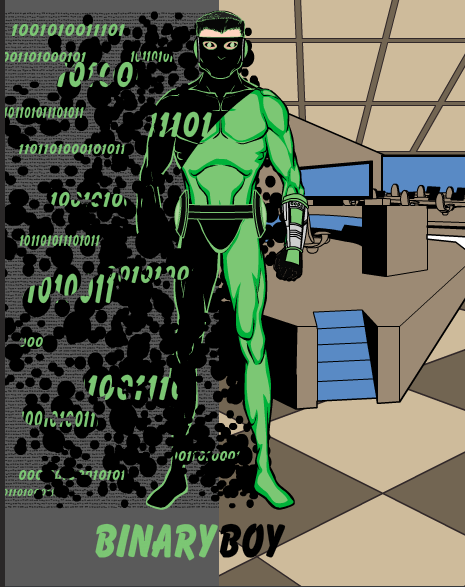 This week I have a different approach to picking a winner. Generally I go primarily by "Which is the best illustration", and that's pretty much that. But for this contest, I have to give equal weight to "Can I see this character as a Legionnaire". And with those two criteria, I thought the entry with the perfect mix of cool image and outstanding concept was actually Atomic Punk's "Lepus of Arneb". I seriously want to read adventures featuring a Legion with this guy in it. And the whole idea of a giant, humanoid bunny hopping around in combat next to Brainiac 5 just tickles me to death. I think it's just the right mix of inanity and seriousness that hallmarks the best of the Legion run.

So congratulations to Atomic Punk for what is, I believe, his first Character Design Contest win!