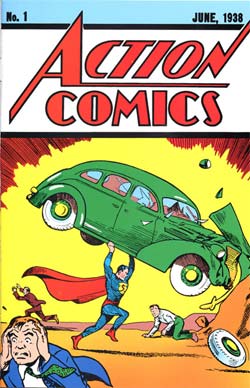 You hear this sort of question all the time as it relates to professional sports, the idea that if you had to start a new franchise with just one star, who would you choose? Only this time, we're doing it comic-book style:

I started thinking about this in relation to "Invincible" and "Hellboy", both characters that were completely unknown but who eventually staked out an entire comic book line of very successful follow-on characters. But few of us have the raw creative power of a Kirkman or Mignola, so it seems like it'd be better to start out with a known commodity.

The question is, which known commodity? Let's explore the options:

If you answer "none", please let us know in the comments what kind of character and stories you'd do. I think that'd be great to hear!

If you go with an established character, tell us what sorts of stories you see them involved in at your new company and how you'd change their history around to make sense, what you'd replace their established supporting cast with, etc.

For me, I'd probably go with Wolverine. I could see doing some really awesome adventures with the basic concept of "Unkillable amnesiac with claws". Yeah, that works ...