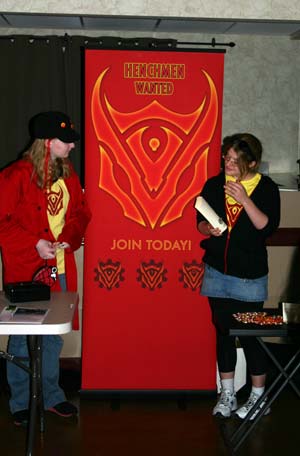 Every good organization needs henchmen, those loveably expendable front-line shock troops referred to in times gone by as "cannon fodder". Whether you're talking about "Marked for Death" Star Fleet Red-shirts or the tunic-wearing green-clad losers with giant yellow "H" suspenders Hydra runs out to get their butts kicked by Captain America, these guys and gals put it all on the line every day knowing full well they've got a snowball's chance in Hell of making it through any scrape unscathed. And yet, they strap on their ginormous yellow AIM helmets anyway and gamely soldier on.

Not that all organizations with henchmen are evil. I say nay nay! S.H.I.E.L.D isn't shy about trotting someone's weak-kneed little brother out there in a midnight blue jumpsuit to get blasted to death, either.

Your challenge this week is to create henchmen for some larger comics organization. You could use an established group like A.I.M. or the Justice League, or you can use a group entirely of your own creation. Either way, we're not talking unique one-off heavy hitters, we're talking front-line soldiers who dress in uniforms here. For instance, Back in the Day buddy John and I were involved in a long-running Champions campaign. My criminal organization was "Leviathan", built along nautical themes while taking their motivation from Hobbes' vision of a humanity badly in need of someone to take charge. Their lowest level of front-line goons were called Piranha:

The heavy-hitter units were called Squids: 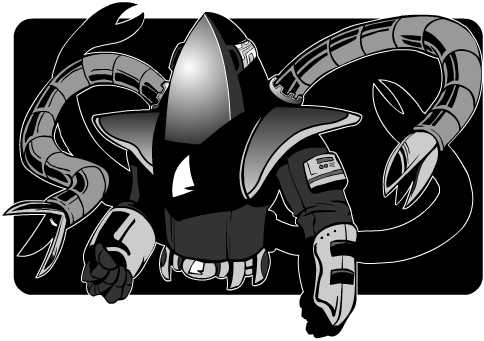 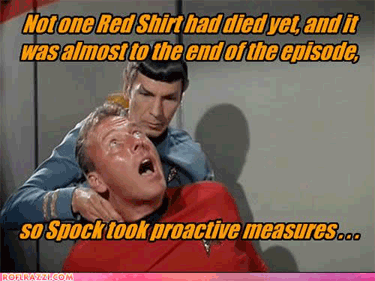 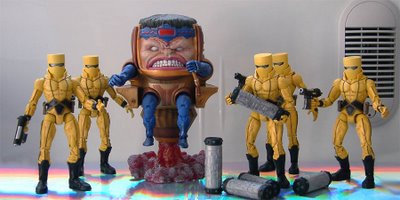 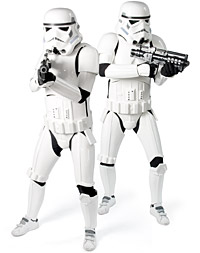 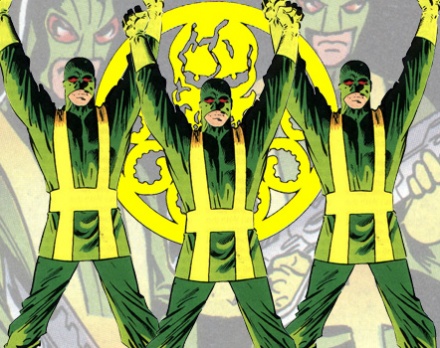