I bet that's the first time you've heard the words "frothy" and "nerd" in the same sentence and not broken out in a nervous sweat.

On your marks ... get set ... ARGUE! Next Tuesday the poll will close and we'll have our official ranking by the HeroMachine community of the greatest villains of ALL TIME! 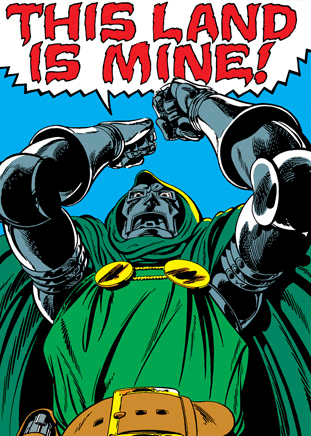 Rather than pick one of those ten, I want to sit back and hear your arguments for why you'd rank them the way you do. What criteria do you use for picking one over another? Is it sales, or impact on the main titles in which they appear, or personality, powers, or what? Is it important that we sympathize with our villains as we do with Magneto, or is it all right to find them completely alien as in most incarnations of Galactus?

Can't wait to hear what you all come up with!