Character Contest 48 was a lot of fun, thanks to everyone for taking us on a tour of your most demented, funniest, and in some cases SUPER circuses!

I've picked out the entries that I thought were either just flat-out the best, or had some particular feature I enjoyed, or that were in some other way outstanding. If you don't see yours here, it's not that it wasn't good, it's just that only a few can make it in.

First up is Kingslaughter's "Grumpy Balloon Clown", because it made me laugh and because I thought he did a great job using completely non-traditional, random parts to make up the balloon clown head in a very creative way. 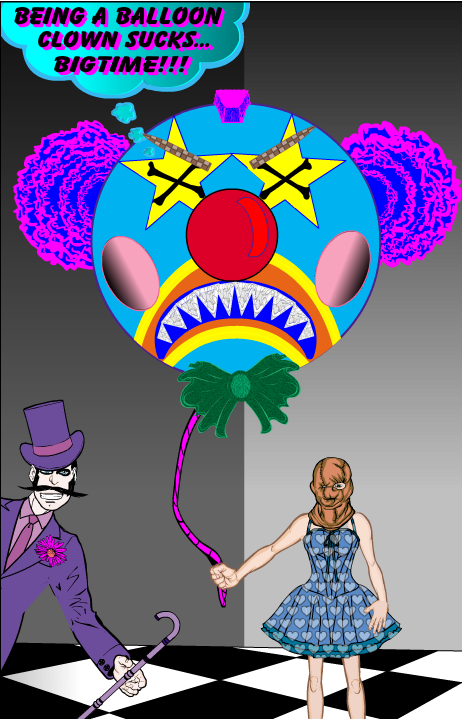 Next I picked AJW's "I don't know what it's called because he didn't tell me and the file wasn't named properly", which features a necromatic lion tamer and his out of control latest minion. What I like about this is how AJW has managed to capture the essence of the comic book panel, showing a moment that moves through time even though it's a static image of just one moment. You know what's going to happen, and what just happened, and can envision everything happening off-panel even though it's not shown. A really nice job. 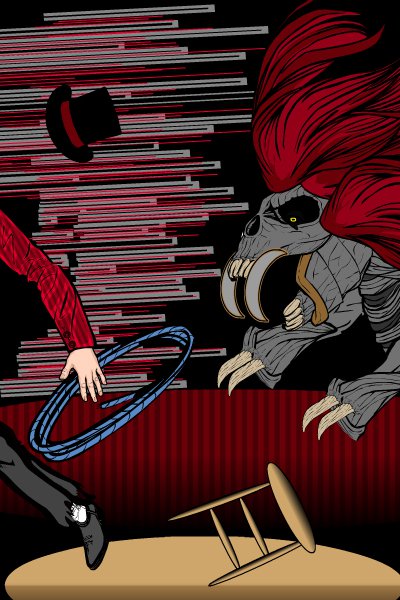 Now we come to the entries that I thought were outstanding illustrations in every way, starting with Martian Blue's "Freak Show", a poster-advertisement style collection of performers that literally made me say "wow" out loud. At the library. So yeah, I'm not so popular here right now. 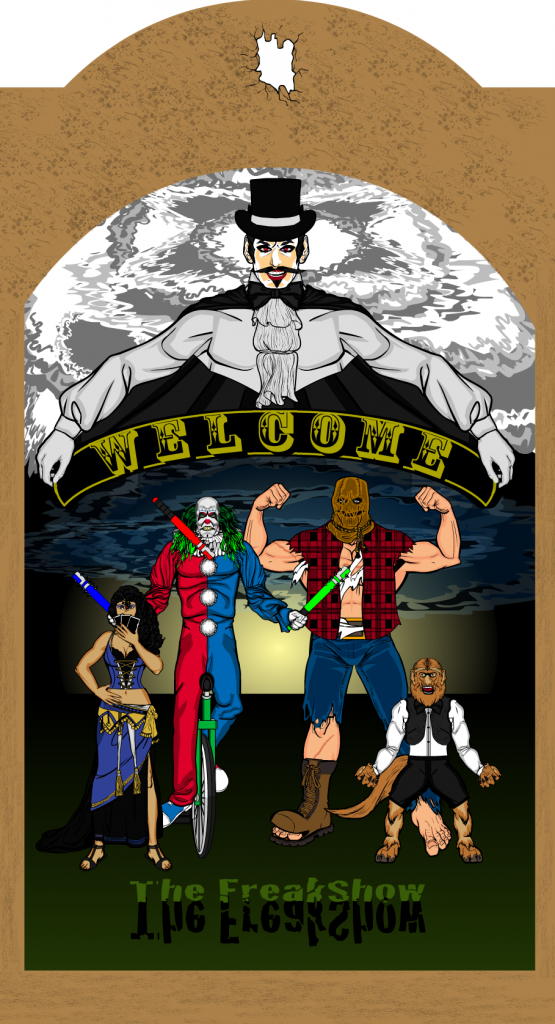 Samurai Pineapple's "Jack Zeilger" uses consistent colors to outstanding effect. I love the glowing eyes and the line color on the purple overcoat, it creates a truly creepy image. 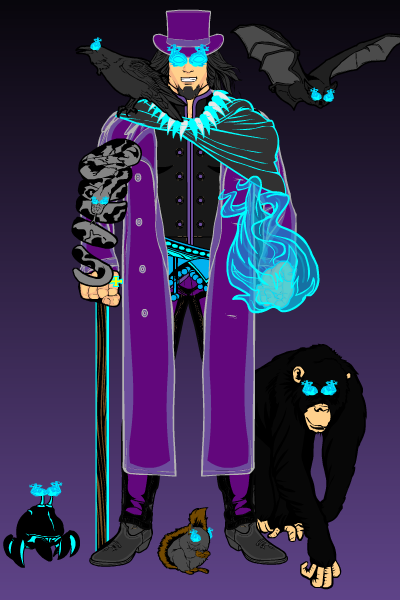 I think "Sister Foresight" is one of DiCicatriz' finest illustrations, which is saying something because the guy knocks it out of the part every week. I love love love the star effect in the hair, the shading on the dress and its smoke pattern, the fog in front of her, the blindfolded, scarred eyes, the frame, everything. Just fantastic. 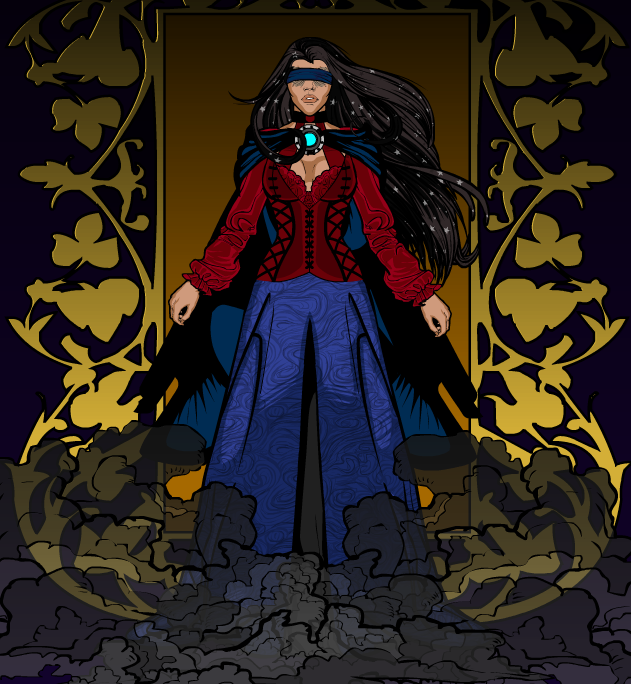 Blue Blazer turned in the best evil clown by far, with "Hysterix": 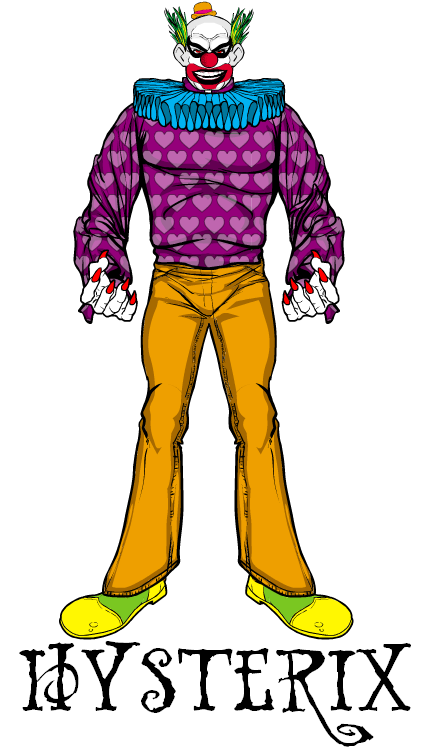 Cliff's "Cannonball Kid" is awesome. This is one of the most unique and enjoyable characters I've seen to date, giving a completely unique body type without looking forced or distorted or too bizarre. The transitions between the various body bits are almost seamless. A great, cool, unique, fun character design, exceptionally well executed. 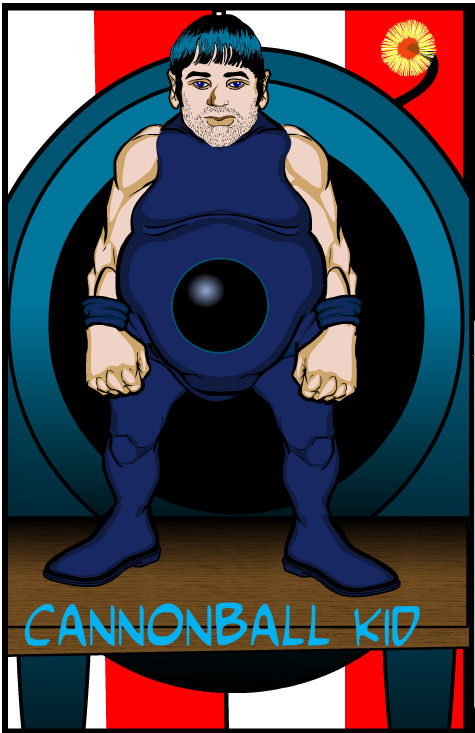 Our winner this week has won several times before, and this week turned in two unbelievable images that were each worthy of a win just on their own. To have TWO was pretty amazing, and really provided the extra edge to put this person at the top over the other entries above that were also outstanding.

I am talking of course about SpiderCow2010, who brought us first a mind-blowing elephant-amok circus scene in "Circus 911". I love how believable and specific the faces of the fleeing couple are, and how much care was put into their outfits. The elephant is totally believable as well, right down to the cape and marching hat. Stomping on the teddy bear was a perfect touch. 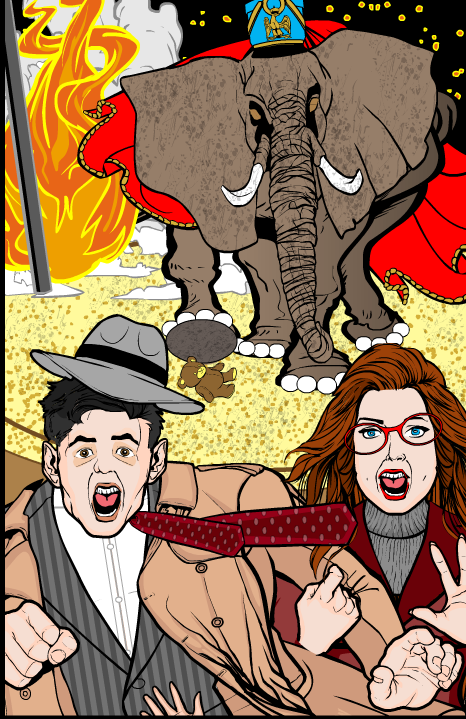 The clenching entry by SpiderCow2010, though, was "Thingmaster". I love that expression, the pose, the flying cloaks, the flame vest, just every item choice is spot-on to make an extraordinarily compelling character image. Great, great job, and definitely deserving of a win. Congratulations! 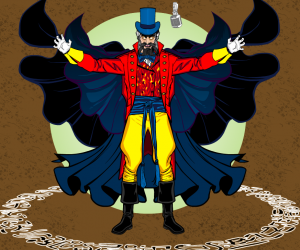 Thanks again to everyone who entered, and to our finalists for sharing the fruits of their imagination with us!