Lately I've been putting the Caption Contest Finalists up in visual format for you all to vote on one as the winner. But this week, I just thought one was so clearly the best, I'm going with it. Congratulations to the winner of Caption Contest 83, and any item or portrait he wants in HeroMachine 3, Bob Loblaw! 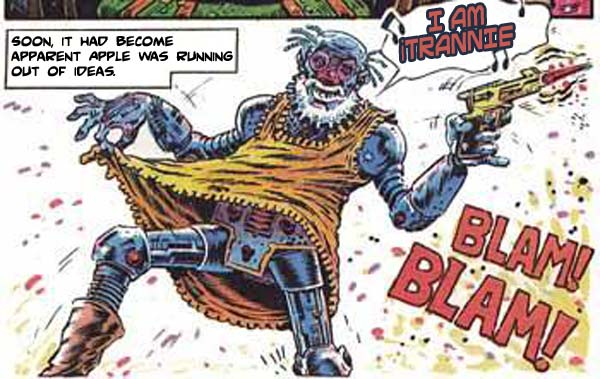 Other ones I thought were also funny included:

Nick Hentschel:
BOX: “American Idol’s” ratings continue to decline….
BALLOON: “If you like it, then you shoulda put a ring on it…”

Mr. Q :
Box: The results of the FBI saving J. Edgar Hoover’s brain speak for itself.
Balloon: Who wants to kiss the briiide?!

joel:
Box: by the last season, Battlestar Galactica was just getting desperate.
Balloon: I’m a Cylon!

Congratulations to Bob and thanks to everyone who entered! You can enter the character contest going on now, or you can wait till next week for another caption contest if you prefer.