Most of the "Versus" matchups we've thought about involved melee characters beating the snot out of each other with their fists. And I'm all for that. But the ranged specialists in comicdom have been sadly neglected, an oversight I aim to correct this week: 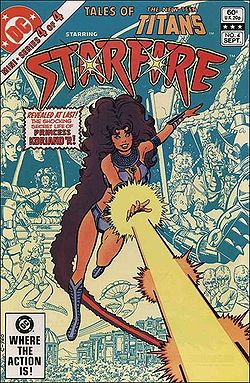 So hot you don't mind her kicking your ass.

A quick word first about what I am thinking here. First, to qualify a character's offensive arsenal had to be primarily ranged. Thus I didn't include the likes of Superman even though he has heat vision (a ranged power) because he's mostly a melee guy. Plus, come on, Superman.

Second, I wanted to think about an aerial dogfight, like a WWII Red Baron style machine gun airplane battle, only with super-powered individuals. Because that's just how I roll. So even though Green Arrow is primarily a ranged attack character, he doesn't qualify because he can't fly. Same thing with Bullseye or most of the other gun-toting people you might think of when it comes to combat at a distance.

Having laid the "ground" rules (ha ha, see what I did there?!), we can now proceed to our fanboi wanking.

So having thought through the list, I'd say the strongest contenders are Green Lantern, Magneto, Silver Surfer, and Storm. Magneto's defeated Storm easily before (even when she was backed by the rest of the X-Men!), so you'd have to think he'd have an edge here as well. As far as I know, Silver Surfer and Green Lantern have nothing metallic for Magneto to glom onto, so I think they'd fare well against him.

Ultimately, however, I think this fight would come down to a willingness to do whatever it takes to win. Silver Surfer, for all his power, has always been a reluctant warrior, and I think the outright merciless intensity of Magneto would bring him down. Ditto for GL. At the end of the day, I just can't bet against Magneto almost not matter what the contest.

What about you, who do you think would come out on top?