As I mentioned last week, today (a couple of days late) I am starting work on a special HeroMachine Edition dealing with Mechs for an upcoming product that must remain confidential until release. Since I know almost nothing about mechs, I thought I would turn to you and ask for what you would want in such a version to help you build the ultimate big robot vehicle fighting machine. 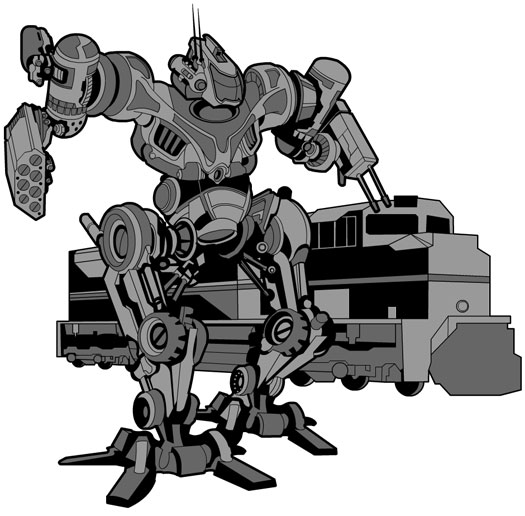 I'm going to be using some of the items I build for the last, similar attempt that got canceled and which you can find in HeroMachine 3 now -- the robot heads and arms and legs and such. But I need a lot more. If you have any ideas, I'd love to hear them in the comments.

I will probably be using a 3/4 view figure like in the old one, so the mechs will be facing off to one side. That makes placement in HM3 a bit awkward since that's a head-on view but such is life.

I've also been doing some thinking about what slots should be available, and so far this is what I have:

I was tempted to put something like Insignia in, but these guys don't usually have chest emblems, do they?

Anything you can tell me that you think I should know about building good mechs would be much appreciated.

This entry was posted in Previews, Suggestions & Ideas. Bookmark the permalink.