Many thanks to Hammerknight for once again coming through in a pinch! My internet access is up but exceedingly slow, I'll hope to address that tomorrow but we'll see. My apologies for the glacial pace of updates. 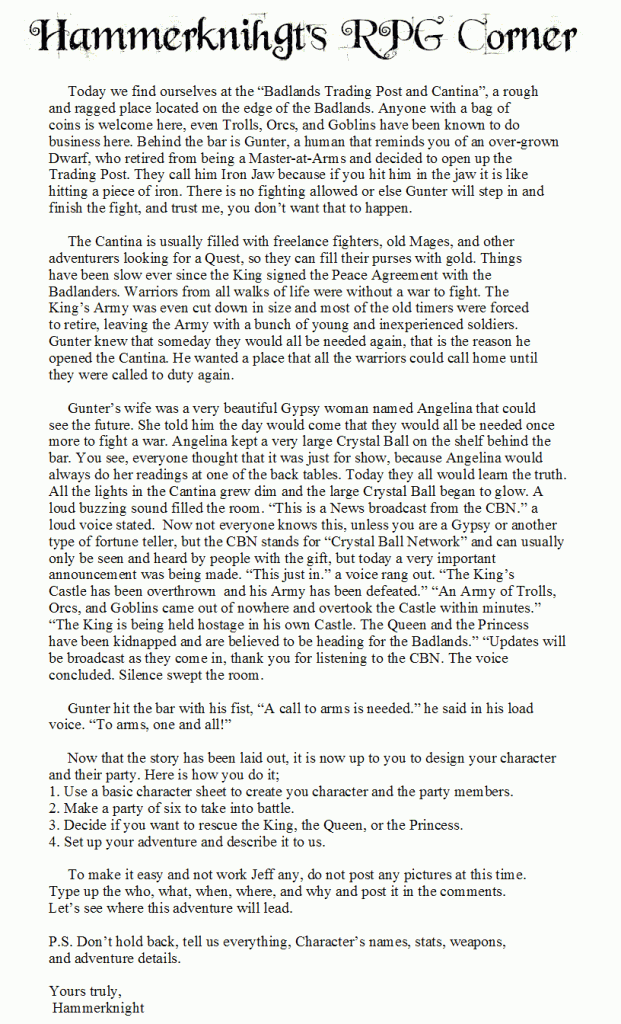