Let's don our Thinking Caps as we puff on the Pipe of Profundity as we contemplate this Great Philosophical Mystery. And yes, I know some of these have been done before, but let's not let reality get in the way of our fevered imaginations. 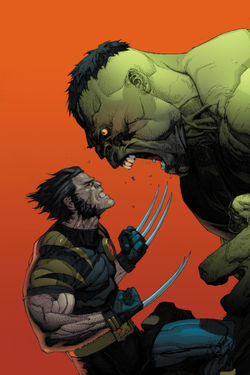 I think the Batman matchup would be the most interesting from an actual storytelling standpoint, but I'd also be keen to read a comic or watch a movie with Logan having to battle through hordes of xenomorphs.

Which would you pick?

15 Responses to Poll Position: Wolverine Vs…