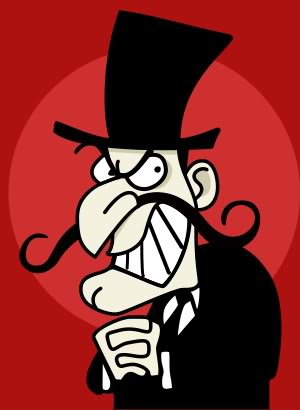 This week in RPG Corner I wanted to bring up the subject of enemies. Are there particular creatures you like to fight in your games, or a specific "boss" you remember vividly? I know in our Champions games, the players hated this character Nereid. She was a mentalist, who generally come in for a lot of abuse in that system, and they really loathed seeing her marker pop up on the battle mat. I don't know if it was the willpower-sapping entangling shawl she'd wrap around people, or the mind-controlling kisses, or what, but the hatred got almost visceral at times.

I never played in a D&D style campaign that had bad guys drawn as vividly as we got routinely in Champions, so I'm curious if the same thing happens to you in other gaming systems. Leave your favorite villain descriptions or encounters in the comments below, I'd love to hear about them.