Many thanks to everyone who submitted the great entries in Character Contest 33. I've picked out the ones I thought were truly exception for one reason or another, and at the end I'll reveal the winner of any item they like, or a portrait of themselves, to appear in the final HM3 versions.

The first pair of Twin Finalists is from Alex are the immortal monster-hunters, "Scavenger & Scout". I dug their pulp-ish look and overall sensibility. The posing was well done, and the colors just right. 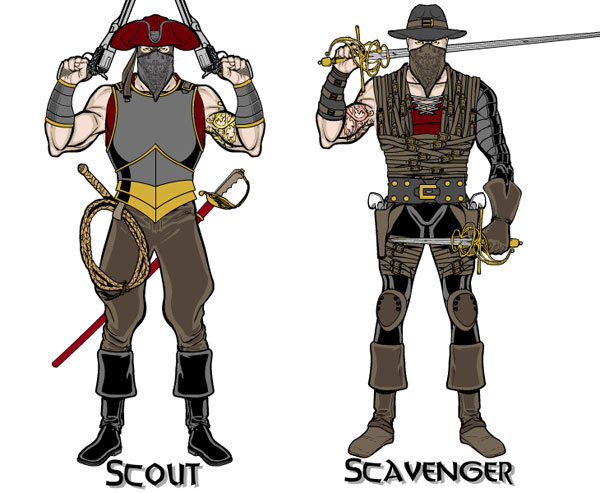 Anarchangel had an unusual entry with "n85", a self-replicating character with a sense of humor. It's amazing how that many bad haircuts all in a row look pretty good. 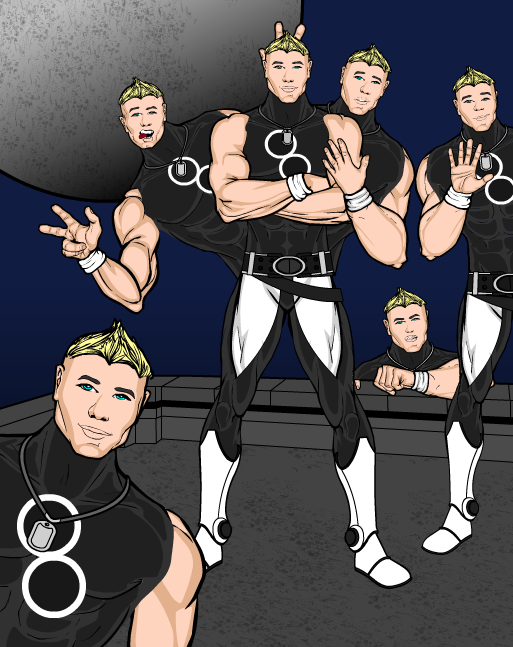 Anarchangel also submitted "Sugar & Sin", which I was thiiiiiis close to choosing as the overall winner. The environment, the poses, the outfits, the colors, the item choices, all come together to make a really convincing and fun illustration. A great job all the way around. 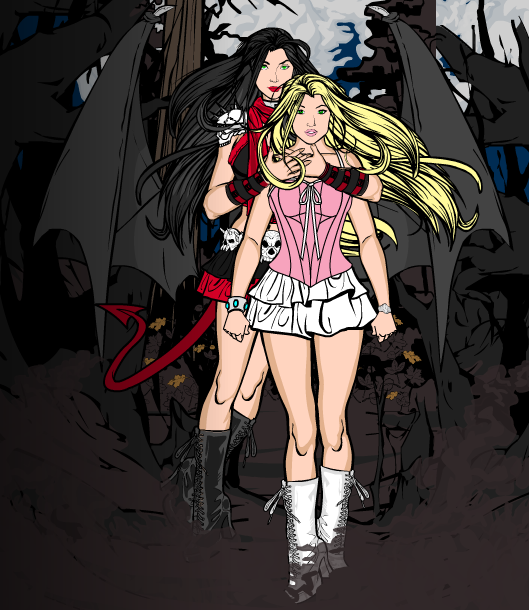 Danny Beaty once again manages to creep me out with this very bizarre, very cool, very disturbing duo he calls "Bobby Boy & Big John". Is that the banjo player from "Deliverance" I hear in the background ... ? 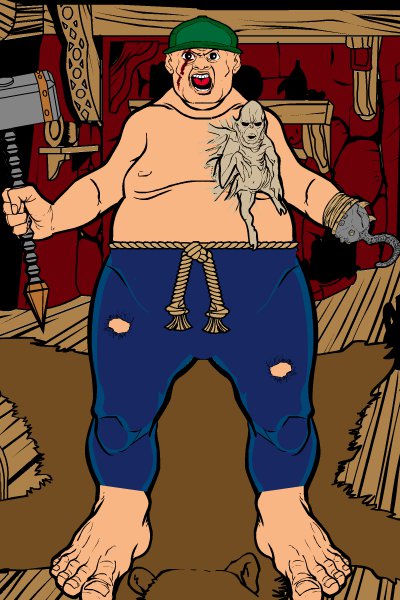 DiCicatriz consistently puts together intriguing and visually arresting compositions, and his "PsyTwins" are no exception. I love the glowing blue chains and energy manacles, the masking of the energy pattern onto their bodies and coat, and the way the figure on the right really appears to be floating slightly. The belts sized up and masked to make a strapped miniskirt effect is also awesome. 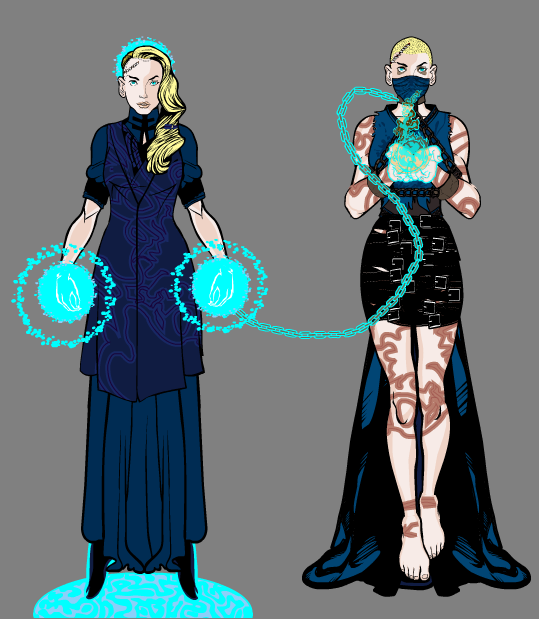 At first I thought Gargoyle323's "Sunburst & Twilight" were from HeroMachine 2 before I realized you couldn't do these kinds of things with 2.5. They look great, though, I like their contrasting powers. The costume design on Sunburst in particular I think is great, it looks very flametastic. 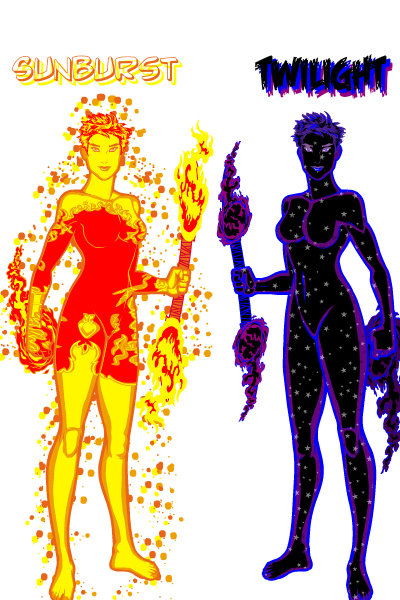 Unfortunately ineligible for a win due to the non-HM font, I still loved JRansom's use of blades to make animal-like legs for Blade. I never would have thought of that but it works perfectly. "Guns" I think is too dark to make out clearly, but his sister's great. 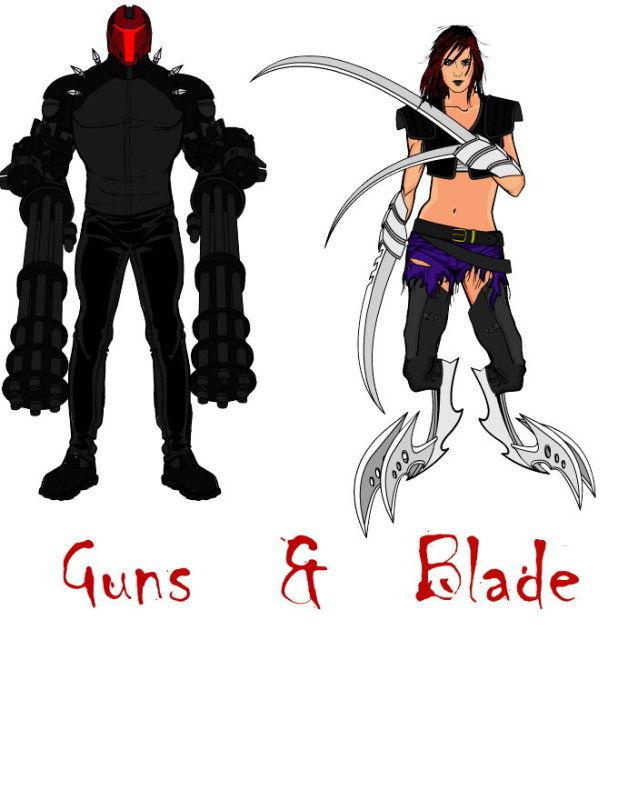 MartianBlue pays great attention to detail in his compositions and it really shows in "Billy Yank & Johnny Reb". Check out the braid on Billy Yank. And while he could have gone with a generic shoulder strap on Johnny Reb, Blue instead went the extra mile to (I think) rotate, mask, and scale the sash from Belts for a much cooler look. 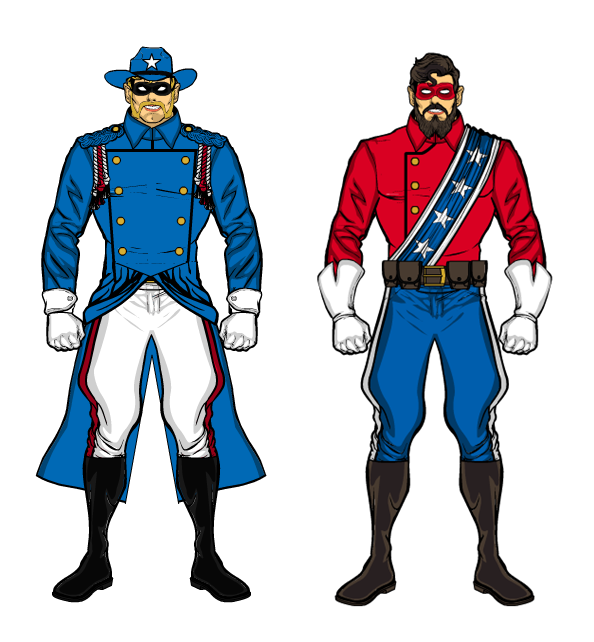 Our last Finalist is Me, Myself, and Irene for "Chrimson & Emerald". I am providing the closeup of the faces, because I think that's the real "money" on this illustration. 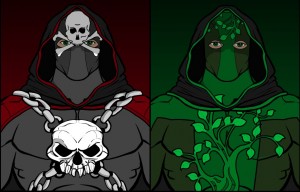 Which brings us to our winner for this week. This gentleman is, I believe, the first three-time winner of the weekly contests (not counting Friday Night Fights or special one-offs), and as I've often said, I sometimes think we share a design brain. This particular illustration doesn't blow your socks off with fancy tricks or complicated tricks, but it nails all the details. From the name, to the changes in the costumes, to the nice gradient and effects on the names, to the cool lightning in the twister tails, I just love the overall effect. Once again, congratulations to Imp! 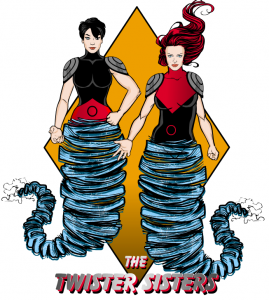 Thanks again to everyone who entered; to our select panel of Finalists; and to Imp, who, if he chooses another caricature of my head, will be banned from further consideration!