We had a great set of entries for Character Contest 15, and I want to thank everyone who took the time to put together a character. I appreciate your talent and your willingness to share your creations very much!

After the jump I'd like to present the illustrations I thought were truly exceptional, and of course the overall winner.

Before jumping into the meat of the Honorable Mentions, I did want to call attention to the disturbing and interesting "Handy Pete" entry by Demented the Clown: 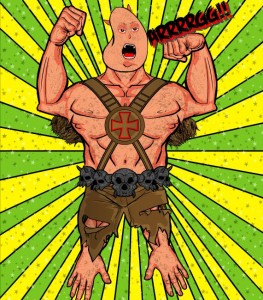 That's sure to keep you up at night, folks, although on the other hand it's nice to know that the banjo player from "Deliverance" found work after the movie faded away.

Next I wanted to highlight two entries that are remarkable for their ability to set a scene. I thought the characters depicted were nice, but it's the environment on them that really made me sit back and go "wow". Even more remarkably, I believe both of these folks are first-time entrants, which is pretty amazing.

First is an honest-to-goodness comic book panel from Lawrence Goodman: 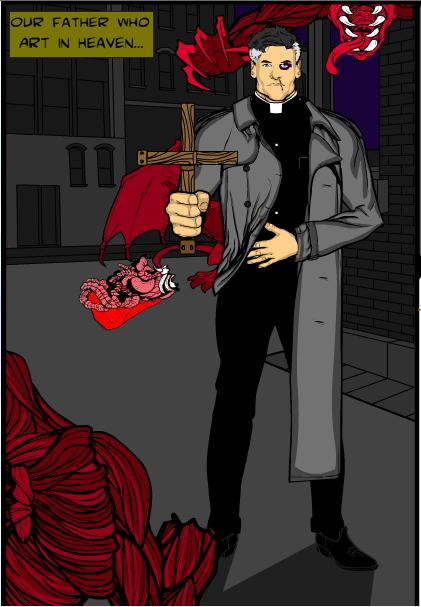 That's just some really nice work from top to bottom, with a great pose and character bits, and a very strong sense of place. Nice job Lawrence!

The second "setting" piece that caught my eye was from Novafire. This is another one of those that I just had to study for a good five minutes, trying to figure out how in the heck he did it: 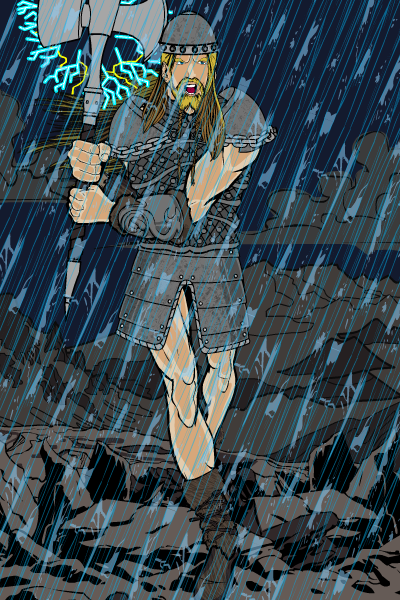 That rain is awesome. The colors and layout of the other background elements add to the overall effect for a very striking image. His other two entries for this week were also outstanding, I encourage you to go and hunt those down as well.

The next two Honorable Mentions also make great use of environment, but feature very strong character designs as well. Anarchangel almost didn't enter this week, but I'm glad he did so we could get the chance to enjoy both the blind warrioress "Aello" and the excellent forest she's standing in: 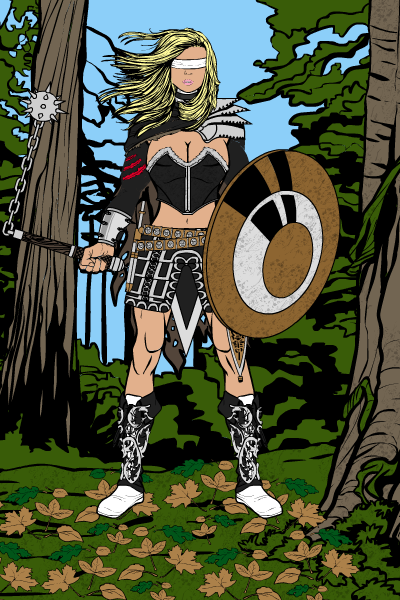 The extra scattering of leaves on the ground really nail the composition.

Remy's possibly Hulk Hogan-inspired street fighter also caught my eye with a simpler, but still very effective, use of setting to complement the black leather of the main character: 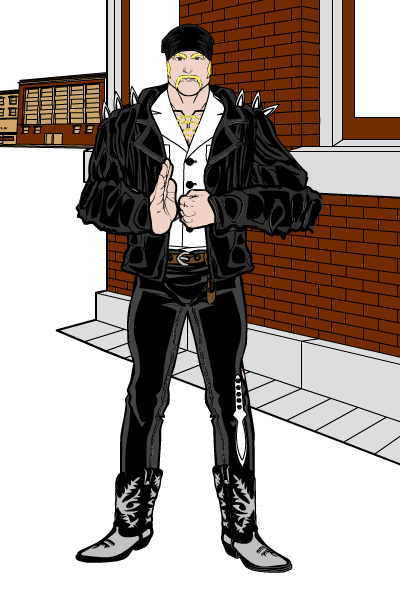 Finally, I wanted to bring you four designs that I thought overall were great examples of a warrior. First up is Kyle's robed dude holding a claymore, which, while simple, works together very well. 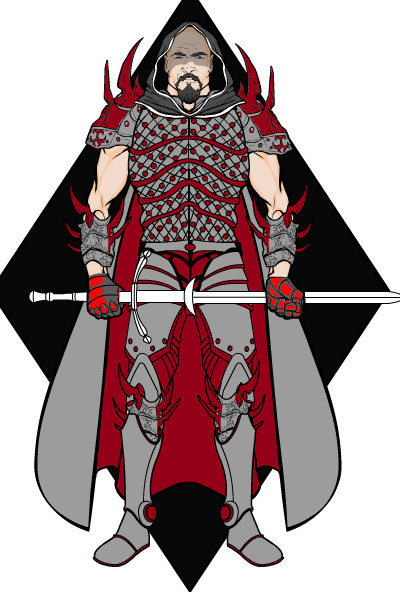 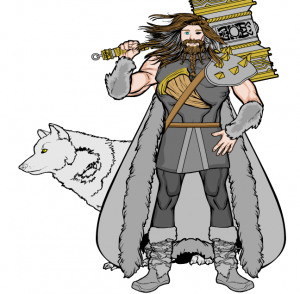 Third was MartianBlue's excellent "MalikFur" -- MartianBlue had several great entries this week, choosing just one to show was tough, but this guy I thought had a super design and color scheme: 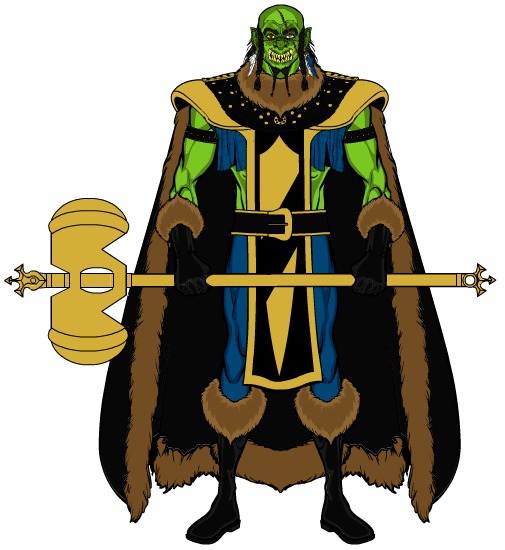 And finally, your overall winner.

You've seen him time and again in the Honorable Mention category. Sometimes I think I am harder on his designs than others due to the fact that we apparently share a brain, which hardly seems fair. But this week I just couldn't say no to Imp and his Celtic Vampire: 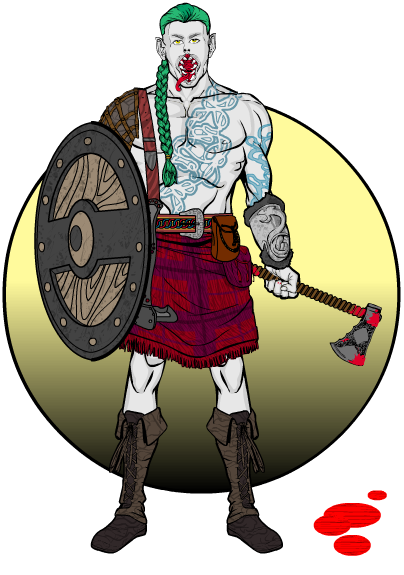 This is just a very well-thought-out and -executed character design, from the pallid skin tone to the awesome cross-body tattoo to the various costume bits. A great job all the way around, and a worthy winner in a week that saw some truly excellent submissions. Congratulations again, Imp!

Coming up in a bit will be your chance to win the right to choose either one item of your choice or a caricature of your head to be included in the HeroMachine 3 full version, so keep your eyes peeled to the site for updates.

Many thanks again to all our entries, and kudos to our Honorable Mentions and to the big winner Imp!