After the jump I have the winners of Character Design Contest 5: Fantasy Edition. That's right, I said winnerS, plural; there were so many great entries (42 different individuals contributed 186 separate illustrations, which is mind-blowing) that I couldn't decide on just one. So I'll be showing you what I consider to be the best examples from five different categories, each of which will win either one item of their choice or a caricature of their head to be included in the HeroMachine 3 program!

Many thanks to everyone who entered; as always, if you don't see one of yours called out here, it's due to lack of space and not a lack of ability or creativity on your part. There's only so much room, after all!

Best series: Several people included multiple illustrations from a series, which really blew my mind. First, your honorable mentions in this category are ... 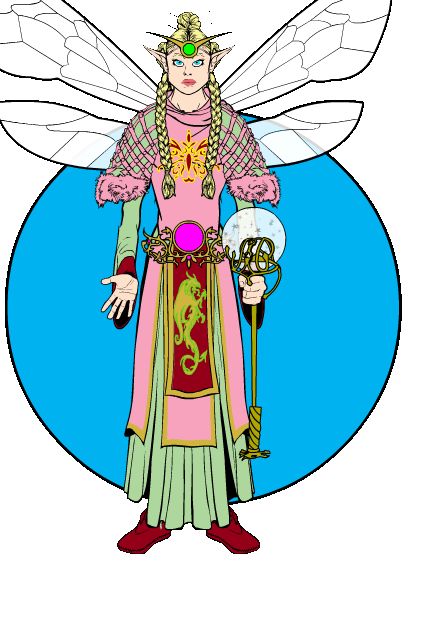 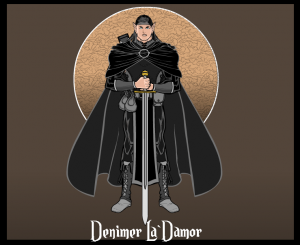 But for the winner, I chose "SilentBilbo" and his "Celestial Knights" group: 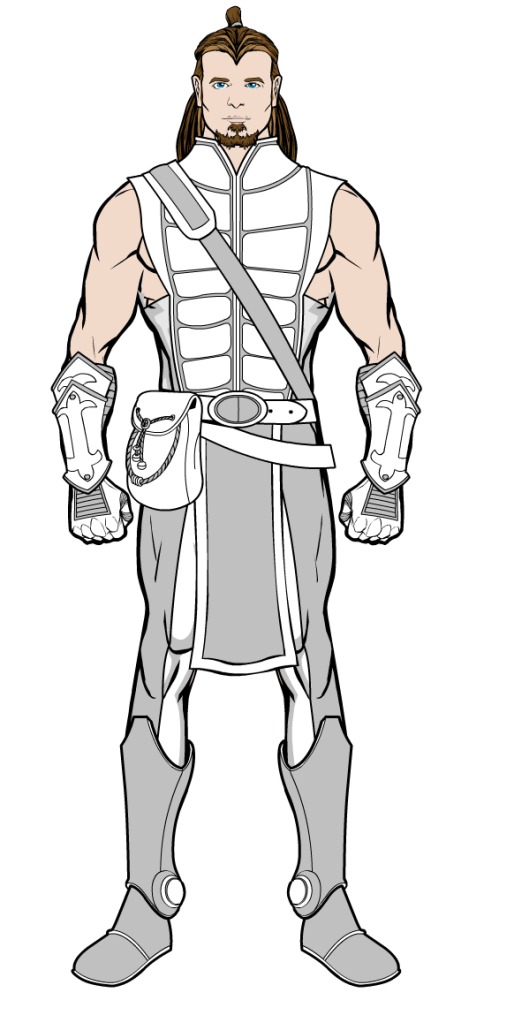 While all of the series were very strong, I liked the very clean, consistent look of the Knights and their strong sense of individuality within a group setting. Well done SilentBilbo!

Best non-human
A lot of great non-humans were submitted, and here were some of my favorites. 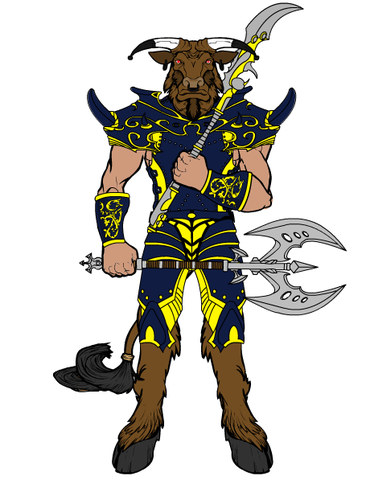 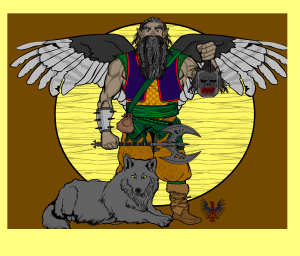 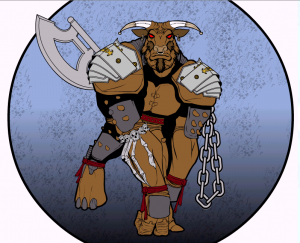 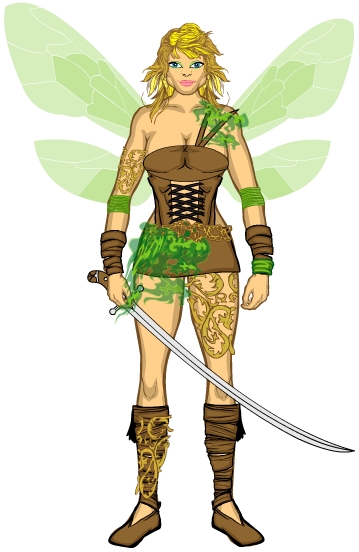 The winner, though, has to be Damien's "Fierra Feyrune", which displays a remarkable level of delicacy with patterning and the innovative use of non-standard items to create a really cool looking chick: 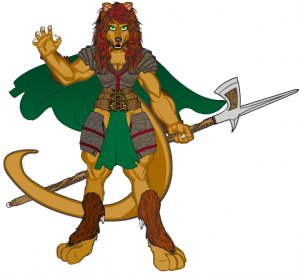 Best human
This was probably the toughest call, because there were a heck of a lot of great entries involving regular old humans. First, your honorable mentions ...
Imp's "Dwarven Merchant" -- hey, dwarves are humans! Midgets too, pal, you can look it up! 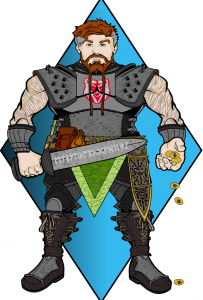 Scorp's "Rondar" -- Scorp continues to be one of the most prolific and expert users of HeroMachine, his characters really have a wonderful sense of diversity and personality: 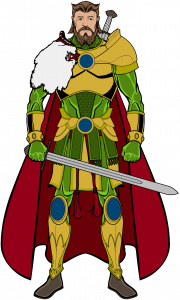 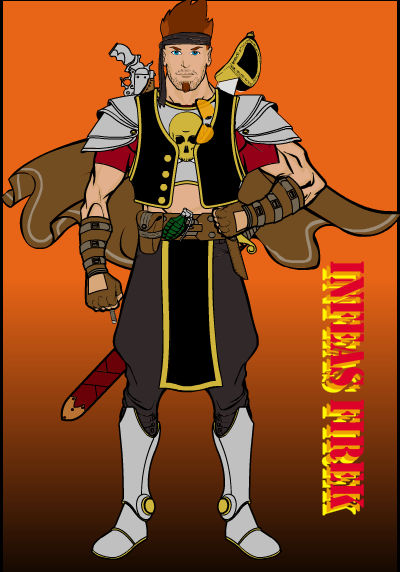 And finally, the winner is another long-time HeroMachine savant, Violodion, and his Scottish inspired "Cron'ag": 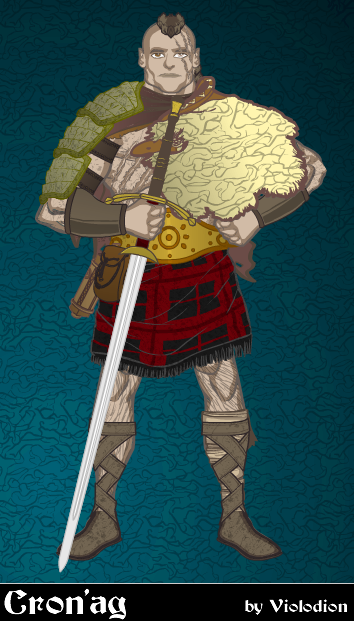 Most Innovative
How Hammerknight does some of the things he does, I frankly don't know, but somehow he got an entire scene, including walls, statues, a medusa, and an avenging Greek hero: 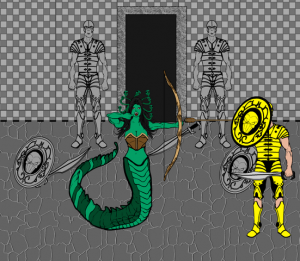 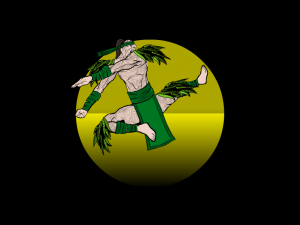 The winner, though, has to be MARX's "Barbarian Elf Chick", which got a lot of accolades in the comments, and is an awesome example of the kind of posing you can get if you're willing to fiddle enough: 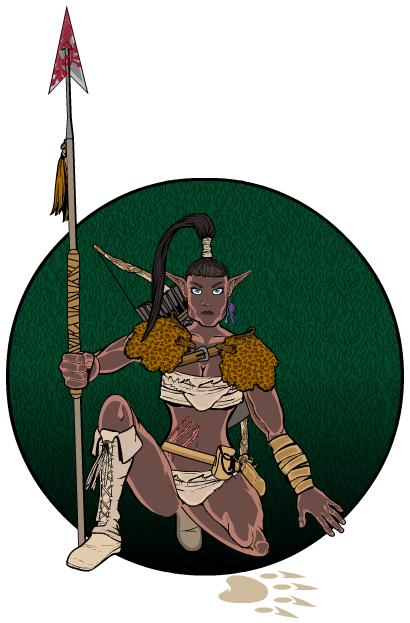 Best overall character
Finally, I wanted to choose one image to honor the spirit of the original contest, which was just to make an awesome looking character visual. Frankly, I was blown away by several of this guy's creations, to the point that he almost could have won more than one of the categories I finally settled on. So I want to give him props by putting up two of his, either of which is deserving of a win on its own. That way I don't have to pick just one, because he's a winner either way! I give you Xavier Kain's "Lizardman" and "Valkyrie", some of the finest examples of HeroMachine-sourced illustrations I have seen to date. Well done sir! 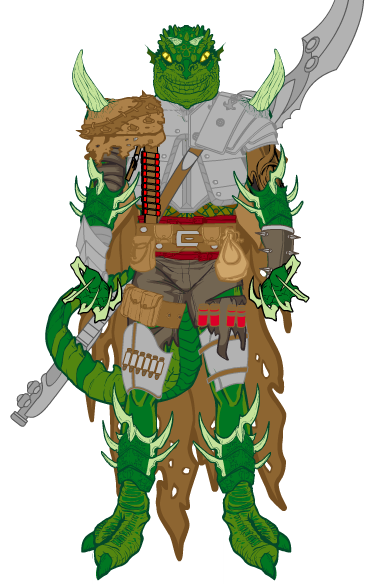 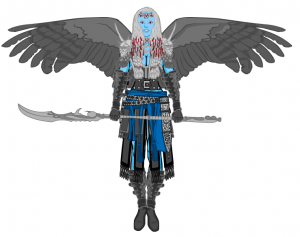 Thanks again to all of you who were so generous with your time and creativity as to share your characters with us! I hope you enjoyed seeing what everyone came up with as much as I did. And now, I am off to feed horses, but check back later tonight for the next Character Creation Contest and YOUR chance to win immortality!