The evolution of breasts

I've made an extensive study of the scientific literature*, and I haven't been able to find any data on why the breasts of humans are far larger, and far more important as secondary sexual features, than in any other primate. I was prompted to study this vital issue when noticing that the average breast size of your typical super-heroine has increased dramatically since the genre began, as you can see in the following comparison: 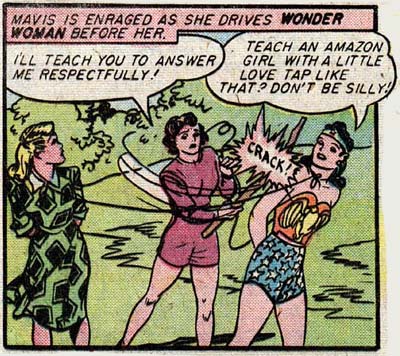 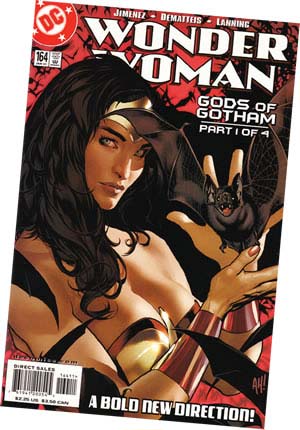 Obviously part of the difference you see in comics is a shifting of cultural norms from the 1930's to today, but the deeper evolutionary question remains relevant. Why did breasts in human become a sexual feature?

Clearly, at some point the ability to walk upright conferred a huge survival advantage, and became one of the hallmarks of early hominids. And when a primate is walking upright, guess what you see a lot more prominently than when it's hunched over walking on its knuckles?

Having visible breast development, then, meant that the female in question was unquestionably walking upright, which was the primary survival trait getting selected for. Women walking upright showed more breasts, signaling they were both sexually mature and were walkers. Their children were better adapted to the new upright style, and survived in greater numbers, carrying along the larger-breast gene almost accidentally.

Over millions of years, sexual selection and competition took over and you get the "peacock effect", where a secondary sex characteristic gets over-exaggerated in a runaway sexual arms race. Or breasts race, in this case. You see it with peacock tails and turkey feathers and the bright red plumage on male cardinals -- one gender gets some relatively harmless adaption tied to other desirable traits and the next thing you know the entire nation of Argentina's in queue to get breast implants.

I have no training as a biologist or evolutionary scientist, but I did sleep at a Holiday Inn Express last year, and I have furthermore made an extensive study of breasts in my capacity as Jeff Hebert, Professional Comics Type Illustrator, so I think we can all agree that I'm right.

But I better keep looking just to be sure.

*(Meaning I leafed through some old Sears bra catalogs and then some more recent issues of "Victoria's Secret".)

19 Responses to The evolution of breasts