While going through the hundreds of entries for the UGO Modern Warrior contest (don't forget to vote for a winner!), I pulled out several examples of creative use of the program to show what it can do. I'll post them below the fold with a little explanation of why I thought each was noteworthy. 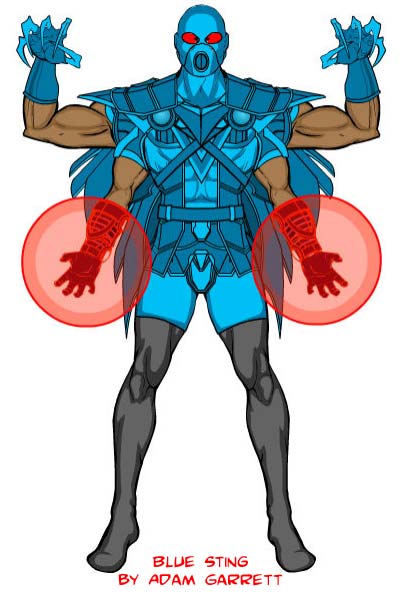 The four arms are nice, but I think I posted something similar early on. What really caught my eye, though, was the nice glow effect on the hands, which I think is a set of simple circle Insignia made partially transparent. The detail that nails it is the red line color on the hands in the glow, that's a very nice touch. 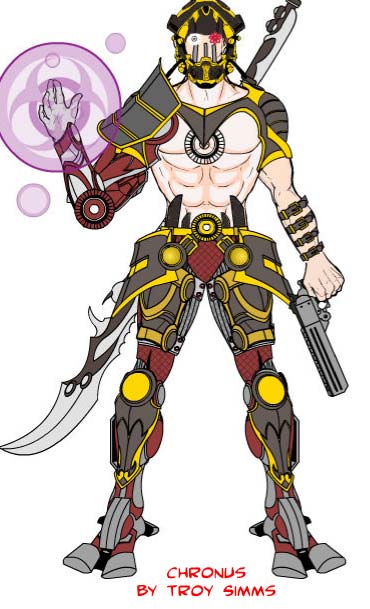 Duplication and movement can basically let you create all-new items, as you can see on this character's belt. It consists of the dynamo-looking Insignia and two Shoulder pads, along with a base strap belt. The muscle-pose arm with the open hand is well done also, and again you get a really nice glow effect on the hand using an Insignia. 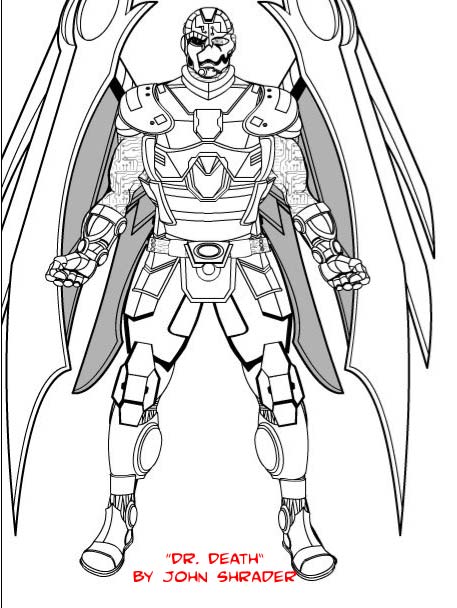 I picked this one to show how he's basically made a Brick type of body by scaling the body horizontally while leaving the arms and head the default size. This is the kind of thing you can do with these tools to get varying body templates all within the same set of items. And I don't have to draw everything twice! 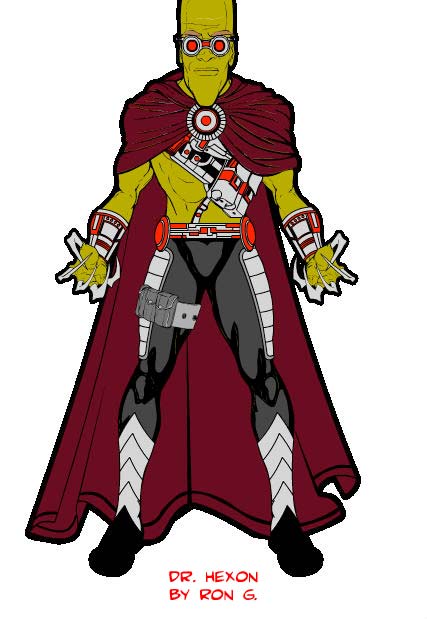 Besides the outline feature (which I think really brings an image together), obviously Ron's done a great job replicating a Martian style head here by judicious Duping of the Head and scaling the pieces. 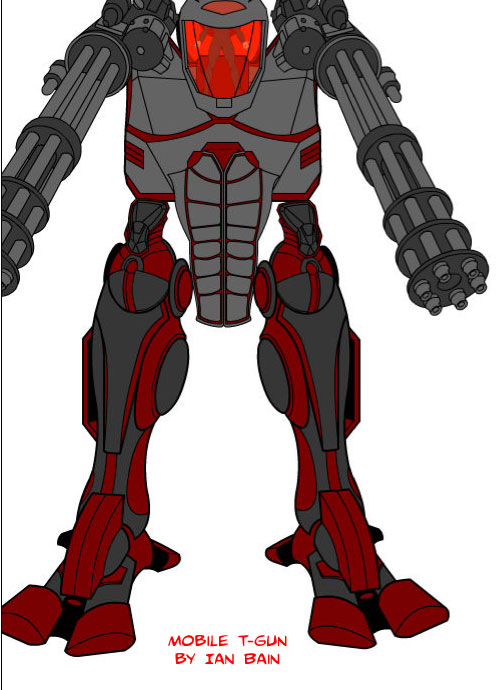 I thought this was very creative, really moving pieces around to create a character that isn't human at all. I also really liked the Body reflected in the helmet mask, that's pretty neat. 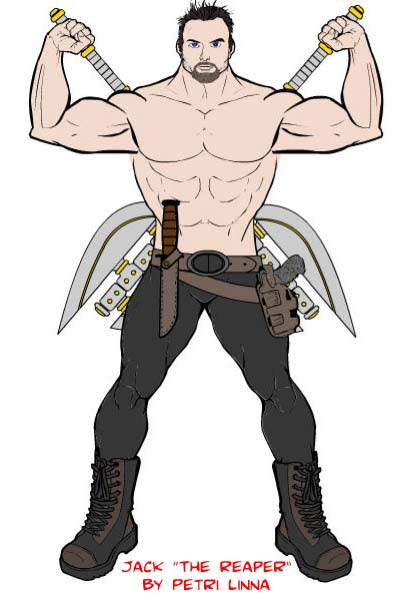 Finally, Petri deserves a lot of credit for putting together a Brick type of figure, in a different pose, that's just not possible to make in any other HeroMachine version. The position of the arms, and the use of the hands to grip the duped Items on the back, makes for a convincing new template type.

I learned several things looking through the contest entries:

I'm really glad UGO ran the event, it was very helpful to see the kinds of things people "got" and didn't get. I think it's going to help HM3 be that much better, so thanks to them and thanks to everyone who entered!