Random thought: Is Catwoman essentially a Furry stand-in, and is that why she's so popular?

Negative corollary: If this were true, Tigra would be more popular, and she's not. 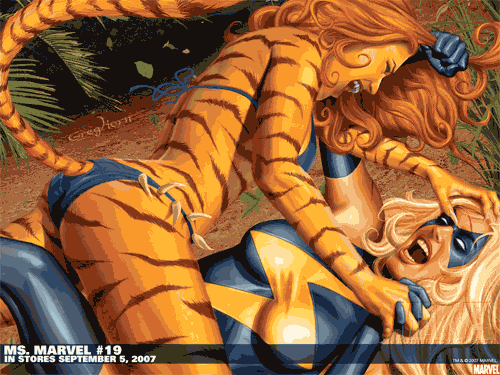 Positive corollary: Catwoman is teh hawtness: 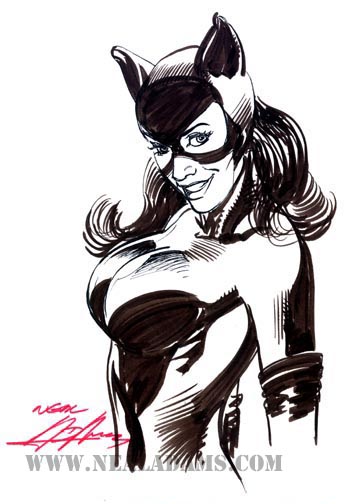 (With apologies to Neal Adams; to make up for my theft of the image go over to his site and buy it!) 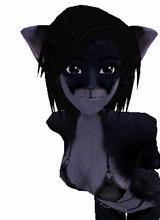 The point is that people instinctively look for someone lower on the social ladder to make themselves feel more normal. Those of us in the geek culture (and I certainly include myself in that group) have at least some stigma on us, so we dump on people who are even geekier. But look, being different is part of what's good about being a geek. That reflexive denigration, in my opinion, weakens one of the core pillars that make geekiness attractive, that sense of inclusion and tolerance for -- even celebration of! -- weirdness and difference.

People make fun of Furries, while at the same time gobbling up Catwoman merchandise like no one's business. And if you think Playboy Bunnies have rabbit ears and a cotton tail by accident, you've got another think coming. And that was thought up by Hugh Freakin' Heffner, the King of Cool!

So get out there and hug a girl in a cat costume today, you'll make the world a better place.