The prize for Caption Contest 25 is done, and we're happy to bring you SpiriTech0! The description Jose sent was:

His codename is Spiritech-Zero. He is an armored psychic warrior. A psychosis prevents him from remote-viewing, so he's a hands-on kinda guy. He wears modern military fatigues, helmet, and equipment belt with holstered pistol. His armor consists of spiked gloves and shoulder pads. A striped mask, knee-protecting boots, simple breastplate, and techno-wings for shields complete the armor. He wields a polearm with a crystal at the end through which he focuses his energy. He's a paranormal mix of military tech and mystical knowledge.

And after much tweaking, we arrived at the following illustration: 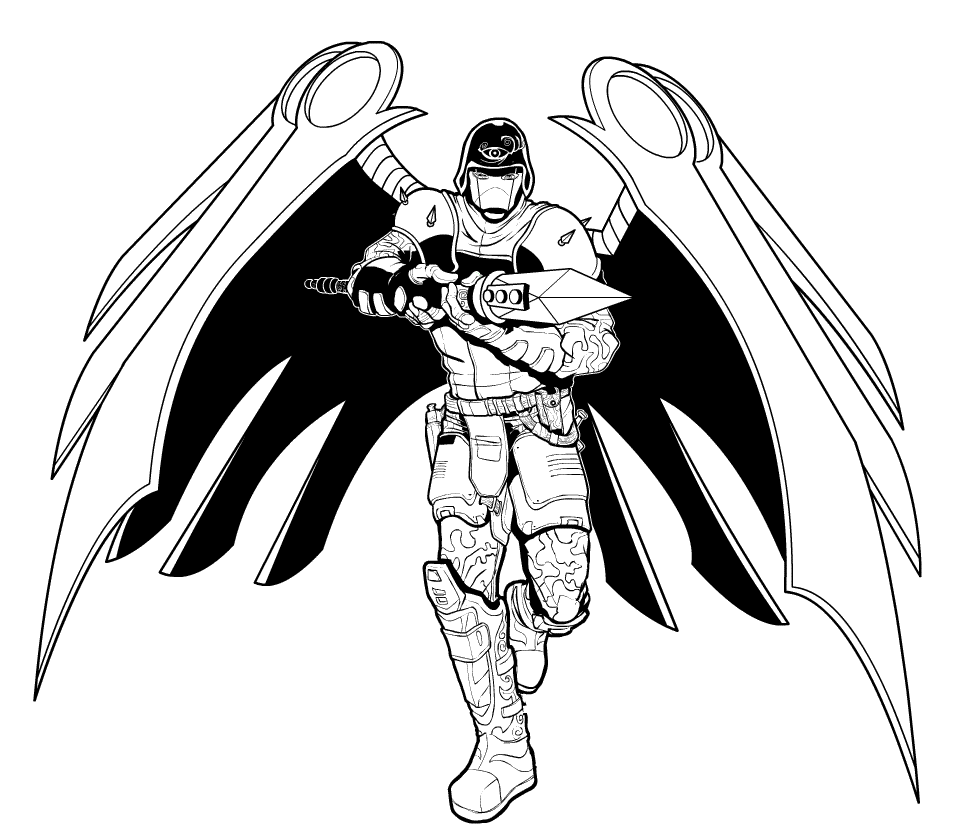 Want to win your very own custom black and white illustration of whatever you like (within reason)? Put on that Funny Cap and head over to Caption Contest 28, going on now!