Leaping out from the pages of my ten randomly selected comics this week was one pulse-pounding theme: Fashion Week. Haven't you ever wondered where comics artists get their ideas for costumes from (besides whatever's lying around the apartment at deadline, that is)? Luckily for you, we've got the interview to tell you! 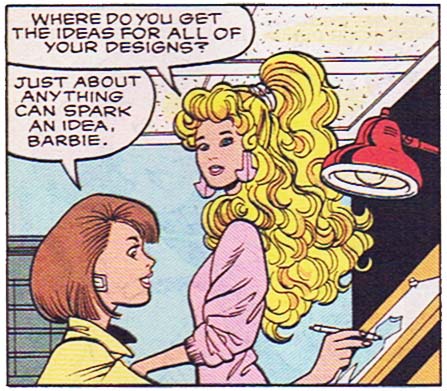 "For instance, I designed this pullover for ultra-thin heroin-chic-heroines who want to tell the whole world their waist size, but who don't want to be recognized doing so!" 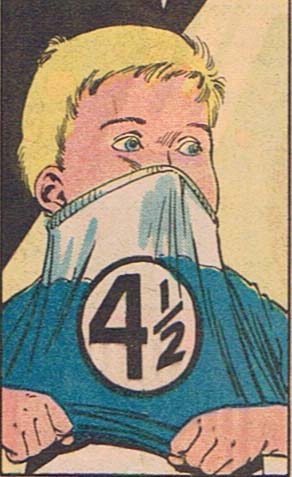 "Sometimes the men are hard to convince, but if you're going to have 'Stranger' in your name, I say you should look strange, and what's stranger than a fashionable sixties-era gold medallion, chained cloak, and sporty fedora, especially when matched with white gloves and a mock turtleneck?!" 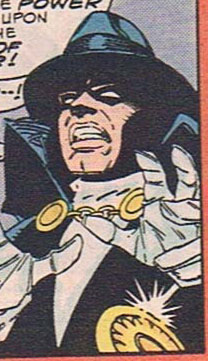 "Of course that was nothing compared to the effort of getting Rick Flagg to wear my gorgeous cowboy boots, Bavarian knee socks, sleeveless leather vest with popped color, black business tie, and knee-length rolled-up Boy Scout shorts, but luckily he went for it!" 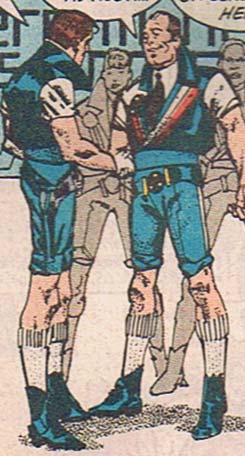 "I'll never forget the great reaction from the crowd at the Milan Fashion Show, they loved that American Flagg costume as much as I did!!"

"I love it when I get ideas from old movies, so when SHIELD came to me for new agent uniforms I jumped at the chance to introduce my 'Producers'-inspired ensemble, along with a new eye patch for Nick!" 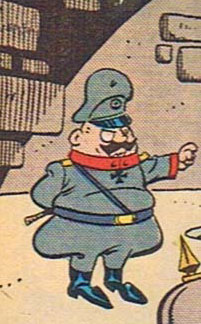 "But I don't want to forget the everyday people, the little people, those who keep us going every day, who have also inspired some of my great super-hero designs like the one for the gender-sensitive crusader ..." 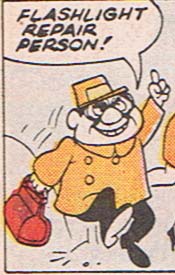 "Of course sometimes you've just got to go whole hog and throw in the kitchen sink, for that one-of-a-kind 'I was drunk when I designed this' look!" 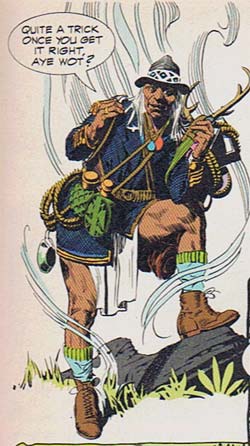 "In fact, I think I have a YouTube video here from that period in my design career ..." 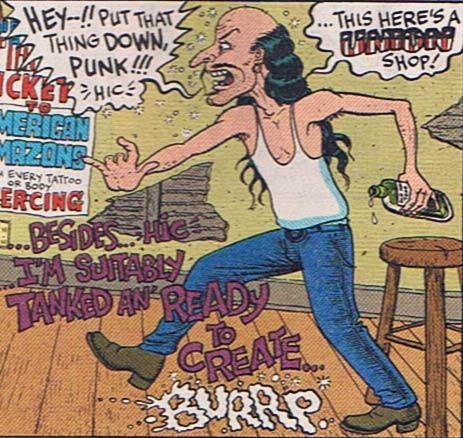 Meanwhile, behind the camera ...

"Ha ha, maybe she needs an eye doctor, but otherwise she's fine, or so say I, Barbie, Ace Reporter, and now back to the studio!"

The images above are from the following comics, in order of appearance: