Mashup 19: Any landing you can walk away from …

Fire and steel rain from the skies in this week's edition of the Monday Mashup, wherein I take one (and only one!) panel from each of ten randomly selected comic books to make a somewhat coherent story. With that we jump right into our tale of secret government tech and drunken bar fights. 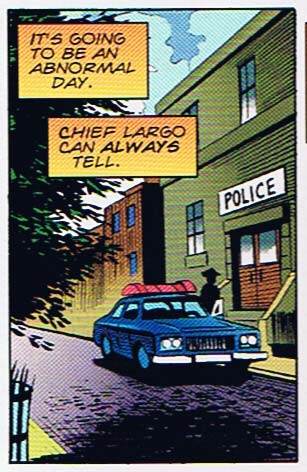 Largo has no idea how right he is, as Air Force test pilot Jack Jacobson walks into the town bar to unwind ... 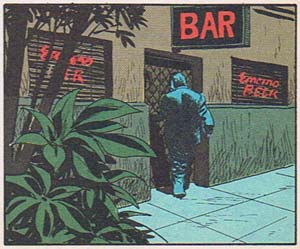 His dreams of a quiet retreat are quickly shattered by Ron Samuels, a small-time hoodlum with big-time plans. 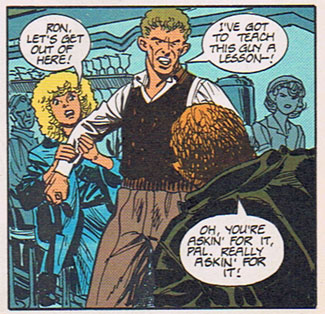 Jacobson's confidence is short-lived, however, as Samuels proves to be quite a tough customer. 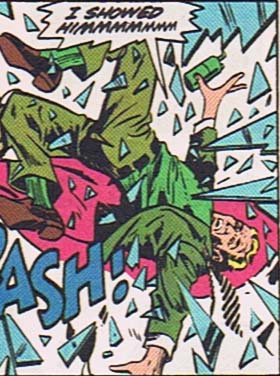 Before the local police (led by the prescient Chief Largo) can arrive, Samuels has dragged the unconscious pilot back home, sharing a daring plan with co-conspirator Hank Rollins.

Rollins, uninspired (to put it charitably) by the plan as he is, nonetheless agrees and the pair quickly force Jacobson to smuggle them aboard his secret test craft, planning on selling it to the Chinese for a nation's ransom.

Rather than let the pair get away with their treasonous plan, Jacobson flips a hidden switch, turning off the ship's stealth capabilities, drawing a rapid response from Strategic Air Command. 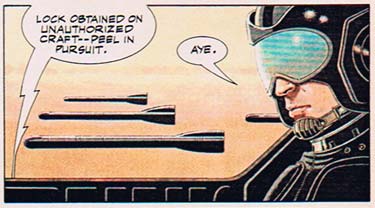 Missiles overwhelm the hyperdynamic fighter, despite the fears of his colleagues for Jacobson's life. 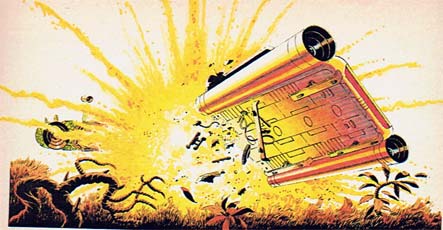 Luckily he is able to trigger his own ejector seat just before the crash, leaving the two erstwhile conspirators to their fate.

The pilot, narrowly escaping a fiery death on the desert floor, recovers physically, but the emotional wounds will take far longer to heal ... 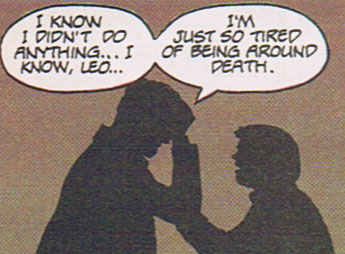 An international plot foiled, two men's lives ended, and an American patriot saved, but at the cost of a key element in the nation's secret arsenal; Chief Largo finds scarce comfort in the fact that his presentiments were directly on target, for it had been an abnormal day indeed.

The panels used in today's Mashup are from the following issues, in order of appearance: