Each week I take one (and only one) panel from each of ten randomly selected comic books and try to forge some sort of coherent narrative from them. This time I've found myself (somewhat to my surprise) in the middle of a full-blown morality play, despite being given comics featuring Superman's debut, a search for missing soldiers in Viet Nam, and some of the funkiest, wildest stuff I've seen in a "Judge Dredd" issue.

With that, we're off!

Several decades in the future an adventurous couple continues their trek to the libertine capital of an Earth that has become a decadent place of gambling, licentiousness, and violence ... 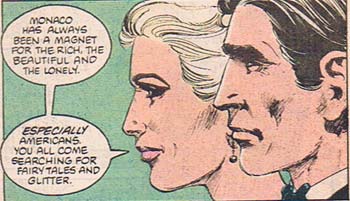 The pair of thrill-seeking adventurers continues towards the fabled city of sin, but the trip seems interminable, and their worry grows that one of the roving gangs of thugs rumored to surround the city will assault them before much longer. 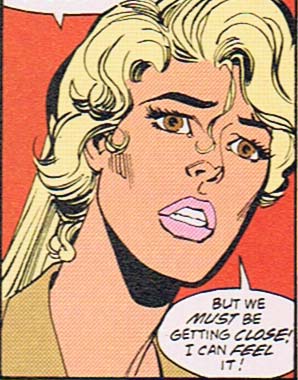 Unfortunately their fears prove all too well-founded, as just outside the safety zone they get assaulted. 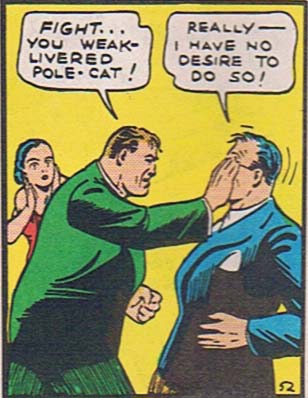 The gentleman's hopes that one of the two Monaco Police Gangs will soon ride to the rescue are dashed by a gleeful gang leader. 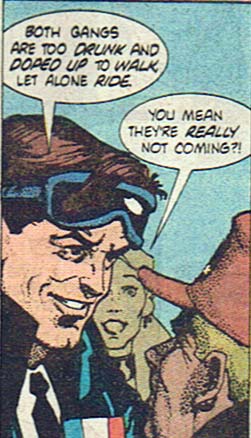 With the news that the couple are truly on their own, the seemingly foppish young man's countenance quickly become much grimmer and more powerful. 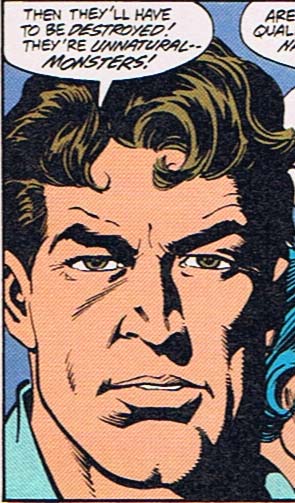 Undaunted, the gang members give the tourist a fighting chance. 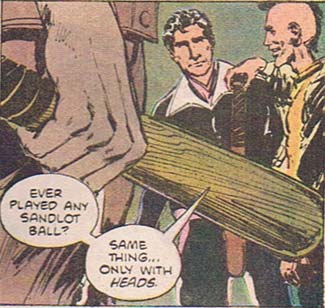 Meanwhile, back at the Monaco PartyHub the couple's friends watch the entire episode via satellite spy cam.

Before the conflict between the couple and the "gang" get too violent, all is revealed as a practical joke by the world-weary party-goers. 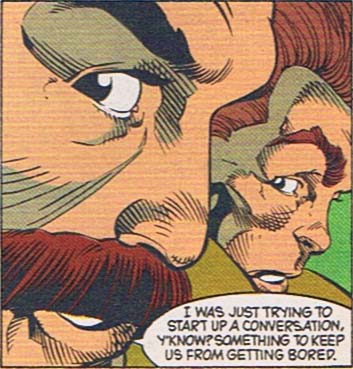 The other party-goers laugh uproariously at the successful prank and continue in their wild abandon. 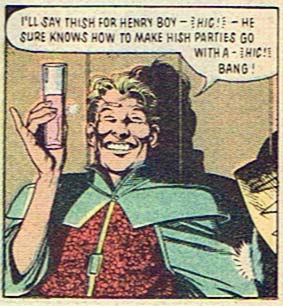 Strangely, the young man who came so close to unleashing his righteous anger seems more sad than relieved at his sudden reprieve.

For in that one searing moment when true death seemed to hang on a knife's edge, he has -- at last -- come to realize that a life lived as a series of pointless jaunts from foolish party to foolish party is no worthy life at all. Perhaps -- just perhaps -- something new has been born in his heart on this day, a desire to make something more, something real, out of existence.

Images in this week's Mashup in order of appearance are:

One Response to Mashup 18: That Henry throws a great party